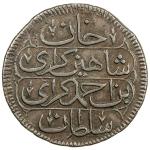 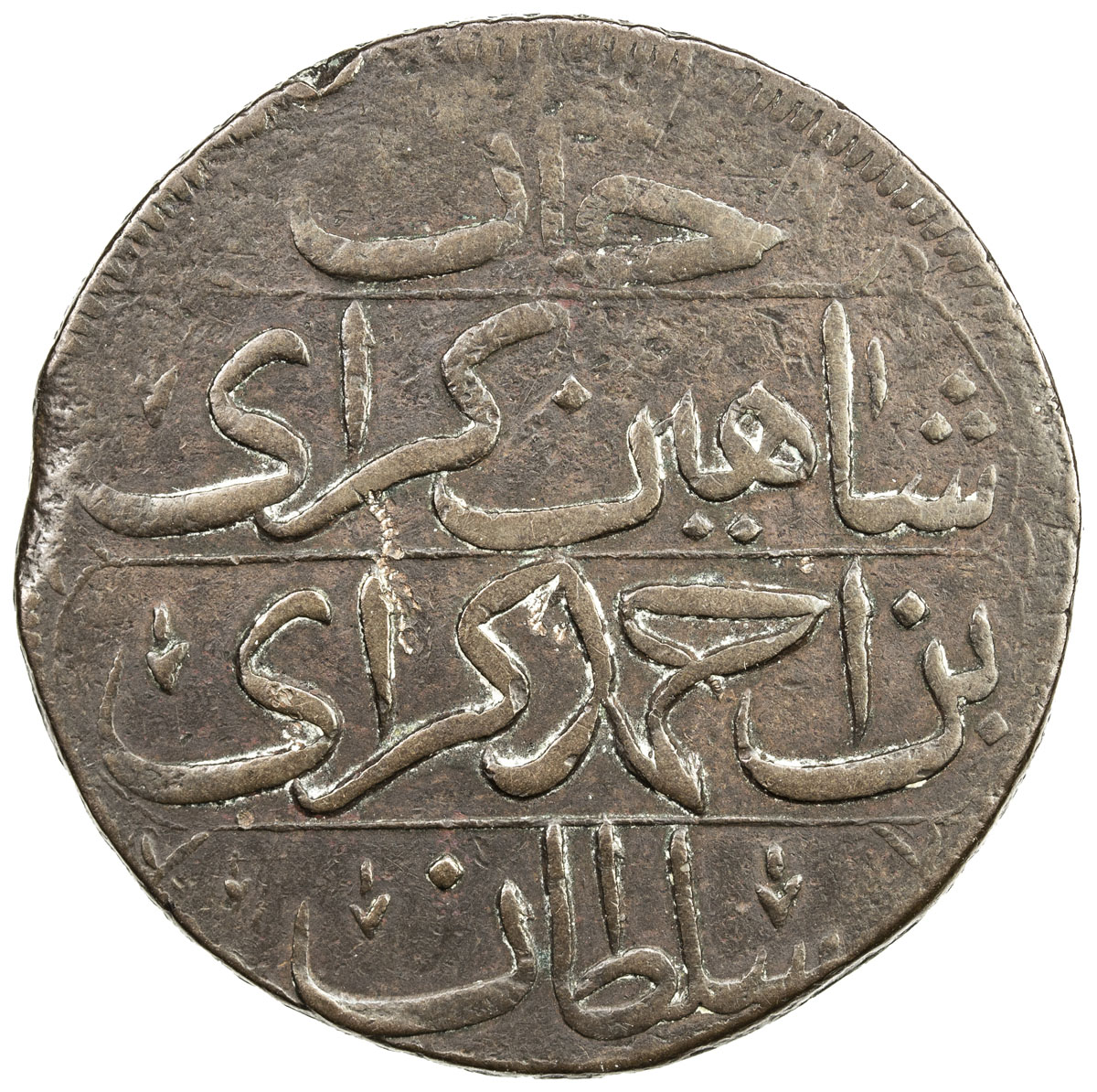 GIRAY KHANS: Shahin Giray, 1777-1783, AE kyrmis (49.47g), Baghcha-Saray, AH1191 year 5, A-A2118, 2nd series, floral pattern edge, small mint clip error on edge, VF, ex Karl Adolphson Collection. Karl Adolphson (1884-1971) was born in Silvberg, Säter, Dalarnas County, Sweden on July 30, 1884. He was a lawyer (advokat) and operated his own law firm in Helsingborg, Skåne County, Sweden. He was married to Märta Maria Pettersson and together they had one son, Svante Ullvius who was born on April 26, 1925. Karl was an avid collector and assembled a vast collection of antiquities and coins. After he died in 1971, his widow and son sold many coins to a local coin dealer in Helsingborg. This firm continued to purchase coins from his son Svante until the 1990s. The only differences between the 2nd and 3rd series kyrmis are (1) the weight standard, and (2) most importantly, the edge, which has a floral pattern on the 2nd series, but oblique reeding on the 3rd series. So long as the edge style is known, a year 5 kyrmis is easily classified, including the occasional specimen with a weight somewhere between the 2nd series and the 3rd series standards. The same classification applies to the kopeck and the denga. There is no design change between the 2nd and 3rd series.