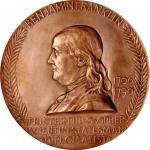 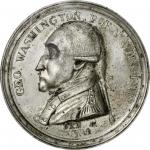 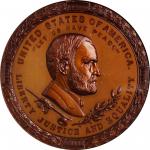 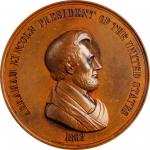 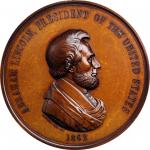 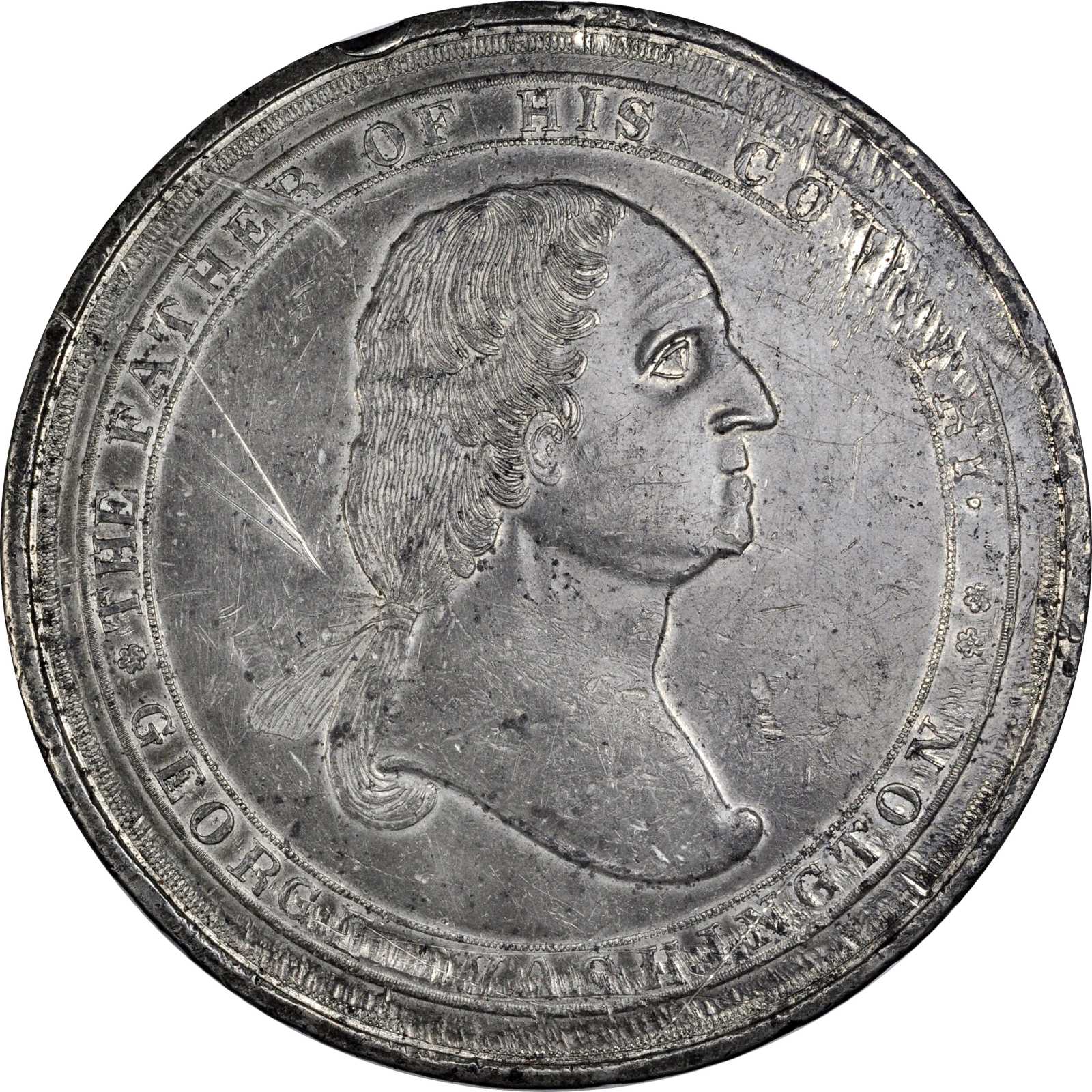 Prucha-63, Belden-68, Musante GW-165, Baker-173R (Rulau-Fuld). Pewter. Extremely Fine.88.3 mm. 2132.5 grains. Glossy and fairly uniform light pewter gray on both sides with light silver gray highlights remaining in the protected recesses. Only a few minute specks of oxidation are noted. A few scratches, minor rim bumps and other scattered marks are seen, including a series of blunt marks close to the obverse rim in several places that weaken elements of the legend. However, overall the medal offers exceptional sharpness of detail and very nice aesthetic quality. The original copper suspension loop is lost, but this provides us a view of this particular detail of construction. The loop had a post set into the edge of the medal, before the entirety was soldered on. With the loop lost, the remaining small edge hole at 6:00 is clearly visible.The complete story of this medal is unknown, though an interesting theory was proposed in our November 2020 presentation of the other Ness Collection specimen. What we do know for certain is that the medal was produced in St. Louis, by B. Mead, the same die sinker who produced the slightly more famous fur trade medals for Pierre Chouteau’s Upper Missouri Outfit and those for Union Fur Company. Mead’s output seems to have been very small, as all of these medals are very rare today. We believe that Mead was Benjamin Wicks Mead, who spent time in Boston, Massachusetts, and Dayton, Ohio before arriving in St. Louis and being identified there as a die-sinker in newspaper notices of 1841 and 1842. We are aware of three other mentions of tokens or medals by Mead, but we have not even seen images of them.When this medal was last sold in our October 2006 Ford Sale, Part XVI, it was noted to be accompanied by an old paper exhibition label stating that it had been exhibited at “Birmingham Missionary Exhibition” and that it had been loaned by “Lord Hatherton.” It gave the following additional history: “Medal given to the chief of Sioux Tribe before he fled to Canada.” As briefly discussed in our Ford sale, the title Baron Hatherton was created in 1835 for Edward John Littleton (1791-1863) and successively held in the family since. Edward John Littleton does not seem to have any connection to Canada, but his grandson, Edward George Littleton, the 3rd Baron Hatherton, did. He served as military secretary to the Governor General of Canada between 1875 and 1879, and probably acquired the medal at the time. The exhibition tag is no longer associated with this medal, unfortunately, but it is important that this piece of history not be lost. A “Birmingham Missionary Exhibition” took place in Birmingham, England, in October, 1896, and it is said that preparations for the event took a year. That Lord Hatherton established an Arboretum in Walsall, about eight miles from Birmingham, in 1874, illustrates that the family was civic-minded. The Arboretum was intended as an event space for small exhibitions, etc. The 3rd Baron Hatherton died in 1930. Interestingly, the 5th Baron Hatherton died in 1969, the same year as the Sotheby’s sale that put this medal on record. As is the case with the Benjamin Harrison medal offered above, this piece is a great rarity and another remarkable duplicate from the Larry Ness Collection. There are only eight examples known to the writer and five of them are in institutional collections. To acquire one of the remaining three is a notable feat, but the possession of two is extraordinary. We are delighted to be able to offer this piece once again. It is a fascinating artifact of the American frontier in the 1840s, and considering the loss of the hanger, it is amazing that it has survived at all, let alone in such nice condition.From the Larry Ness Collection. Earlier ex "A Sioux Chief in Canada"; Edward George Littleton, the 3rd Baron Hatherton; Sothebys London, July 1969 sale, lot 374; John J. Ford, Jr.; our (Stacks) sale of the John J. Ford, Jr. Collection, Part XVI, October 2006, lot 184. 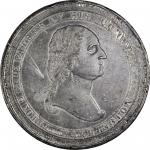 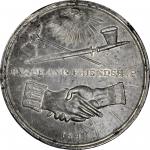