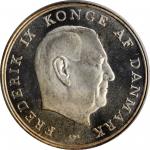 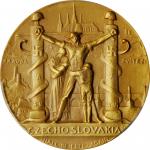 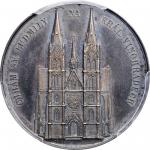 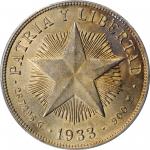 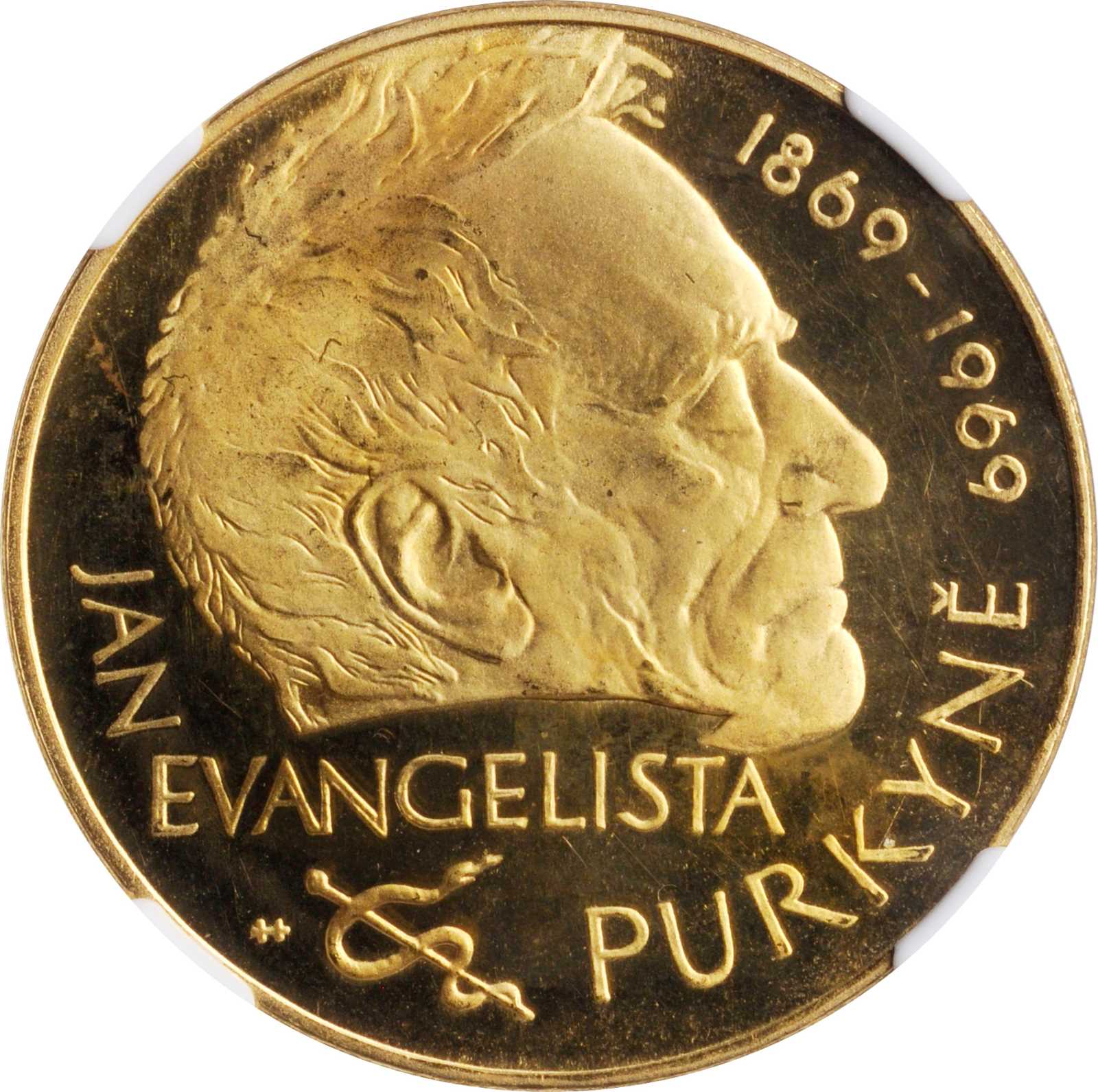 CZECHOSLOVAKIA. 100th Anniversary of the Death of Jan Evangelista Purkyne Gold Medal, 1969. Kremnica Mint. NGC PROOF-67 Ultra Cameo.Tied with just two other examples in the NGC census, this piece stands at the top spot, offering shimmering brilliance along with a solid cameo nature. An interesting and unusual medallic issue commemorating the life of the Czech anatomist and physiologist.<p>While struck without denomination, this issue shares a close relationship with coins. Issued in a set, it was distributed with the silver 25 Korun, and the two share identical obverse designs. As such, it might be appropriate to consider this issue a type of pseudo-coin, as no gold coins were struck by Czechoslovakia during this period.</em>