MALAYA AND BRITISH BORNEO. Board of Commissioners of Currency Malaya & British Borneo. 5 Dollars, 19

MALAYA AND BRITISH BORNEO. Board of Commissioners of Currency Malaya & British Borneo. 50 Dollars, 1 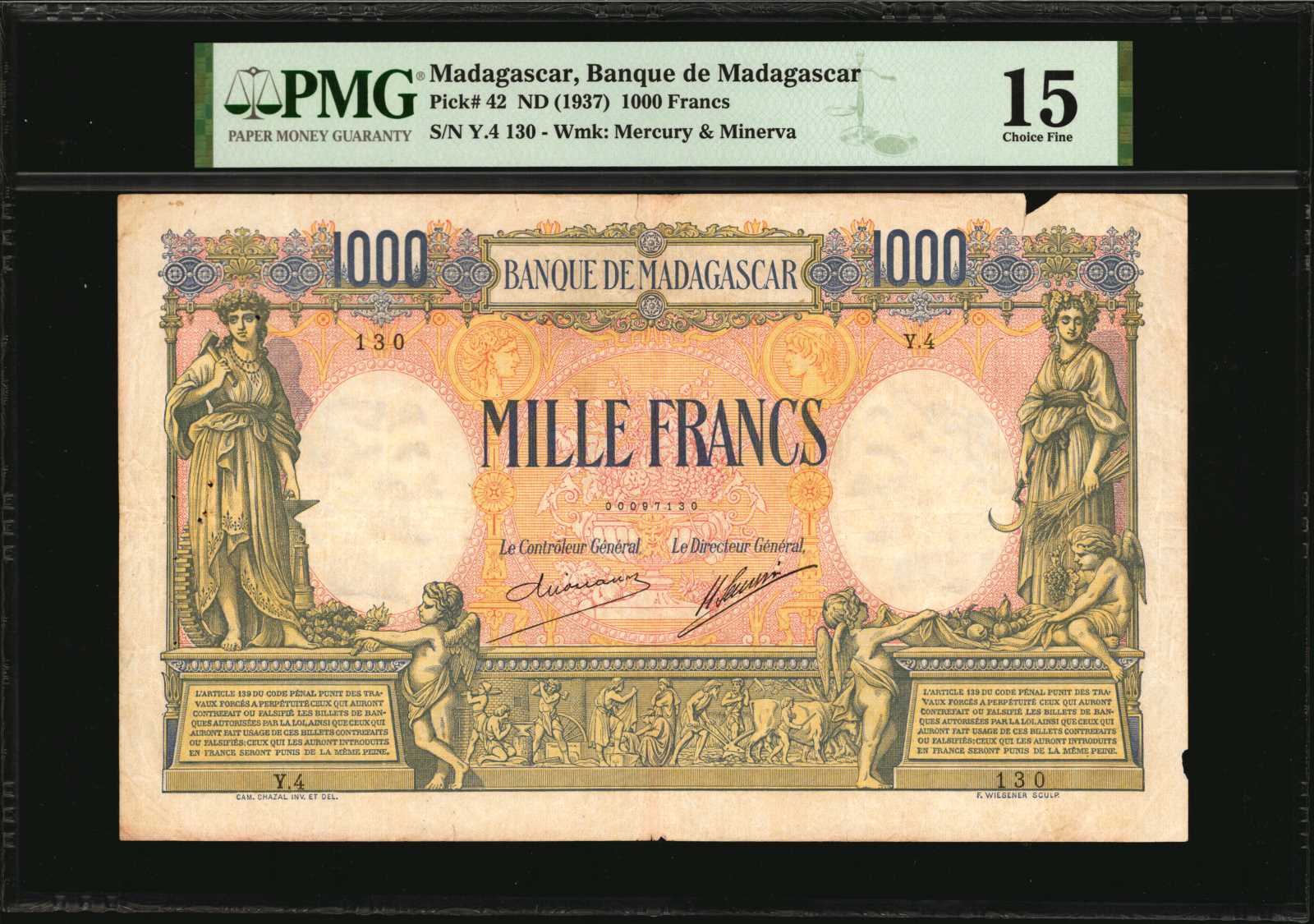 MADAGASCAR. Banque De Madagascar. 1000 Francs, ND (1937). P-42. PMG Choice Fine 15.Watermark of Mercury & Minerva. Allegorical women are seen at left and right, with the woman at left holding a hammer next to a gear and the woman at right holding a sickle and barley, with cherubs at both of their feet. Dark blue, yellow, red and olive green ink make up the designs on the face of the note. The reverse displays an intricate design of columns, allegorical women, and dark blue floral motifs, with Hippocampuss from ancient mythology found at left and right guarding the design. <p><p>PMGs pop report states this note is the sole example to have been encapsulated by their service, which is a testament to its rarity, and is sure to attract spirited bidding from collectors. This high denomination 1000 Francs note retains good color and intricate details for the assigned grade. It seems the engraver was heavily influenced by ancient mythology, as if the designs and characters were pulled from the Palace of Knossos itself to grace this large format Madagascar note. PMG comments "Tears, Pinholes." PMG Pop 1/None Finer.