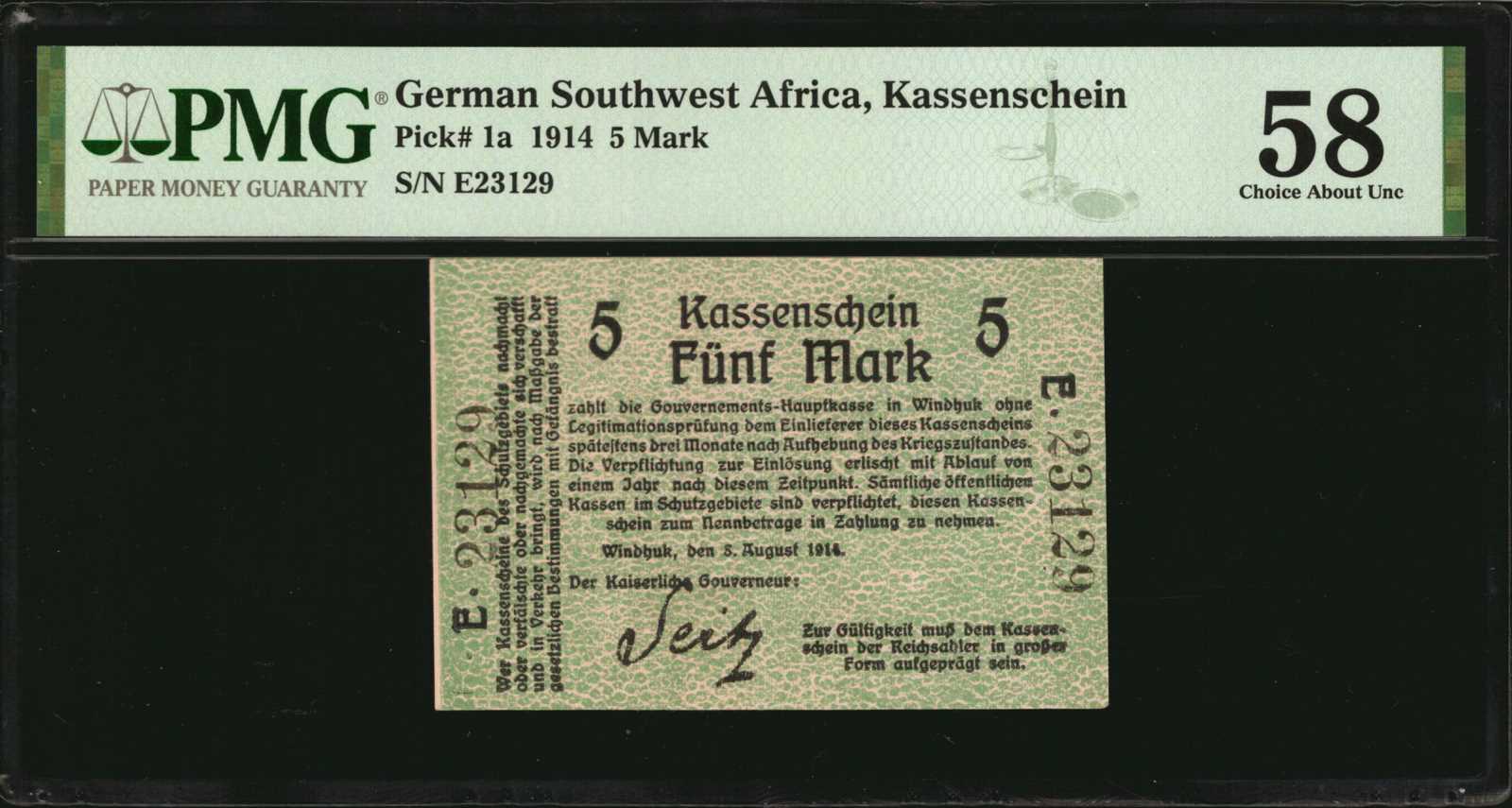 GERMAN SOUTHWEST AFRICA. Kassenschein. 5 Mark, 1914. P-1a. PMG Choice About Uncirculated 58.The colony of German Southwest Africa was under the control of the German Empire from 1884 through 1915. The colony was lost within a year of the start of the First World War to South African & British forces. This presently offered example is the third to have been encapsulated by PMG for the variety, and is found in an appealing Choice About Uncirculated grade with dark green undertint and dark black ink standing out. A date of 1914 is observed, which means this note was issued a year before the colony was lost. Interestingly, the German Empire did not officially recognize its loss of the colony until the 1919 Treaty of Versailles was signed. PMG comments "Pinholes." PMG Pop 1/1 Finer.<p>