Malaya: Board of Commissioners of Currency, a group of notes from 1 cent to $1, all dated 1941, cons 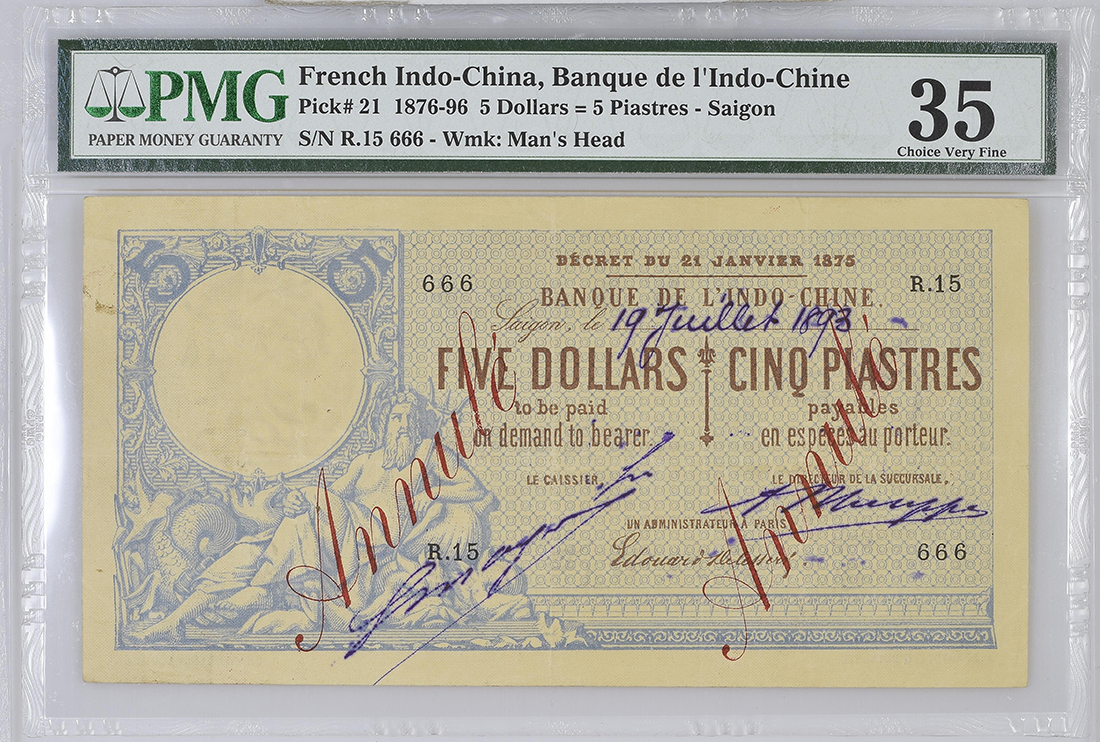 French Cochin China, 5 Piastres Law of 1875, manuscript dated 19th July 1893 at Saigon, Banque de lIndochine5 Dollars = 5 Piastres 19.7.1893PMG graded VF 35.The Kolsky-Muszynski Plate Note.A stunning note in superb condition, essentially new but folded three times. A couple of closed pinholes at upper left.The first note of the newly founded (1875) bank, and one of only two $5 notes on the founding Law of 1875 known to have survived. The other is graded Good and was described to the owner twenty years ago as "heavily rusted" -- it still sold then for roughly USD10,000.This note is a prize for the entire French Colonial series.It should be noted that the inscription on the back reflects the colonial status of French Cochin China at the time, as later issues of notes were made, the back printing was changed to reflect the growing territory under French control and under the mandate of the bank.A unique opportunity.