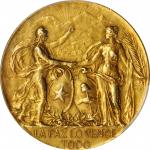 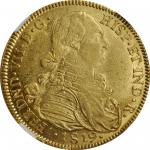 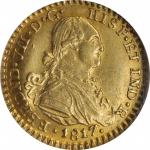 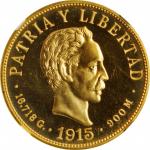 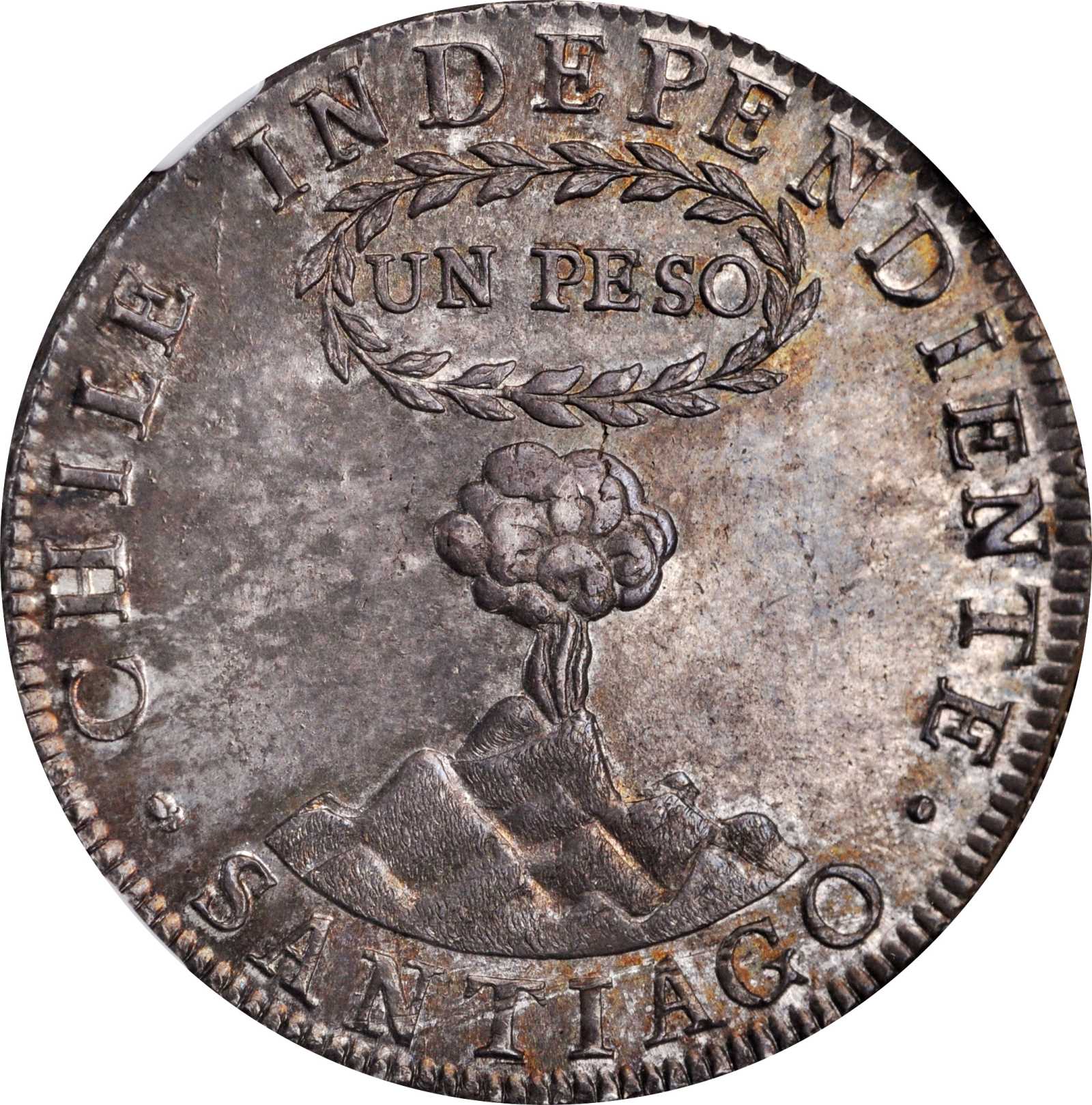 As the grade suggests, the surfaces are immaculately preserved on both sides, with sublime blue-gray and auburn toning sitting over highly lustrous fields. There are no scrapes, dings, or planchet defects that characterize most other coins of this type. Perhaps most unusual is the strike, which also exceeds virtually every other example, allowing for the captivating designs that comprise both sides to appear with great prominence.

Truly, a miracle survivor of the issue, undoubtedly bound for a collection that places significant value on coins that cannot be replaced!Entrancing and captivating, this coin emanates from the period of fledgling Latin American republics. Having just liberated themselves from three centuries of Spanish control, they immediately set about minting coins proudly proclaiming their newly-won independence. For the sake of expediency, dies were often crudely cut and the machinery used was routinely outdated; this resulted in a large percentage of coins having imperfections from the outset.

Once in circulation, most remained there for decades, as specie shortages were common. Relating to numismatics of the United States, the Dollar-sized coins of Latin America, which include this Peso, compare favorably to the Flowing Hair and Draped Bust issues produced in the 1790s at the U.S. Mint (although truly, the U.S. facilities were far more modernized than those in Latin America even several decades later!).

Not surprisingly, the early issues of Latin American are often far rarer than their U.S. counterparts in terms of total survivors and especially, the numbers of Gem survivors. Nevertheless, it is the U.S. issues that achieve six and sometimes seven figure prices when appearing at auction.

Comparably, with the exception of the famous Coquimbo Peso of nearly identical design, we are unaware of any circulation-issue Latin American silver coins from these early republics even reaching $50,000! While time will tell if their values will eventually catch up, this coin in particular, which features a universally beloved design and represents the ultimate example of the type, certainly seems like superb value when compared to its U.S. brethren.</em> Ex: R.L. Lissner Collection (CNG 8/2014) Lot # 1333.Ex: Schweizerischer Bankverein 24 (1/1990) Lot # 2150.