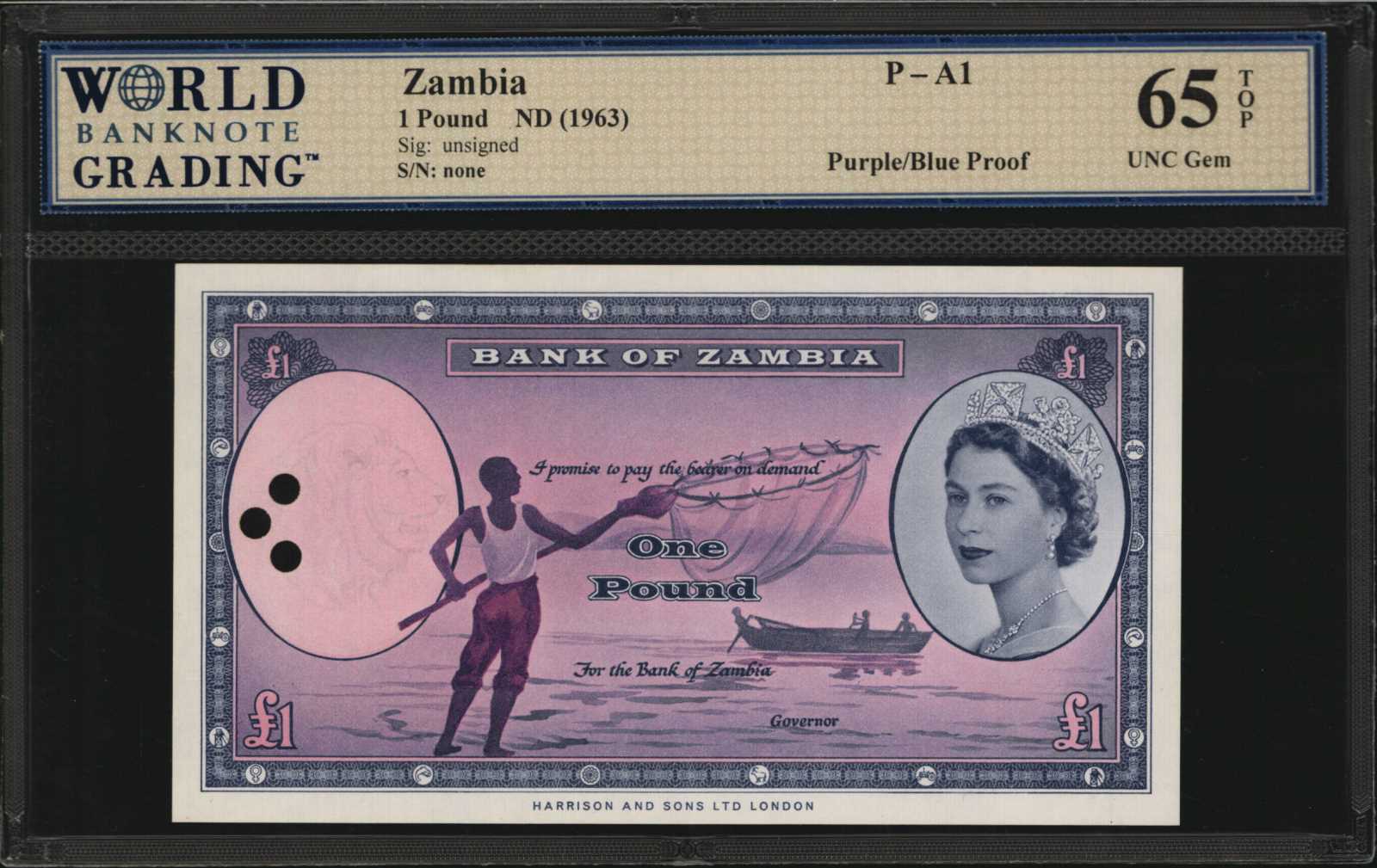 ZAMBIA. Bank of Zambia. 1 Pound, ND (1963). P-A1. Proof. WBG Gem Uncirculated 65 TOP. Purple/Blue Proof. Printed by Harrison and Sons LTD, London. Three punch cancellations. QEII is seen at right, with a fisherman at left of center. The reverse of the note displays a purple, yellow & red bird perched on a branch. Bright paper and a combination of dark blue & purple inks stand out on this 1 Pound Zambian proof. Scarce, as this series was never issued in Zambia. The Bank of Zambia instead began issuing notes in 1964 with the "Animals" issued which was printed by TDLR. After Zambia gained its independence from being a British Commonwealth in 1964, notes which would have featured British rulers were cancelled in favor of notes which portrayed Zambia. Scarce, and few notes from this not-to-be-issued series have come forth.