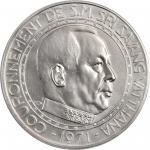 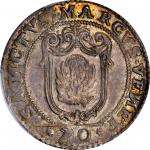 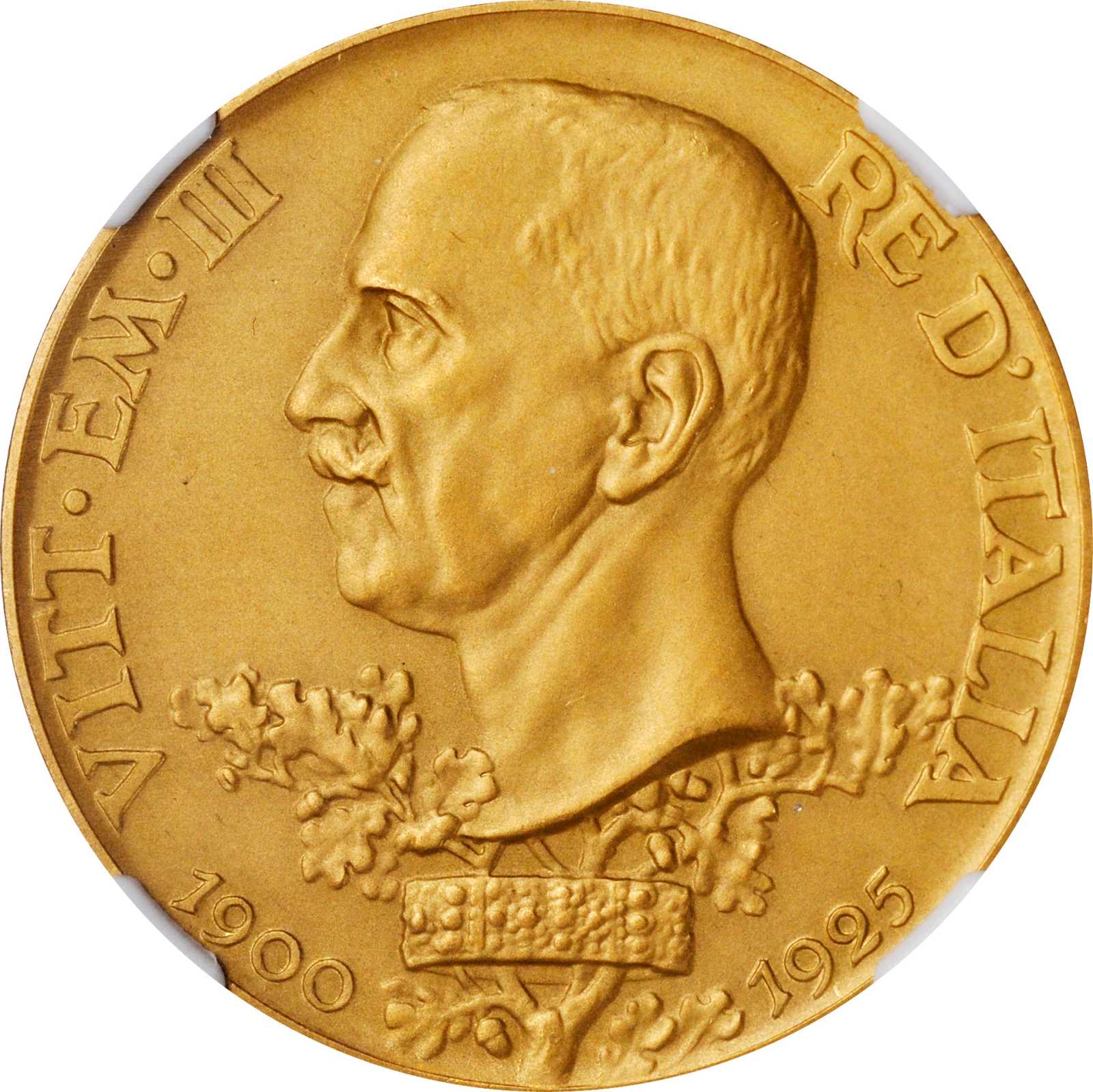 ITALY. Gold 100 Lire Prova (Pattern), 1925-R. Rome Mint. NGC MATTE PROOF-67. KM-Pr34; Mont-16; Gig-P4; Pag-159. The single finest certified of the type, circulation or prova, on the NGC or PCGS population reports. The proposed and adopted design created by A. Motti Inc. for the issuance of the 25th Anniversary of the reign of Vittorio Emanuele III and 10th Anniversary of entering World War I. Issued by decree of 11 October 1925, number 1829; authorizing the 25th Anniversary commemorative. An EXCEEDINGLY RARE pattern, with few known examples, exhibiting a needle sharp strike highlighting the expressive portrait and other intricate design elements with smooth mark free matte surfaces display light attractive tone amongst the devices offering a very pleasing appearance. A fabulous representative of the type in a very lofty state of preservation destined for a highly advanced collection of pristine numismatic treasures.By comparison the currency issue has a mintage of only 5,000 pieces and is considered quite the treat in high grades when appearing at public auction; whereas the patterns such as the present specimen seldom show up in any venue and are highly coveted by numerous collectors. In fact the sporadic nature in which these Prova issues, obviously struck in limited quantities, appear are considered uncollectable or unobtainable by many. </em></em>