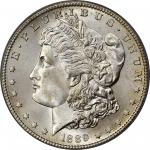 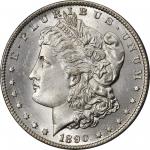 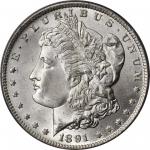 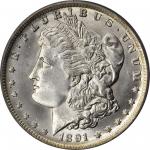 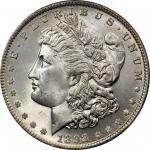 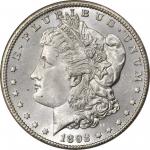 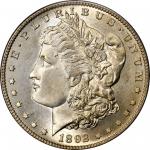 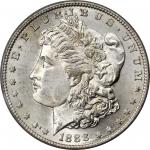 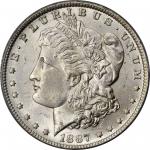 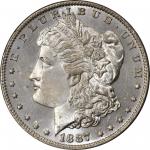 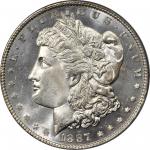 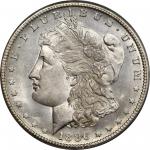 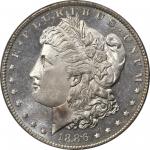 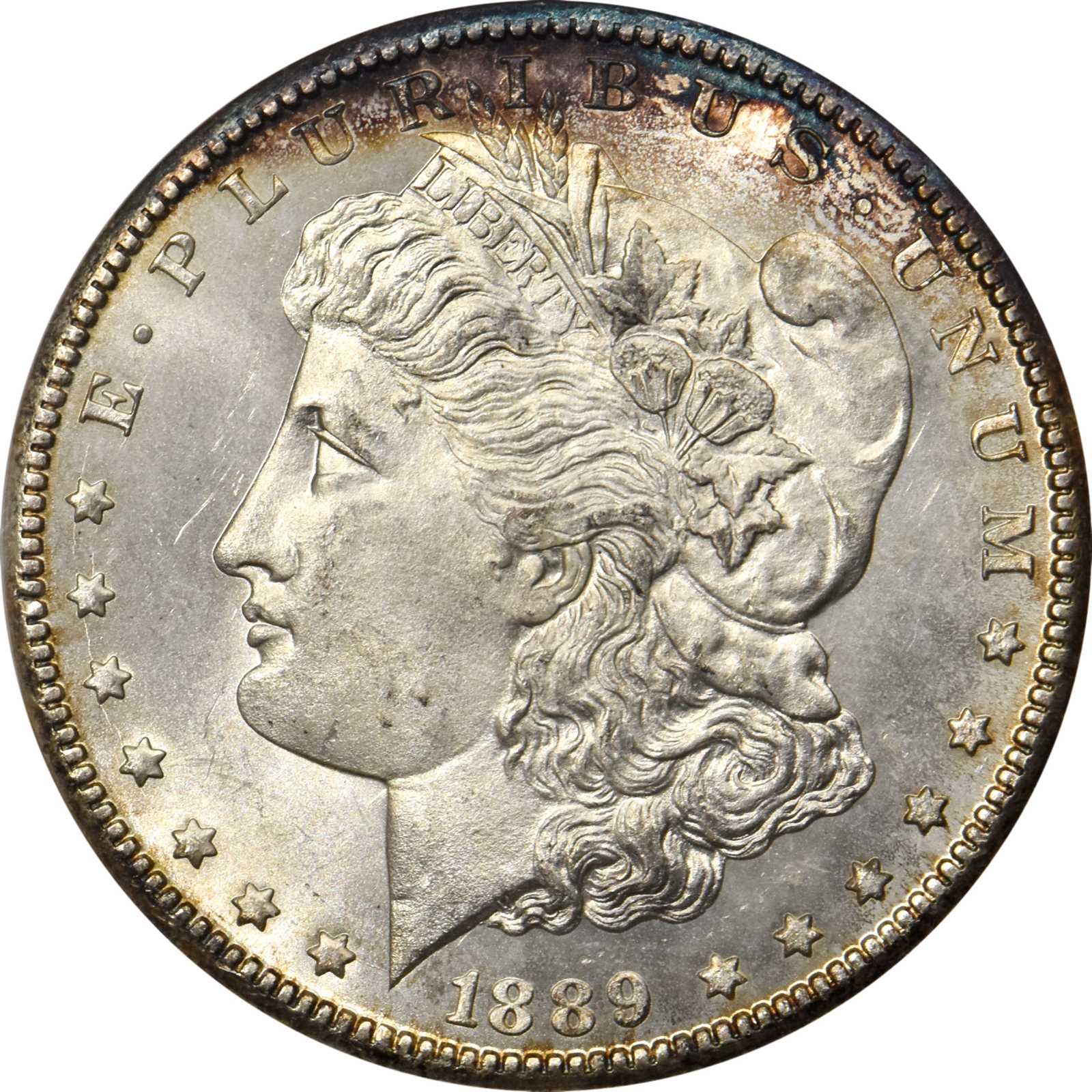 1889-CC Morgan Silver Dollar. MS-65 PL (NGC). OH. As it is a key date issue and a noteworthy condition rarity, the offering of a solid Gem Mint State example of the famous 1889-CC is always an significant numismatic event. Simply put, this is a beautiful coin. The obverse is predominantly brilliant, yet with mottled reddish-gold highlights around the periphery and an attractive blush of bolder cobalt blue and steel-rose patina along the upper border. Much of the reverse is also untoned, although the periphery on that side displays more extensive reddish-gold, golden-orange and, along the lower border, steel-blue. The strike is full from the rims to the centers. Otherwise frosty mint luster gives way to modest semi-prooflike reflectivity in the fields. This Gem is expertly produced, carefully preserved, and will be just right for another top flight Morgan dollar collection.<p>Coinage at the Nevada facility had been suspended in 1885, perhaps not surprisingly since the nation had elected Democrat Grover Cleveland as president the preceding year. Opposed to the coinage of silver dollars, the writing was on the wall when Cleveland was inaugurated on March 5, 1885. Making matters worse, Carson City Mint Superintendent James Crawford died three days later in Oakland, California, where he had been taken for emergency medical treatment. President Clevelands replacement for Crawford, Nevada Democrat William Garrard, was appointed on March 18, and two days later the Mint was closed for coinage operations. Writing in our August 2013 sale of the Battle Born Collection of Carson City Mint Coinage, Rusty Goe reports:<p><em>"By the end of September, nearly $4 million in bullion and coins had been shipped from the Carson Mints vaults to New York and Philadelphia. The </em>Tribune<em> noted that this would no doubt [mean] the final closing of the Carson Mint.."</em><p>This was not the case, however, as thanks to the efforts of the states two senators (John Percival Jones and William M. Stewart), the facility continued to operate as a refinery and assay office.<p>The Carson City Mint received a new lease on life with the election of Republican Benjamin Harrison as president at the end of 1888. Inaugurated March 4 of the following year, Harrisons appointment of silver supporter William Windom as secretary of the Treasury helped paved the way for the reopening of the Carson City facility as a mint on July 1, 1889. Dollar coinage required a few more months of preparation, and it was not until October 10 that the first of the 1889-CC coins emerged from the presses. A total of 100,000 examples were delivered that month, followed by 100,000 in November and 150,000 in December for a yearly mintage of 350,000 coins. While not the lowest mintage issue in the Carson City Mint Morgan dollar series, the 1889-CC has emerged as the rarest, handily outdistancing its two closest rivals, the 1879-CC and 1893-CC.<p>Given that this issue is scarce even in worn condition, few 1889-CC dollars seem to have found their way into circulation during the late 19th or early 20th centuries. Wayne Miller (1982) takes a different view, however, and believes that many examples entered commercial channels soon after striking, hence the scarcity of problem free VF and EF coins. Rare are Mint State survivors, most of which entered numismatic channels through limited distributions from federal holdings through the early 1960s, predominantly from the San Francisco Mint. Indeed, few examples of this issue were paid out from the Treasury Department in Washington, D.C., and when such activity stopped in March 1964, only a single 1889-CC remained on hand there. Of Rusty Goes estimate of 11,000 to 15,000 survivors, just 4,000 to 7,500 coins are Mint State -- a small total by Morgan dollar standards. Most of the Uncirculated examples are not choice, as heavily abraded surfaces and subdued luster are the norm. On the other hand, this issue is generally well struck, and even more interestingly the 1889-CC is one of very few Morgan dollar issues that is just as easy to obtain with a prooflike finish as it is with satin or frosty luster. Q. David Bowers (1993) estimates that nearly 50% of the extant Mint State population displays prooflike characteristics. With so few examples well preserved, certified Gem Mint State 1889-CC dollars are formidable rarities in all categories. Indeed, Bowers observes that "Prooflike coins are usually cameos, but often have numerous bagmarks from the effects of Treasury storage and handling over the years." The Larry H. Miller specimen is the single finest certified 1889-CC in either the Prooflike or Deep Mirror Prooflike category. It is a lovely coin and a noteworthy rarity that is worthy of very strong bids. From the Larry H. Miller Collection. From the Larry H. Miller Collection. 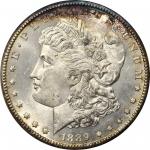 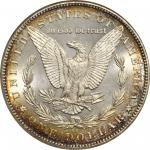