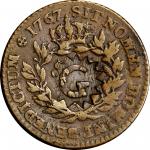 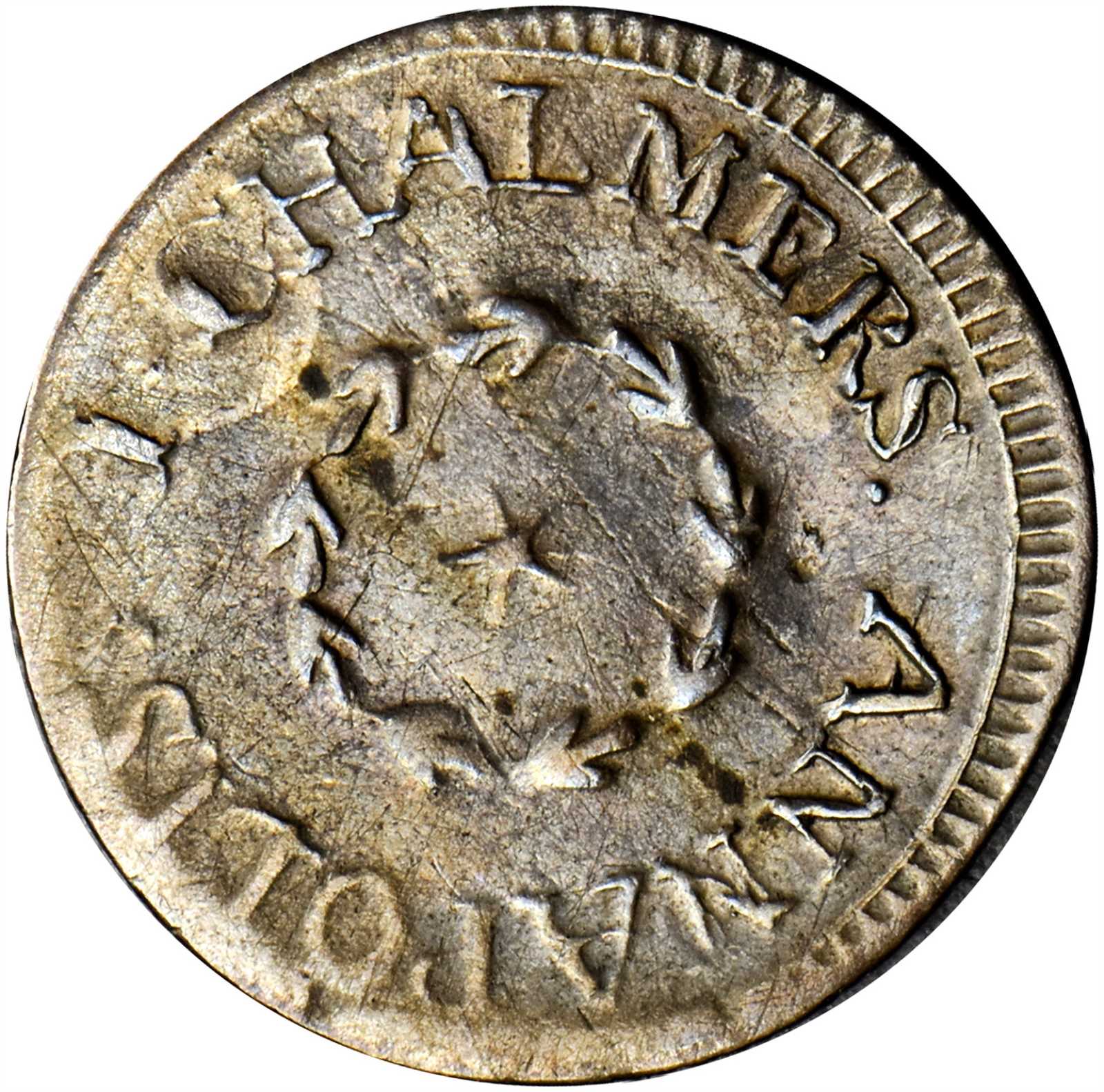 1783 Chalmers Sixpence. W-1765/1770. Large Date. EF-45 (PCGS).25.8 grains. A classic rarity, the most challenging of the three denominations of coins struck by silversmith John Chalmers in Annapolis, Maryland in 1783. Golden gray with sedate blue undertones and excellent eye appeal. A striation runs from the first N of ANNAPOLIS to H of CHALMERS, as commonly seen on the issue. Some scattered old hairlines are present, and a few short trivial scratches are seen on each side. The ones at CE of PENCE and above 1 of the date are the most noteworthy, but are still not terribly significant. A natural depression is struck into the coin near C of “I.C.” on the reverse. The obverse is a bit off center and axially misaligned, as often encountered, with LIS of ANNAPOLIS softer than other letters. The border is bold from the H of CHALMERS to the second N of ANNAPOLIS. The reverse is ideally centered. Importantly, the tiny initials of engraver Thomas Sparrow, the T and S at opposite ends of the cruciform central device, are both present and crisp, making this coin far more desirable than one lacking this unusual signature. <p><p><p><p>Chalmers sixpence suffer from any one of a number of typical issues: poor strikes, usually from axial misalignment; damage or jewelry use; heavy or uneven wear; and more. Choice examples in any grade are great rarities. Among the issues of the Chalmers series — two major varieties of Bird Shillings, the extremely rare Rings Shilling, the sixpence, and the diminutive threepence — no other denomination reveals the identity of the series’ esigner and engraver, lending the Chalmers sixpence an additional level of historical importance.<p><p>From the E Pluribus Unum Collection. Earlier from our (Stack’s) sale of the Robison Collection, February 1982, lot 74.