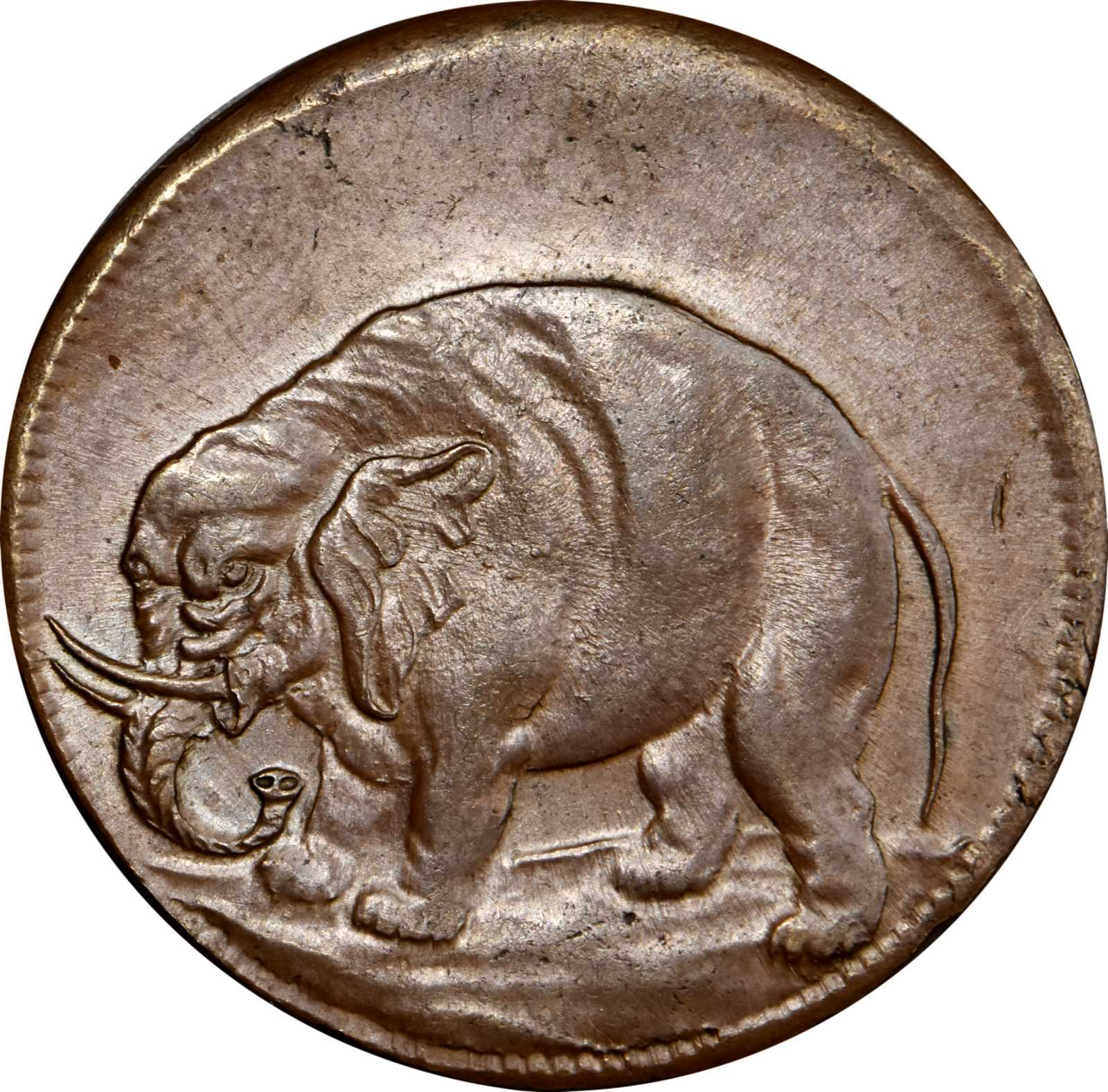 Undated (ca. 1694) London Elephant Token. Hodder 2-B, W-12040. GOD PRESERVE LONDON, Thin Planchet--Overstruck on a Charles II Halfpenny--MS-63 BN (PCGS).116.1 grains. Among the finest known overstruck London Elephant tokens, and one of the best Thin Planchet examples extant as well. Lustrous light brown with exceptional frosty surfaces and a hint of pale golden toning. Well centered, with denticles framing all of the obverse but at the rounded rim at top, the reverse nearly ideal. The title CAROLO from the halfpenny undertype appears above GOD on the reverse (suggesting the sort of monarchist beliefs that got Charles IIs father killed). Aside from a single tiny contact mark behind the elephant, this coin is about as choice as could be hoped for. The Robison-Archangel example, an overstruck specimen graded MS-65 BN (PCGS), had more mint color, but otherwise this piece compares very favorably. That example brought $18,600 in our October 2018 sale. The very lovely MS-63 BN (PCGS) example in our January 2013 Ted Craige offering sold for $23,500. Breen knew of just two of these: the one in NN60 (lot 244) and the Robison coin. We can only account for five total today, the fifth being the most eye-catching (and most worn) of them, from our (ANRs) August 2006 sale, lot 6. This E Pluribus Unum specimen is a singularly beautiful example fit for the finest collection, an important rarity that tells us a great deal about the origins of the Elephant token series.From the E Pluribus Unum Collection.