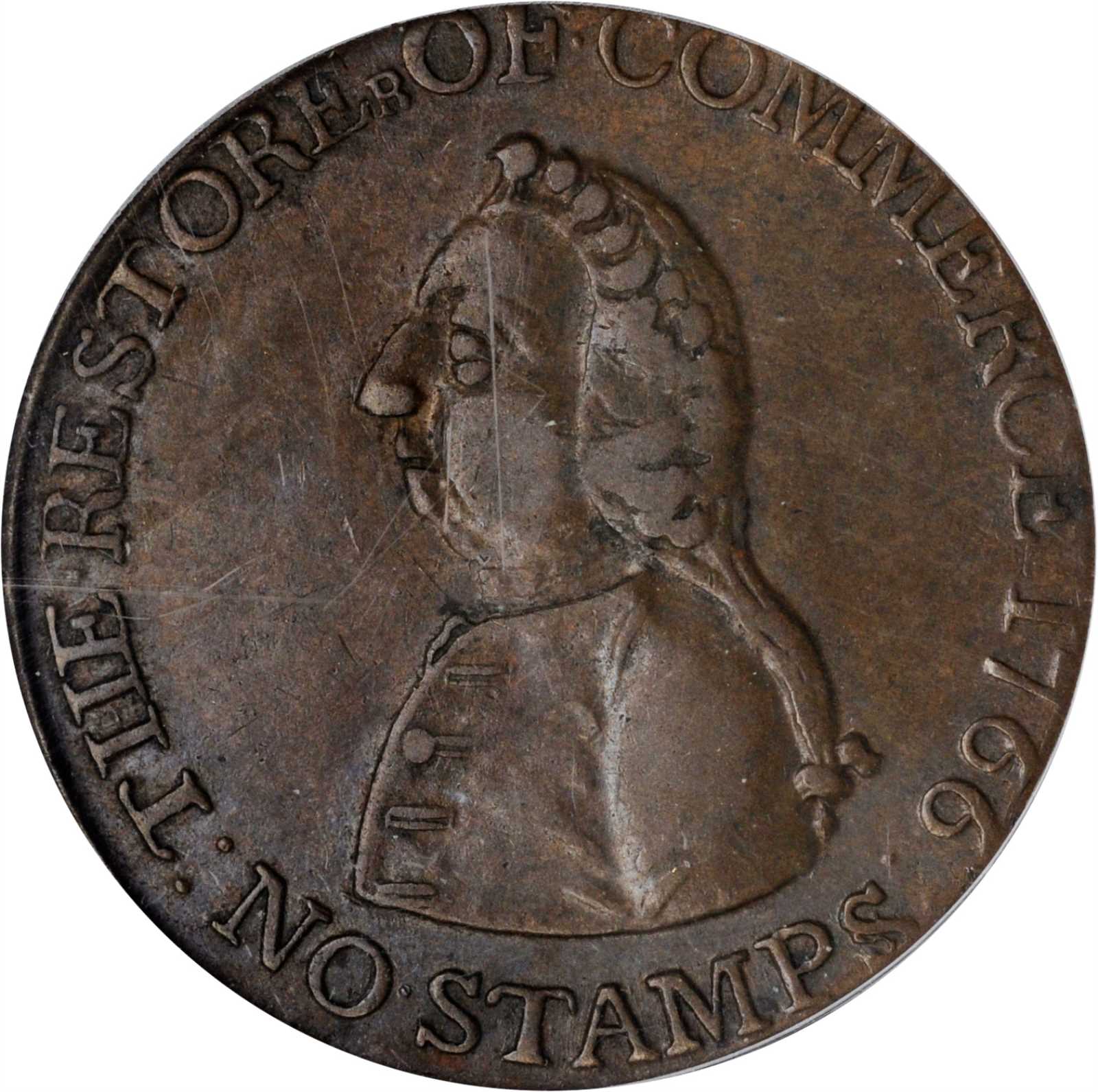 Attractive medium brown surfaces exhibit a hard, tight, overall smooth appearance in hand. Direct lighting reveals faint remnants of a satiny finish, especially on the obverse. A few tiny planchet pits below the ship on the reverse and a couple of faint handling marks in the left obverse field are noted solely for accuracy, these features hardly detracting from either the quality or eye appeal. These pieces, probably intended as commemorative medalets, saw limited circulation in the American colonies. Circumstances of production are unknown, numismatic scholars divided over whether they were struck in England or America. Either source is likely since Pitts efforts to have the Stamp Act repealed were praised not only by American colonists but also English merchants -- particularly in London -- who felt that the Act would adversely affect trade. Today, no collection of American colonial coins and related issues should be without a specimen of this classic, political medalet.