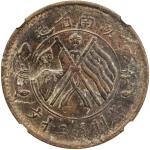 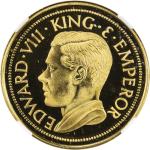 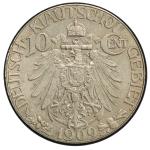 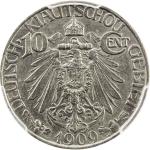 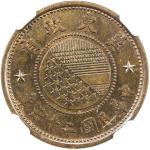 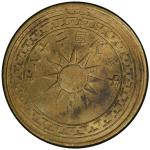 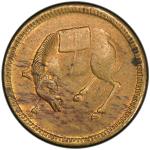 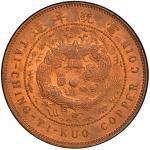 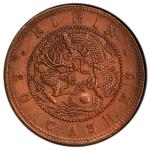 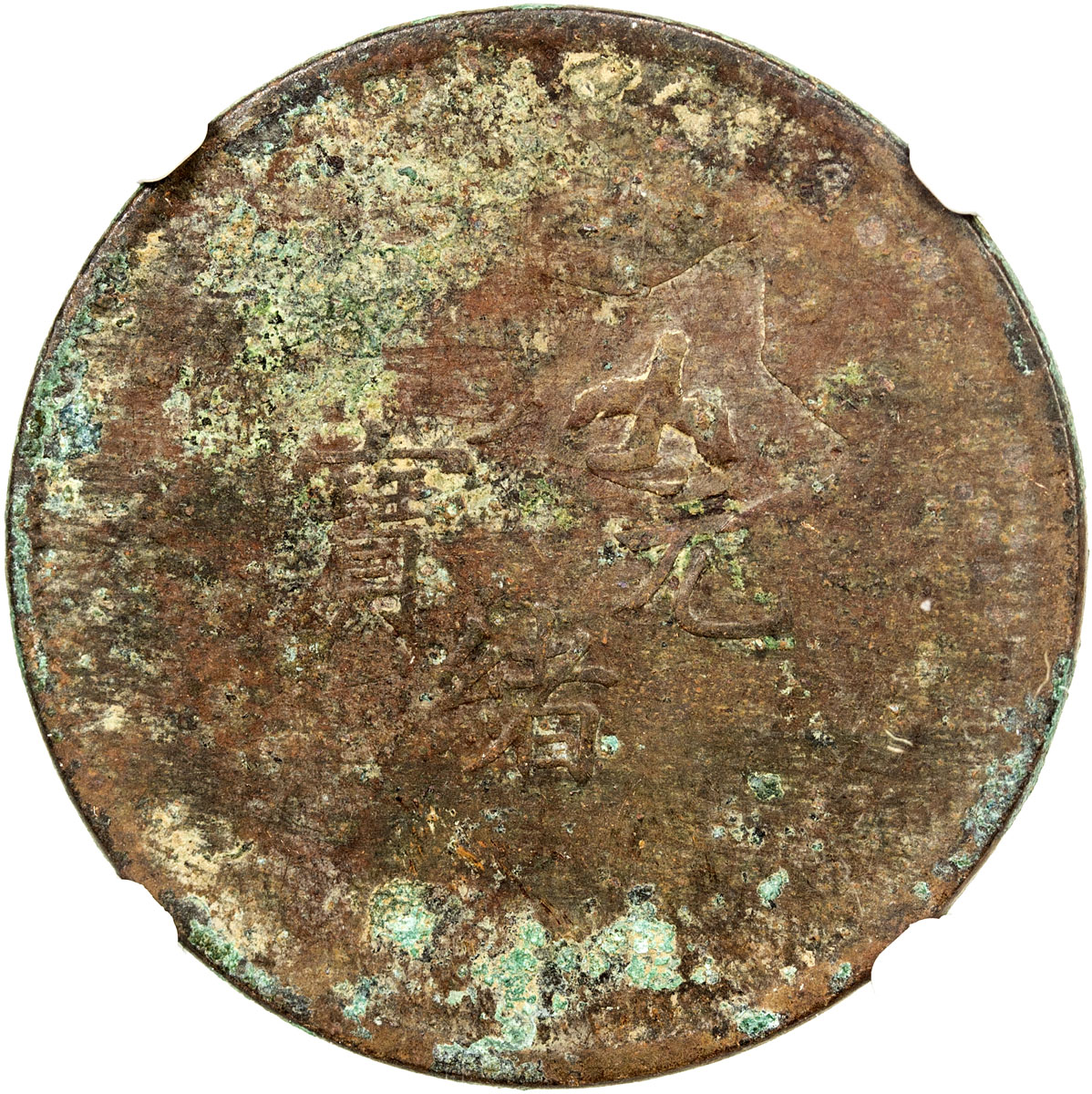 China - Soviet. HUNAN SOVIET: AE 20 cash, ND [1931], countermarked hammer & sickle within five-pointed star on Chinese Imperial hu poo dragon type, encapsulated as NGC Genuine, VF on worn host. The only references to these were from the Money Company coin auction of September 1984 and a Gregory G. Brunk article in the Numismatics International "Bulletin" of July/August 2009. This coin was picked from bags containing 30,000 coins put aside during WWII as the Japanese were melting Chinese coppers for the war effort. Only 100 of these countermarked pieces were found in the bags on various host coins of which about 20% had clear countermarks.