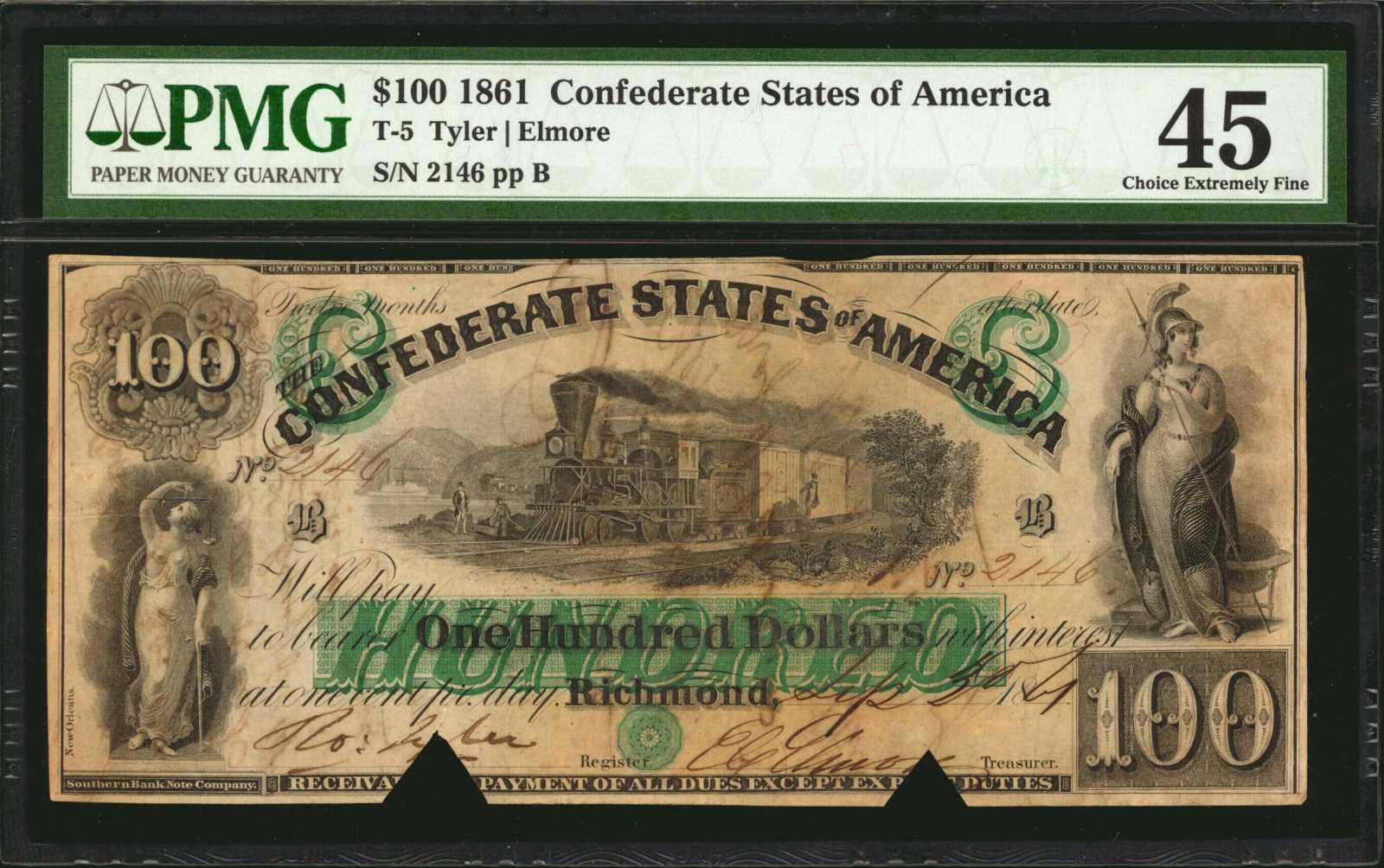 T-5. Confederate Currency. 1861 $100. PMG Choice Extremely Fine 45.No. 2146, Plate B. This fascinating Southern Bank Note Company produced 1861 $100 was issued from Memphis, Tennessee on September 13, 1861 by Major W.J. Anderson. It was later received on June 30, 1864 at the Little Rock Confederate Depository which had relocated to Washington, Arkansas. Interest in the amount of $4.25 was paid per the inscription on the back of the note. This example was cut out cancelled in the signature panels after redemption. PMG comments "Cut Out Cancelled, Contemporary Annotations, and Previously Mounted" on the back of the holder. <p>