Correspondence and Appraisal relating to an attempt to purchase the Eliasberg U.S. Gold Coin Collect

Morris, Anne Cary, editor. The Diary and Letters of Gouverneur Morris, Minister of the United States

American Numismatic Rarities. A nearly complete set of auction sales, all in hardbound editions. As

Browning, A.W. The Early Quarter Dollars of the United States 1796-1838, With a Few Remarks Concerni

Handwritten letter from John A. Nexsen to Lyman H. Low, dated August 19, 1905, regarding the Spier s 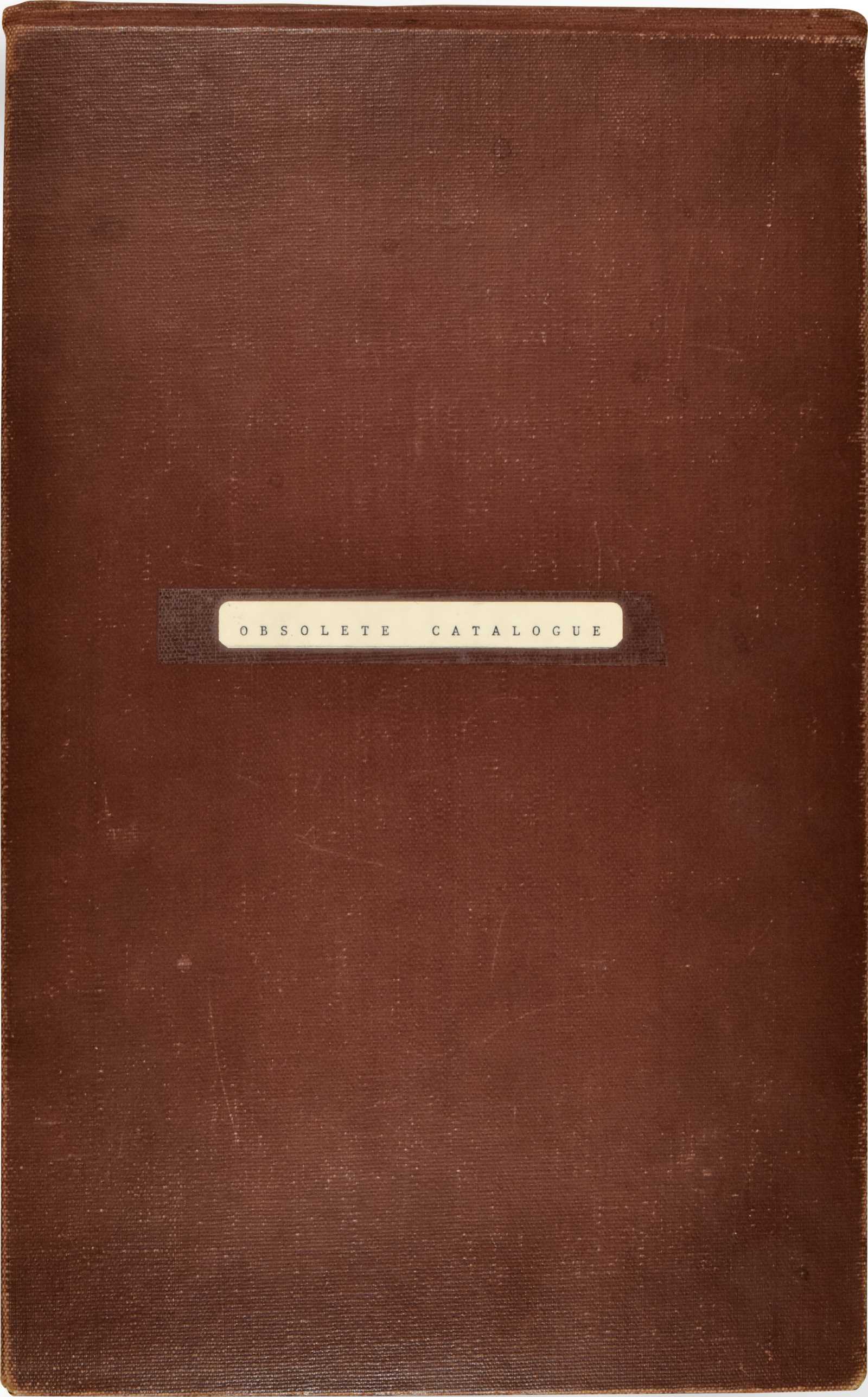 Appraisal of the John H. Clapp Collection by John Zug. Undated. Likely circa 1942, and the basis for the sale of the Clapp Collection to Louis E. Eliasberg, Sr. for $100,000. Typed. Hardbound in red cloth. Fine to Very Fine. Another highly important artifact that was discovered amongst the property of Louis E. Eliasberg, Jr. after his passing a decade ago, and first offered in our March 2010 sale. It was purchased at that time by D. Brent Pogue, who recognized it as a landmark of numismatic history, comparable in significance to many of the spectacular coins and bank notes in his own collection. It was described by us in 2010 as follows (with minor edits):<p><p>An important appraisal of the spectacular holdings of John H. Clapp, which Mr. Eliasberg acquired in 1942 intact. This acquisition set the Eliasberg Collection well on its way to becoming the greatest collection of United States coins ever assembled. The combination of the two collections increased both the completeness and the quality of the Eliasberg Collection, though further purchases were still to be made before the collection could be considered "complete." The appraisal in its original form totaled $92,363.40. Over the years, Mr. Eliasberg used this copy to record additional purchases including the addition and later deletion of the infamous 1933 double eagle, and the additions of the 1822 half eagle in 1945, and 1804 silver dollar in 1946, among many others. There are also clippings from pertinent advertisements or auction catalogs tipped in. Some of these include pages from the Atwater Collection, featuring the 1884 and 1885 trade dollars, a copy of the page of Stacks Empire Sale, November 1957, featuring the 1802 half dime, then graded Extremely Fine, an advertisement by Celina Coin Company of Celina, Ohio offering the unique 1870-S three dollar gold piece, priced at $25,000 (it was acquired from Celina Coin Company through Stacks in January 1946 for $11,550, as noted in ink on the next inventory page), an advertisement by Stacks offering a Proof 1804 $10 gold coin for $7500 at the 1947 ANA Convention, among others. As noted, many additions and notes in pencil and pen have been added to the appraisal making this a fascinating look at the process of assembling the only complete United States coin collection ever accomplished. A copy of a May 13, 1949 letter from B. Max Mehl is tipped in, mentioning, in apparent reply to Mr. Eliasberg, an 1824/22 quarter, the 1853-O No Arrows half dollar, and the 1873-CC No Arrows dime. A label on the front cover reads, "Obsolete Catalogue," apparently indicating that a new listing had been created at some point. A similar label on the spine reads, in three lines, "Book Number 1 / Clapp / Zug Appraisal." An added pencil notation reads "Do not use for appraisals / no references." A spectacular item for an advanced numismatic library, filled with fascinating pieces of information about the Clapp/Eliasberg collections. Historic and important.<p><p>We had the immense pleasure of reading, cataloging and selling the entire archive of correspondence that documented the formation of the Eliasberg Collection in 2010. Among all of the fascinating letters, listings and notes (offered in two different sales), two items stood out as truly “great,” both were purchased by D. Brent Pogue, and are offered in the present sale. This is one of them. To see this again is to be reminded that there are objects that transcend the sum of their parts, and embody immense history. Contributors to this volume are not just the Clapp’s, or Louis Eliasberg, or John Zug. Above them all is the aegis of numismatic passion—something all collectors can share and appreciate regardless of the financial means necessary to build collections like this. Though the present writer studied this volume in great detail a decade ago, it is impossible to resist the temptation to thumb through these pages again. One can imagine all the effort and enjoyment of the Clapps as they built the collection, and imagine with a degree of wonder the unknown list of collectors from whom the earlier of these coins were sourced, the latter ones being from the U.S. Mint directly. One can imagine John Zug’s thrill at having the chance to study and evaluate the Clapp Collection, the excitement of the Stack family at being able to broker the landmark transaction that transferred it to Mr. Eliasberg, and Eliasberg’s satisfaction in adding such a vast and important trove to his own collection. Along with Eliasberg’s Green’s checklist, which embodies very similar qualities, these two items were singled out by bidders in 2010 as the most significant and most valuable pieces from the Eliasberg archives. This listing, one of the most important extant numismatic appraisals, realized $57,500 in 2010.From the D. Brent Pogue Library. Earlier ex Louis E. Eliasberg, Sr.; Louis E. Eliasberg, Jr., by descent; our (Stack’s) sale featuring selections from the Louis E. Eliasberg, Jr. Estate, March 2010, lot 455.