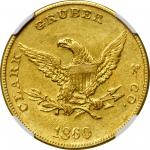 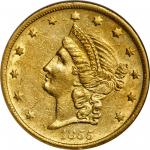 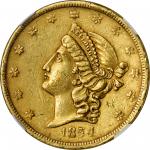 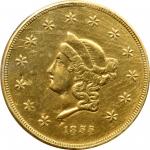 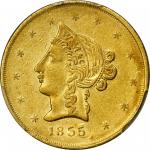 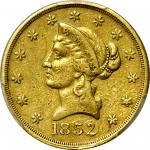 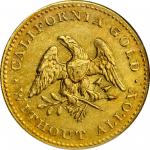 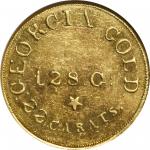 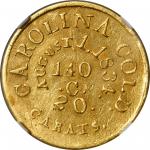 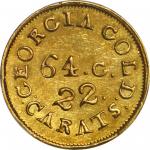 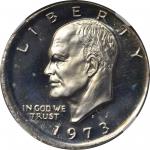 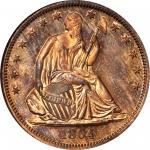 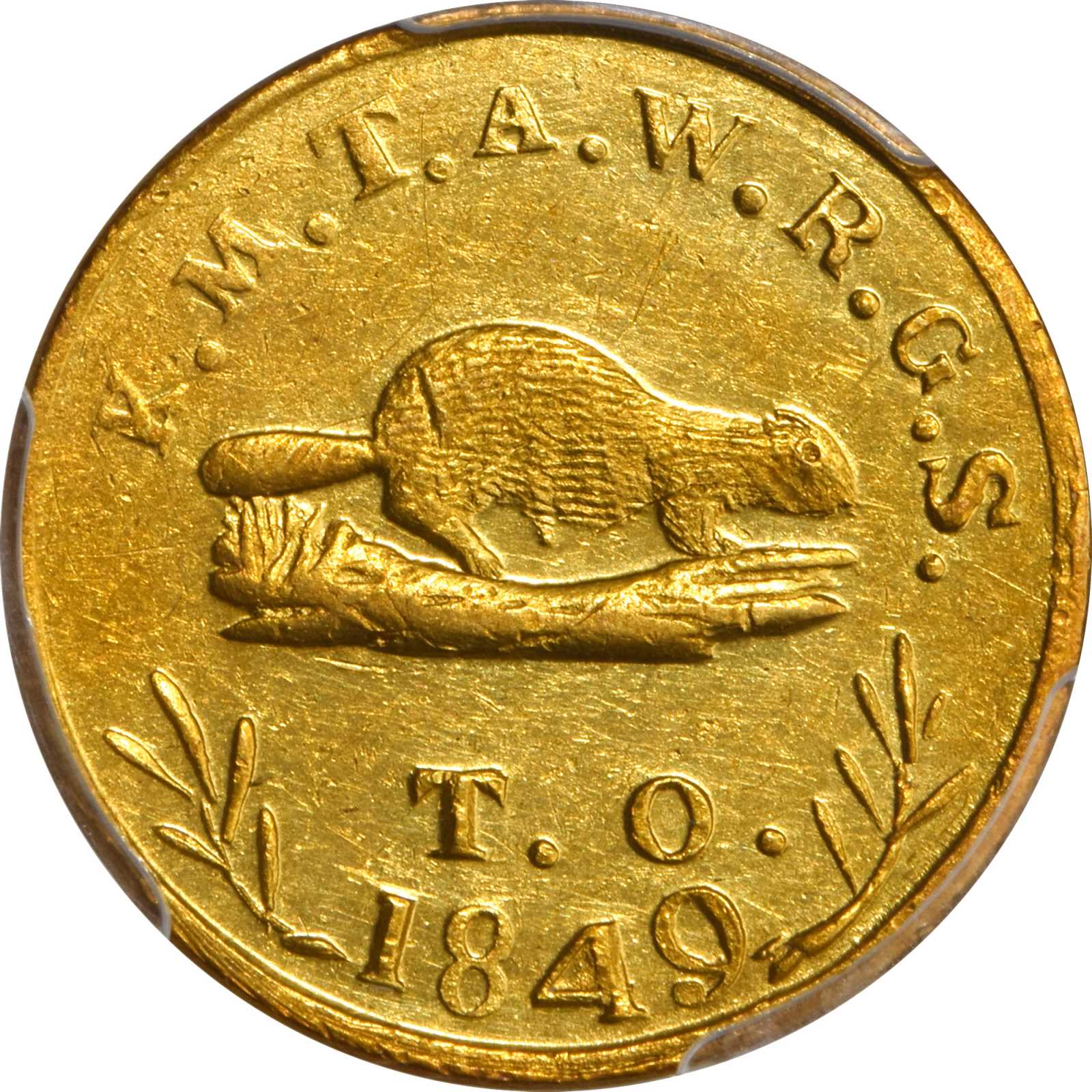 1849 Oregon Exchange Company $5. K-1. Rarity-5. MS-62 (PCGS).A stunning survivor of the iconic 1849 Beaver $5. A subtle prooflike reflectivity floods the fields and frames overall bold devices on each side. The beavers pelt shows an exceptional intricacy that is virtually unmatched across all known examples. Incredibly well-composed and free from distractions, with just an old mark behind the beavers front legs and a couple marks at the central reverse to be noted under a glass. Very attractive and toned in varying shades of yellow and honey-gold. The sole finest known for the issue, it is the only Mint State example certified by PCGS. An MS-61 is listed on the NGC Census but has not appeared at auction. For the most advanced specialist in Territorial gold coins, this represents an absolutely irresistible opportunity to own the very best. <p>Many Oregonians who traveled to California to seek their fortune in the gold fields returned home bringing with them quantities of nuggets and gold dust. As with their neighbors in California, local money was in short supply and use of gold dust as a medium of exchange was fraught with difficulties. To address this issue, the Oregon Exchange Company was established by several prominent Oregon City residents in early 1849. The obverse of the five dollar coins all bear a rustic depiction of a beaver on a log and the initials of the company officers who contributed to the purchase of the coining equipment: Kilborn, Magruder, Taylor, Abernethy, Willson, Rector, Campbell (which was erroneously entered as a G), and Smith. The T. O. - another die engraver error - represents Oregon Territory. This transposition was corrected on the $10 denomination.<p>While no effort was made to standardize the alloy, the coiners compensated for this by deliberating making the coins overweight. U. S. Mint assays report that the five dollar coins were valued at $5.50. While this helped to guarantee their acceptance, being worth more than their stated value ensured that the pieces would be taken in at face and melted down for their intrinsic value. It has been estimated that roughly 6,000 of the $5 coins were produced before minting operations ceased in September 1849 when their two crucibles broke and the company decided to disband. "Beaver Money" as the coins were soon nicknamed proved popular in commerce as evidenced by the wide range of grades in which they have been found. With their charming beaver design and rich history, Oregon Exchange Company gold coins have been favored by the territorial gold collecting community for generations.PCGS# 10288. NGC ID: ANJV.PCGS Population: 1; none finer.Ex Heritages sale of the Riverboat Collection, April 2014, lot 5449. 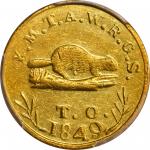