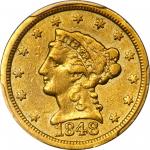 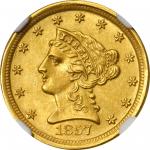 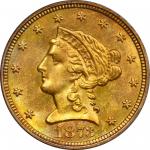 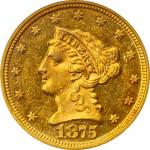 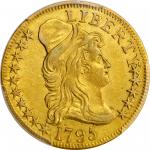 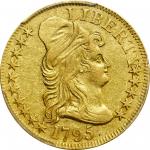 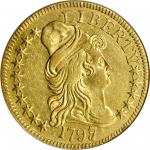 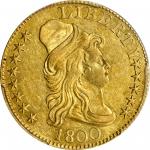 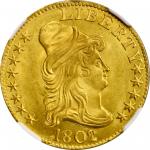 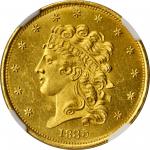 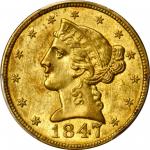 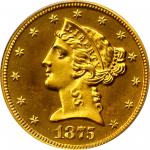 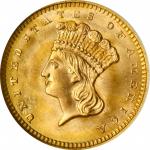 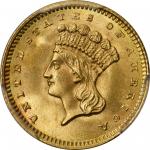 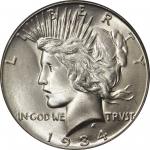 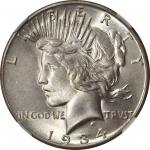 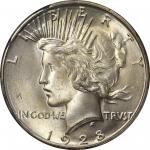 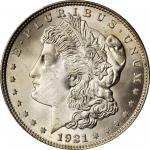 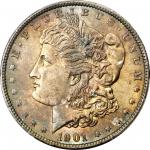 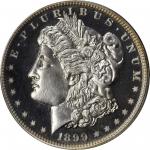 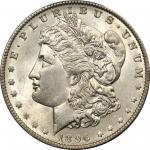 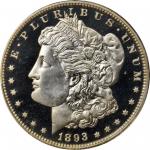 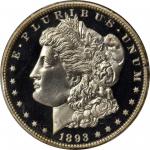 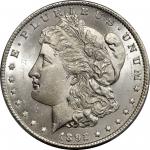 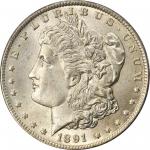 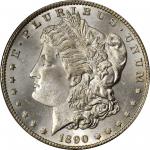 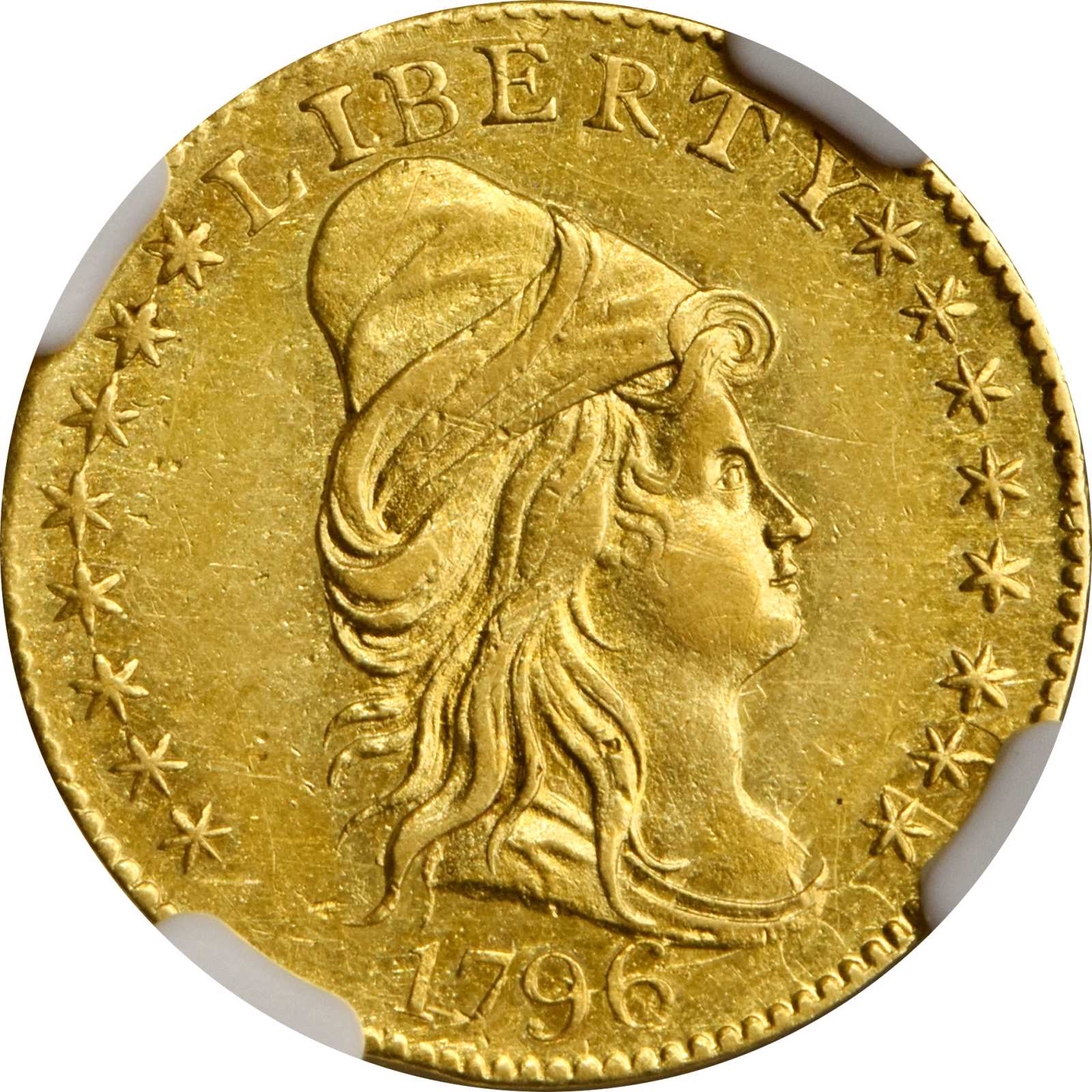 1796 Capped Bust Right Quarter Eagle. Stars on Obverse. BD-3. Rarity-5+. MS-62 (NGC).This high grade 1796 Stars on Obverse quarter eagle is a poster example of a classic early U.S. Mint gold rarity. Vivid medium gold surfaces reveal faint olive undertones and iridescent rose highlights. Overall the striking detail is bold to sharp, with the impression just a tad soft along the left obverse border and at isolated high points on the reverse. Semi-reflective in the fields with a satiny texture otherwise, this is a lovely coin that would serve as a highlight in the finest gold cabinet. BD Die State d.

The Coinage Act of April 2, 1792, authorized the production of three gold denominations at the newly established Mint: the $10 eagle, $5 half eagle, and finally the $2.50 quarter eagle. It would not be until four years later that the first quarter eagles rolled off the presses. This was no grand undertaking in terms of quantities: while 6,196 half eagles and 4,146 eagles were coined in 1796, scarcely 1,395 combined of both varieties of 1796 quarter eagles were delivered. The half eagle turned out to be the most popular of the three denominations for general commerce, while the eagle was useful for large overseas transactions with Europe. The quarter eagle, however, did not prove especially useful in everyday commerce. In the Mints early days, precious metal coins were made to order by depositors who requested specific denominations, and the quarter eagles bigger siblings received most of the attention. The denomination was struck only erratically and generally in small numbers in its first dozen years before production was put on hold after 1808.

The first 1796 quarter eagles minted featured an obverse without stars, an unusual choice considering the half eagle and the eagle both had stars as part of their obverse designs. Likely, they were omitted as there were stars on the reverse, although over the years quite a few federal coins have had stars on both sides. (The first $5 and $10 coins of 1795, continuing through 1797, had stars only on the obverse.) At some point in early 1797, a decision was made to add 16 stars (in an 8x8 configuration) to represent each state of the Union at the time and mark the admission of Tennessee in June of that year. This was the first and, as it turns out, the last time the obverse star count on quarter eagles was adjusted each time a state was added.

For the entire 1796-dated quarter eagle issue, three die pairs using two obverses and three reverses were employed. Both obverse dies shared the same master hub and date punches. The three reverse dies all bear 16 stars and were made using the same master hub for the eagle, clouds, and the ribbon inscribed E PLURIBUS UNUM. The reverse hubs are believed to be by John Smith Gardner, and feature an eagle with a longer neck, visible tongue, two rows of tail feathers, and three claws visible on top of the talons clutching the arrows and branch. The later Scot hubs produced after Gardner left the Mint in 1796 have a shorter neck on the eagle, three rows of tail feathers, and a single claw on top of each talon. Only one set of dies -- the BD-3 die marriage -- was required to produce the entire run of 432 Stars on Obverse quarter eagles. Conventional wisdom indicates that they were all coined on January 14, 1797. Some research suggests that this batch may have also included some No Stars quarter eagles as part of the 432-piece mintage, with an additional 98 examples of the BD-3 variety delivered on February 28, 1797.

As with most early U.S. Mint gold issues, a large quantity of 1796 quarter eagles ended up in the bullion speculators crucibles during the 1820s and 1830s, leaving only handfuls for modern numismatists. The 1796 Stars on Obverse quarter eagle is much rarer than the earlier No Stars variety as a whole; perhaps only a third as many BD-3 pieces as BD-2 No Stars coins are extant (the No Stars BD-1 pairing is of exceptional rarity). At most, 40 to 50 of the Stars on Obverse variety are thought to survive, with maybe little more than a dozen at the Mint State level. Despite this, the status of the No Stars as a one-year design type has helped it capture much of the numismatic spotlight. However, the Stars on Obverse quarter eagle is attracting greater attention as more and more collectors and scholars come to appreciate its rarity. The offered example is solidly in the Mint State category and offers both absolute and condition rarity. We expect spirited bidding when this beautiful and highly significant example crosses the auction block.PCGS# 7647. NGC ID: BFVN.NGC Census: 5; 5 finer (MS-65 finest). 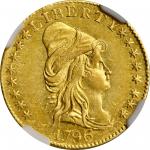