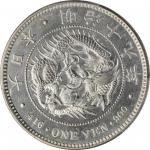 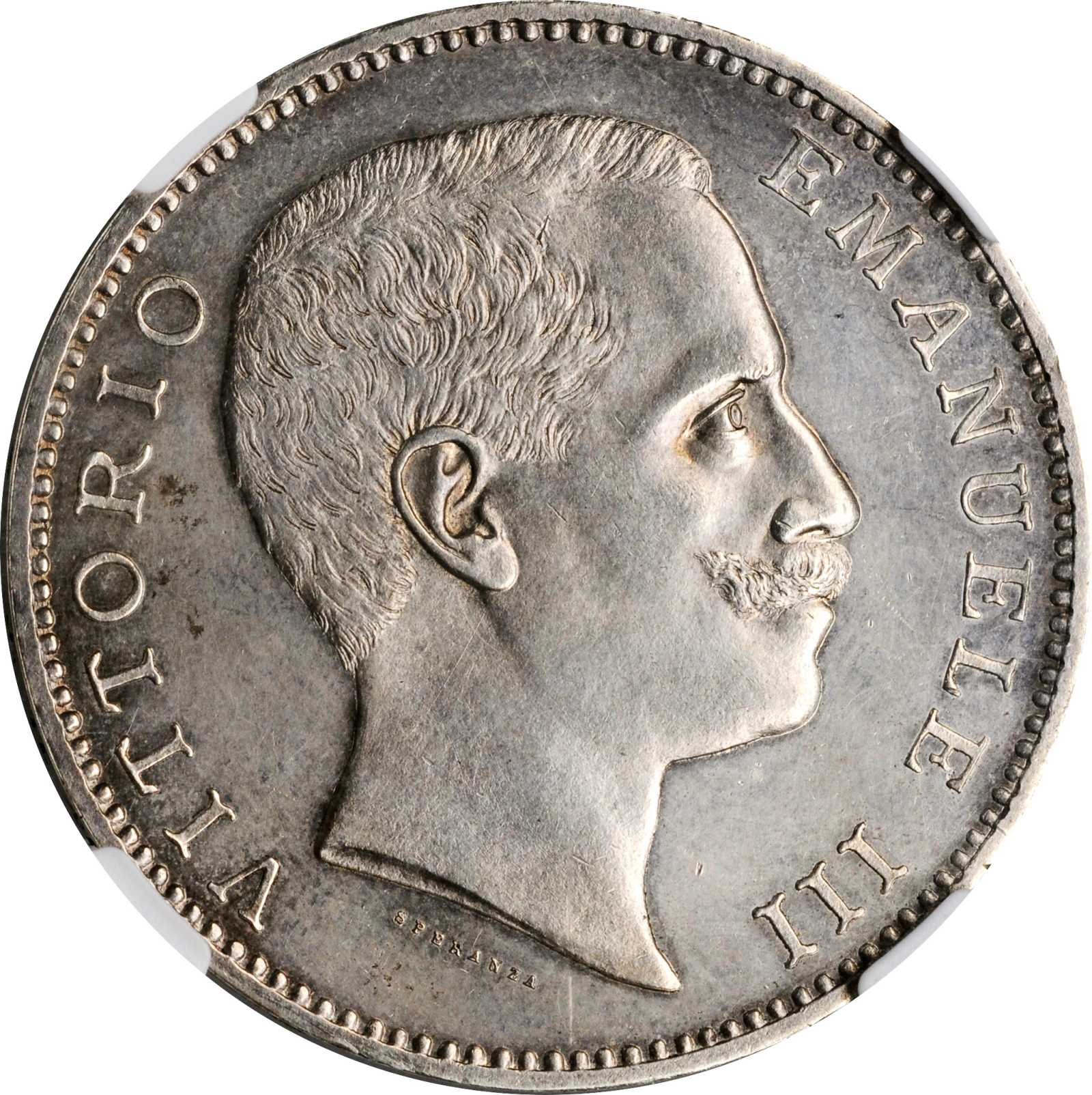 ITALY. 5 Lire, 1901-R. Rome Mint. NGC MS-60. KM-34. Mintage: 114. Emanating from a particularly small output, this incredible RARITY features an alluring gunmetal gray tone along with some charming underlying brilliance radiating throughout. Exceeded by just six examples across both grading services, this exceptional piece will undoubtedly generate a great deal of enthusiasm and spirited bidding. Its low mintage figures can be traced to it being the first crown issued under the new king, Vittorio Emanuele III, ascending to the throne the prior year. This initial output was never released for circulation, and was instead presented to members of the royal family and their friends, as well as dignitaries and government officials. A great piece of Italian history, as it has the strong possibility of being passed down from someone likely close to the king.