MALAYA AND BRITISH BORNEO. Board of Commissioners of Currency. 50 Dollars, 1953. P-4b. PMG Extremely 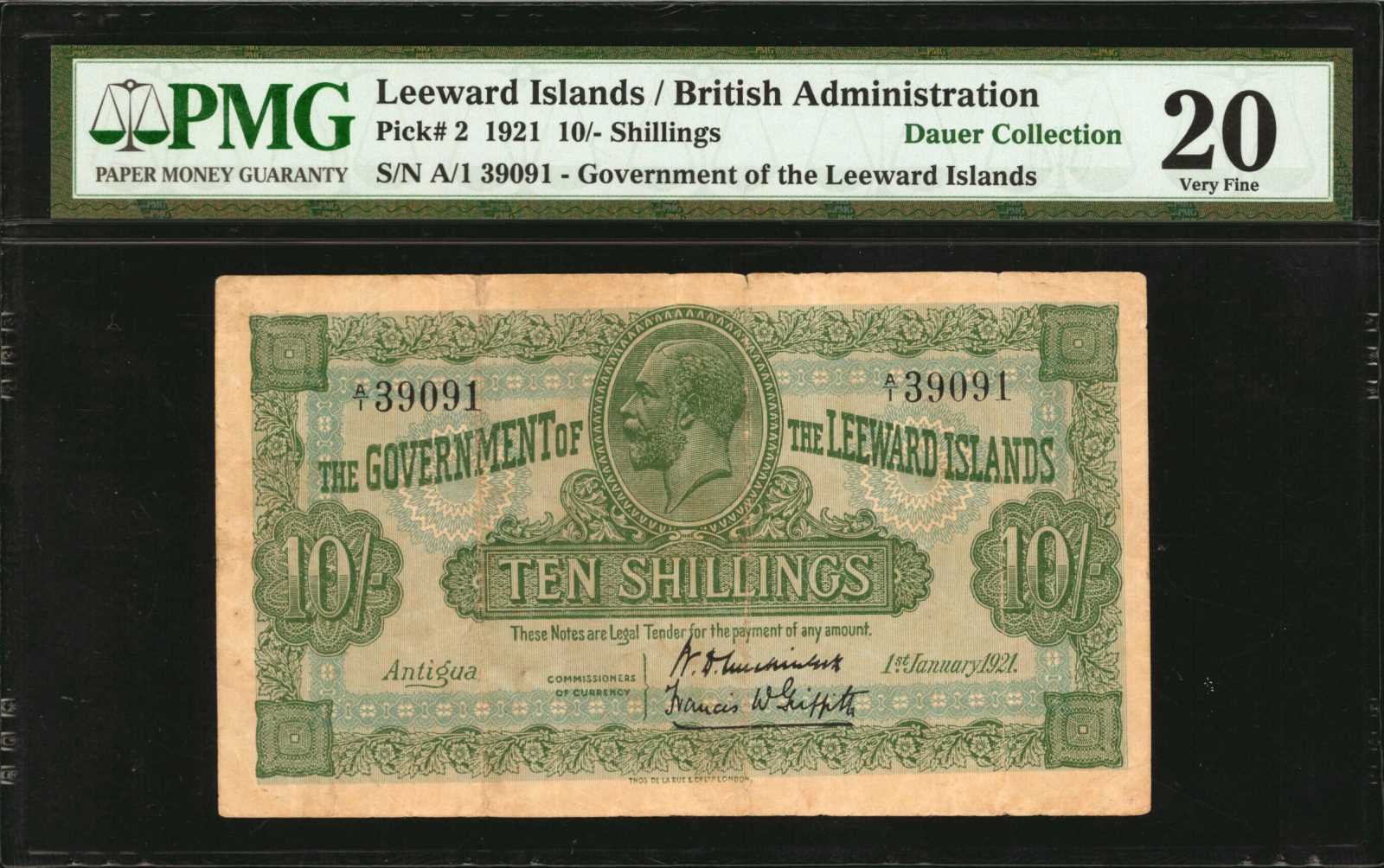 LEEWARD ISLANDS. Government of the Leeward Islands. 10 Shillings, 1921. P-2. PMG Very Fine 20. Printed by TDLR. King George V is found at top center, with "10/-" counters at left and right. The face is printed in a dark green and light blue ink, with still attractive details for the assigned grade noticed. The reverse shows the design printed in a light brown color, and displays arms at center with "10/-" denominations at left and right. An excellent pairing with the previous lot, and an opportunity for the most advanced collectors to acquire and complete the two denominations issued by this British Commonwealth. This note was last offered in Spinks September 2009 sale, a little more than a decade ago. We expect spirited bidding on this note, as it might be another decade (or longer) until this note is offered for sale on the auction block again, as notes of this caliber are tightly held onto.The Leeward Islands earned their name when sailing ships were the sole form of transportation in the world. In sailing terminology, the term "windward" means towards the wind, while "leeward" is the opposite direction. The prevailing winds, or "trade winds" as so many ships in the 1600s and 1700s relied on for travel & trade routes, blow out of the northeast. Thus, with the Islands being to the northwest, would be "leeward" to Islands in the southeast. The term originated with early Spanish colonizers, and under later British control the name stuck. Ex. Amon Carter, Christensen. From the Dauer Collection.