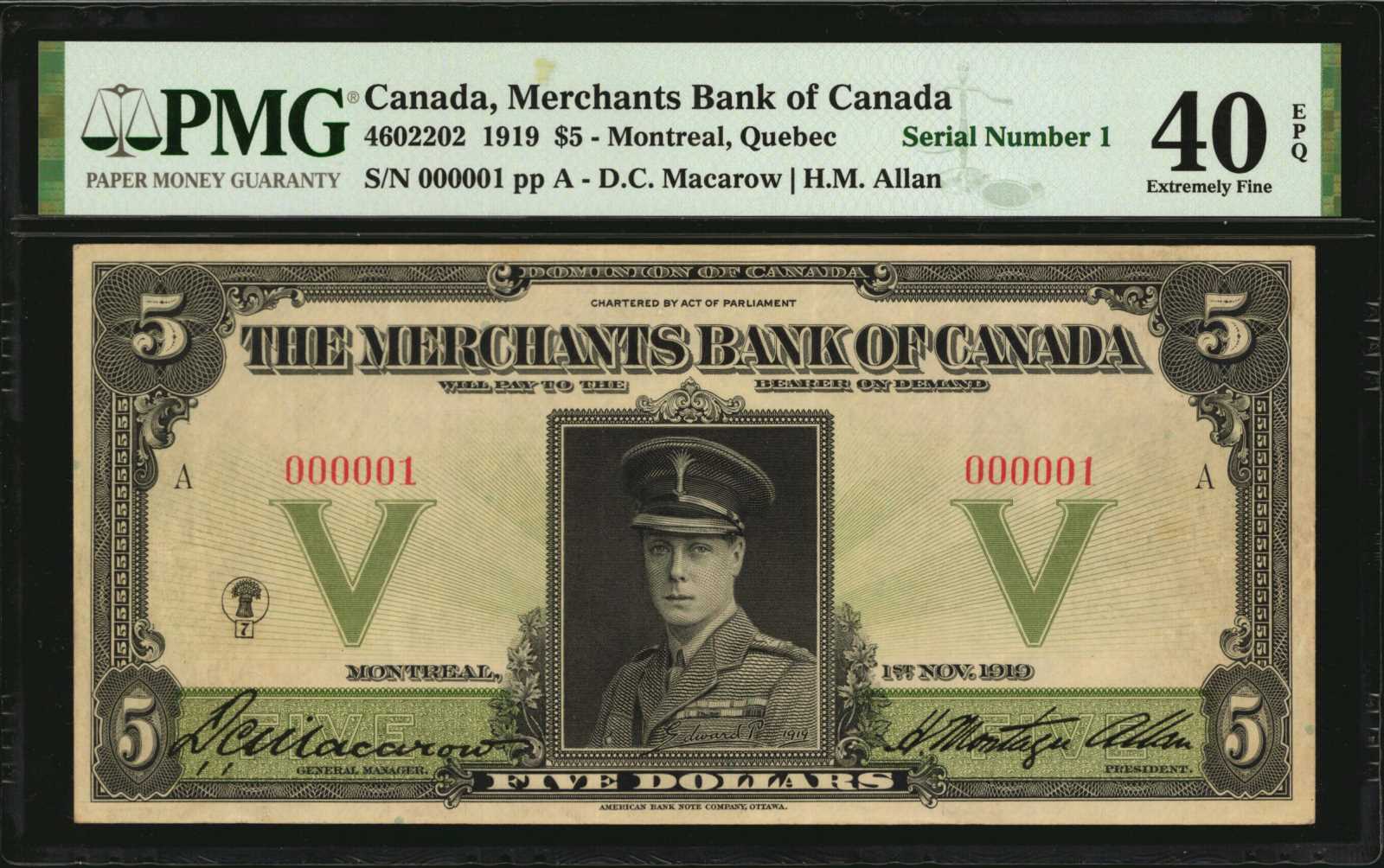 CANADA. Merchants Bank of Canada. 5, 1919. CH #460-22-02. Serial Number 1. PMG Extremely Fine 40 EPQ. Montreal, Quebec. An extraordinary offering of this 5 Dollar Merchants Bank of Canada issued note, as this note bears the coveted serial number of "000001" and displays plate letter "A." Found in a mid-grade with PMGs coveted EPQ designation, this 5 Dollar note retains plenty of appeal: from dark green ink on the face and intricate designs, to ornate lathe work found on the reverse. The reverse of the note displays the bank name at bottom, with a seal at center and "FI5VE" counters at left and right, with the denomination adorning the four corners.Edward, the Prince of Wales visited Canada in 1919 after the end of the First World War. The Prince of Wales was met with much popularity, as the Prices informal dress, mannerisms, and tour of Canada struck the right chord with Canadians. During his tour, he would meet with the League of Canadian Indians and would also lay the foundation stone of the Peace Tower on Parliament Hill. His tour began in St. Johns, Newfoundland and ended at Victoria, where the Prince laid the foundation stone of a statue of Queen Victoria.Included is a period envelope which reads: "First 5 Dollar Note of "a" series issued by the Merchants Bank of Canada: to coincide with the Prince of Wales visit November 1919." Also included is a vignette by ABNC of the Prince of Wales.