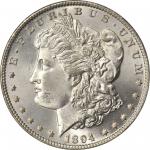 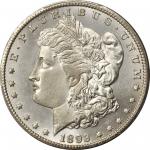 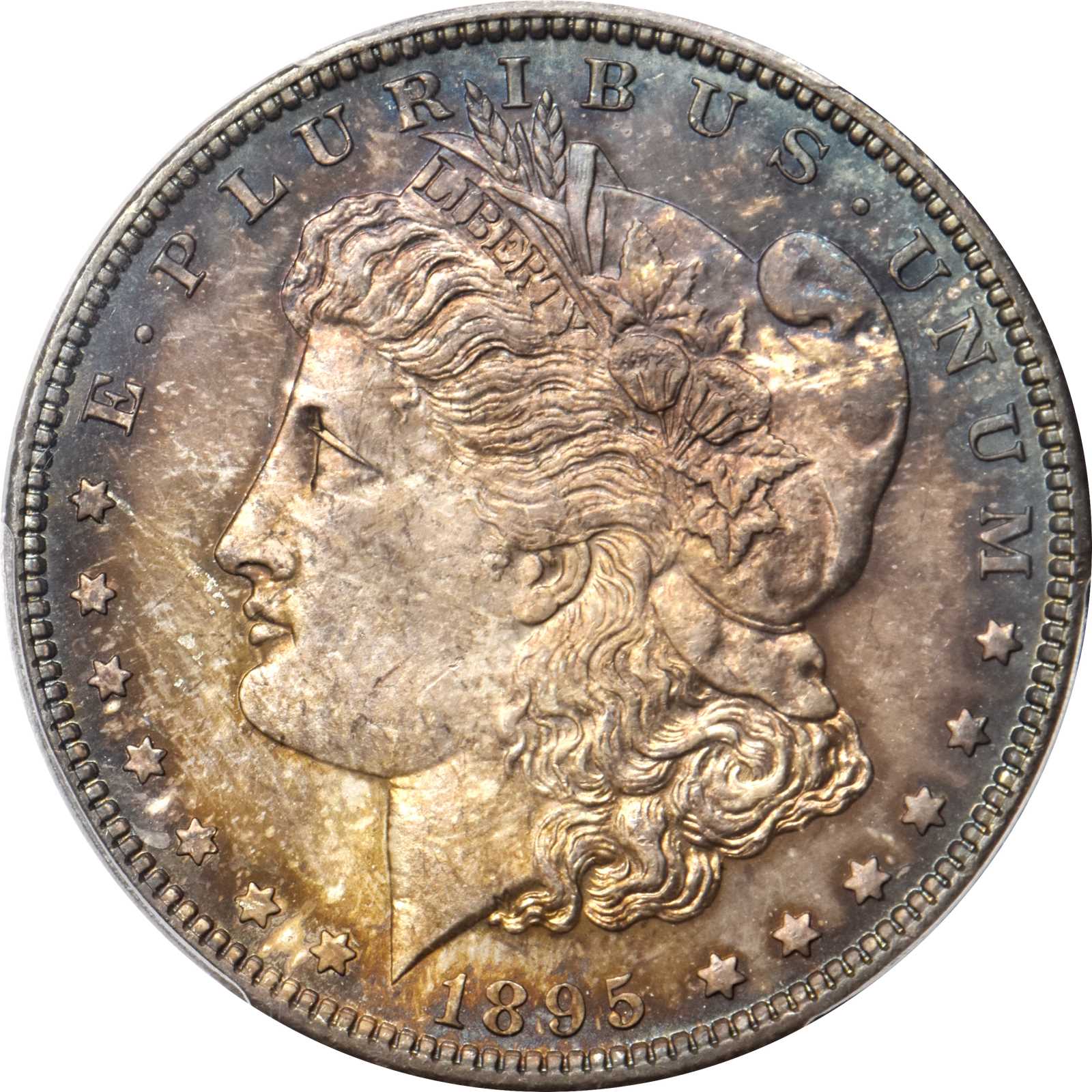 1895-O Morgan Silver Dollar. MS-65+ (PCGS). A legendary condition rarity among Morgan silver dollars, Gem examples of the 1895-O are more rumored than real in the numismatic market. Fortunately for advanced specialists in this popular and widely collected series, here is just such a coin. Both sides offer exceptional striking detail for an issue that is typically found poorly defined. Even the central high points on both the obverse and reverse are smartly impressed and sharp. Luster quality is also superior for the issue, the lively satin finish a far cry from the drab surfaces of the typical Uncirculated survivor. Overall smooth in appearance with richly original toning that is most vivid at the borders, this highly significant example would do justice to the finest Morgan dollar set.With only 450,000 coins struck the 1895-O has one of the lowest mintages among circulation strike Morgan dollars. Most examples were retained in federal vaults and melted later, although more than 100,000 pieces probably entered commercial channels and account for the typically encountered worn survivor in todays market. Mint State coins have always been elusive, and when offered at all are apt to display poor striking quality and/or unattractive surfaces. The present offering clearly represents an important bidding opportunity that specialists should not overlook. 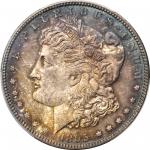 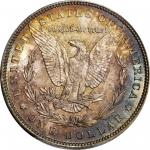