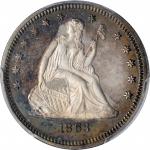 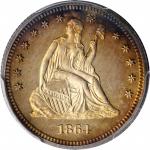 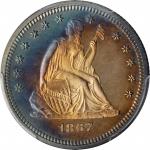 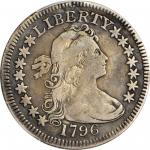 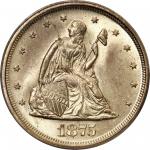 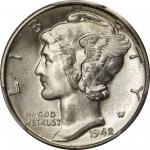 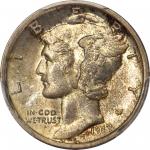 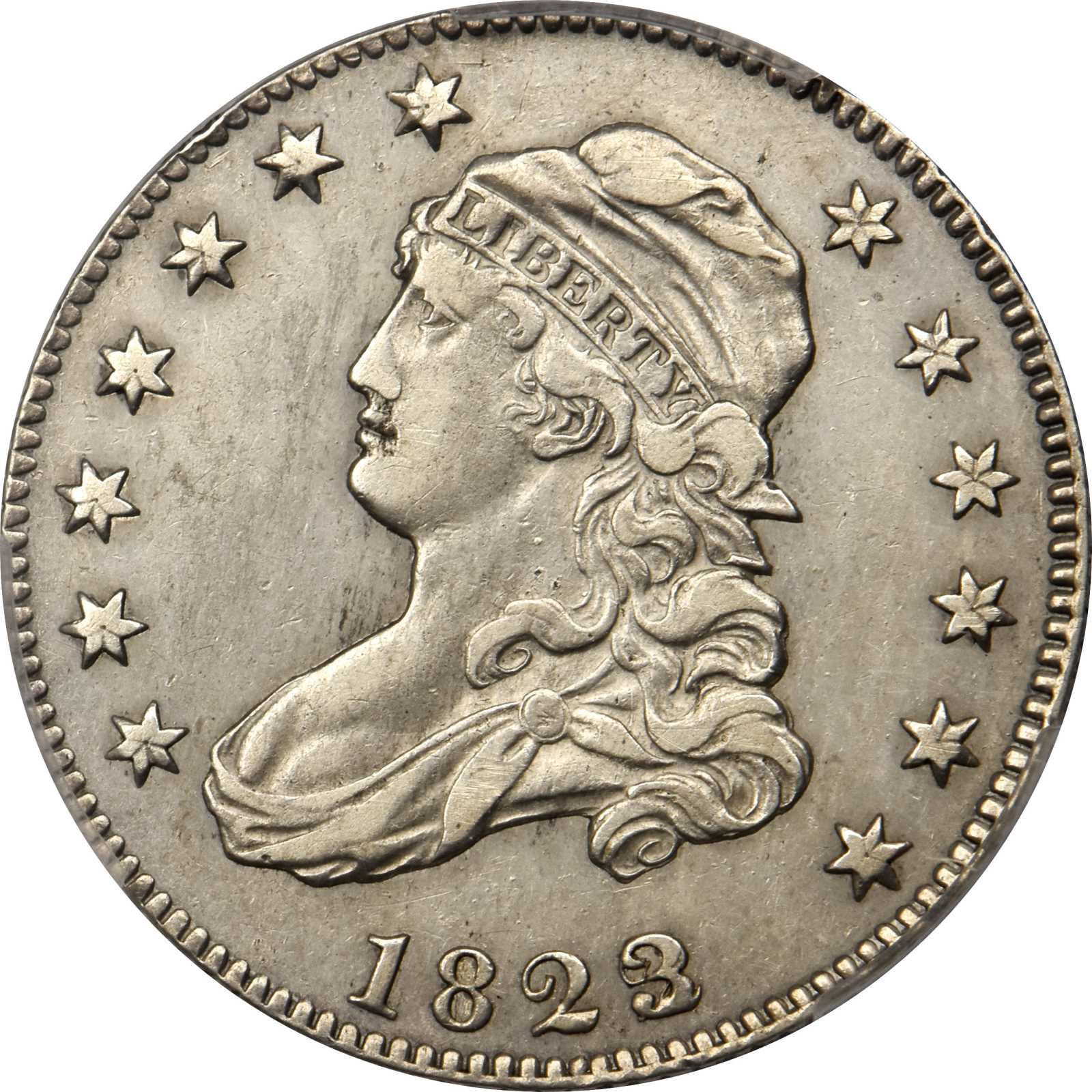 1823/2 Capped Bust Quarter. B-1. Rarity-6-. EF-45 (PCGS). The obverse is pearly silver-grey in color with a dusting of pinkish-bronze near the borders. The fields are remarkably smooth and without abrasions of note; just a few tiny ticks can be found in Liberty’s neck and lower hair curls. It is uniformly sharp with full denticles at the rim and centrils visible on every star. A minor blemish at the edge between stars 5 and 6 serves as a subtle-but-crucial pedigree marker. The reverse is more evenly toned in peach and golden iridescence, with hints of pearly luster in the fields surrounding the eagle. Trivial Mint-made planchet streaks show around the eagle’s head including a prominent streak through the B of PLURIBUS, which is also crucial for pedigree tracing.

Attractive overall with minimal traces of true circulation. Few American rarities have been so lovingly documented as the 1823/2 quarter, so carefully studied for provenance and technical nuance, and so appreciatively collected by those able to purchase one. The rarity of this date was already legendary by the time Montroville W. Dickeson wrote his 1859 emAmerican Numismatical Manual/em, where he pronounced this date “extremely rare.” In 1883, Harold P. Newlin posited that the four rarest U.S. silver coins were the 1802 half dime, the quarters of 1823 (all of which are 1823/2) and 1827, and the 1804 dollar, helping to contextualize the truly elusive nature of this issue.Dickeson, Newlin, and their contemporaries did not understand that reported mintage figures may have reflected the year the coins were delivered, but not necessarily the dates on the dies that were used to make them.

The Dickeson emManual /emgave a mintage figure of 17,800 coins, which encompasses all coins delivered in the 1823 calendar year. Today, considering the rarity of this date, most scholars presume that almost the entire delivered mintage of 1823 was actually dated 1822.Thirty-one discrete specimens have been documented, and a few more are assumed to exist in old-time collections or unexamined institutional holdings, yielding about 35. The Smithsonian Institution and the Durham Western Heritage Museum in Omaha both own well worn specimens. More than half of the known survivors are in grades below Very Fine, most quite worn, a few damaged, even one famously repaired to remove graffiti. It is difficult to overstate the significance of the present coin in the context of this incredibly rare issue. It was ranked as CC#8 in the exhaustive 2010 census by Rory Rea, et al. with an estimated grade of EF-40. At the current grade of EF-45 (PCGS), it is tied as the fourth finest certified by PCGS, with the AU-58+ Brand-Gardner-Link coin at the top of this population. No examples are currently graded in Mint State by PCGS or NGC, and the Newcomer-Miles-Hawn specimen has been graded Proof-64 (PCGS). This piece was illustrated as a plate coin in the seminal 1925 reference emThe Early Quarter Dollars of the United States 1796-1838/em by Add W. Browning, forever immortalizing it as an idyllic representation of the issue. It can be traced back to George S. Seavey circa 1873, and next appeared in the legendary June 1890 sale of the Lorin G. Parmelee Collection.

Plated in lot 947 and sold for $132, it was described as “excelled by only one specimen” and “exceedingly rare.” It then appeared a few times in the early 20th century, first at the January 1914 ANS Exhibit and then in in the Waldo C. Newcomer Collection, as advertised by B. Max Mehl in the March 1932 issues of emThe Numismatist/em. It last appeared publicly over 85 years ago in Louis R. Hemmer’s emPremium List/em of May 1935 and has been held privately since. While not technically a “new” discovery, this offering is certainly among the most exciting re-discoveries in recent memory from the early quarter series. Ex George S. Seavey, ca. 1873; New York Coin and Stamp Companys sale of the Lorin G. Parmelee Collection, June 1890, lot 947 (plated) at $132; Henry O. Granberg, displayed at the January 1914 ANS Exhibit; Waldo C. Newcomer; advertised by B. Max Mehl in the March 1932 issue of emThe Numismatist/em, page 198; Louis R. Hemmer Premium List of May 1935; private collection. The plate coin for the variety in the 1925 reference emThe Early Quarter Dollars of the United States 1796-1838/em by Ard W. Browning. 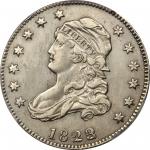 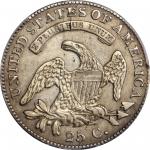