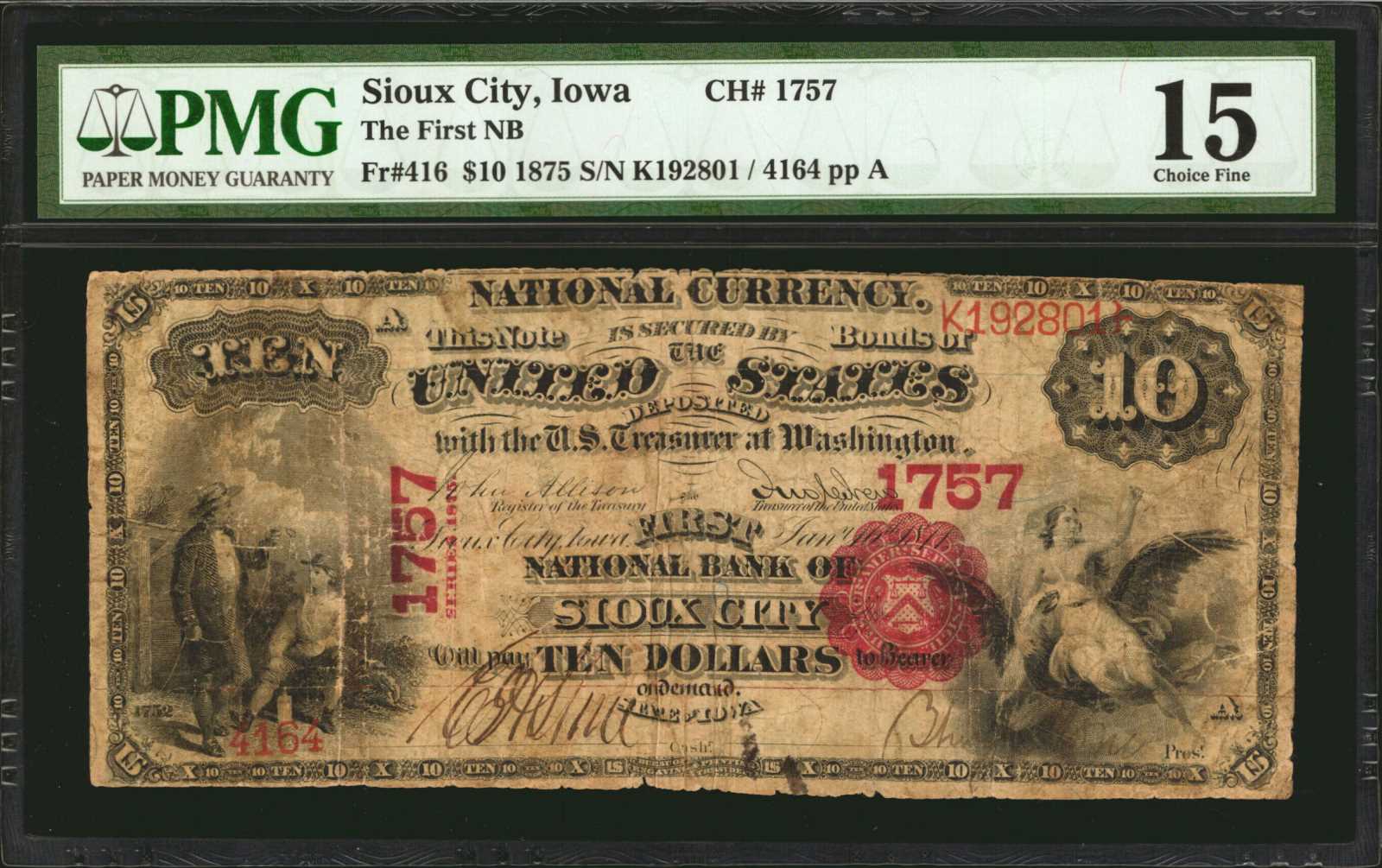 Sioux City, Iowa. $10 1875. Fr. 416. The First NB. Charter #1757. PMG Choice Fine 15. The First National Bank of Sioux City nationalized in 1870 and issued both original series and series of 1875 five, ten, and twenty dollar banknotes (along with some other later issues). Despite having a fairly robust issue, including just over 4,300 $10 first charters, the note we are offering here is in fact the first and only first charter note to be documented. In 1930 the bank went into receivership. One can only assume that banknotes from the institution were always sent in for redemption and destruction when they were encountered. Fortunately for collectors, this rare note, while lower grade, still has good color, and the all important cashier and president signatures are still strong and easily legible.