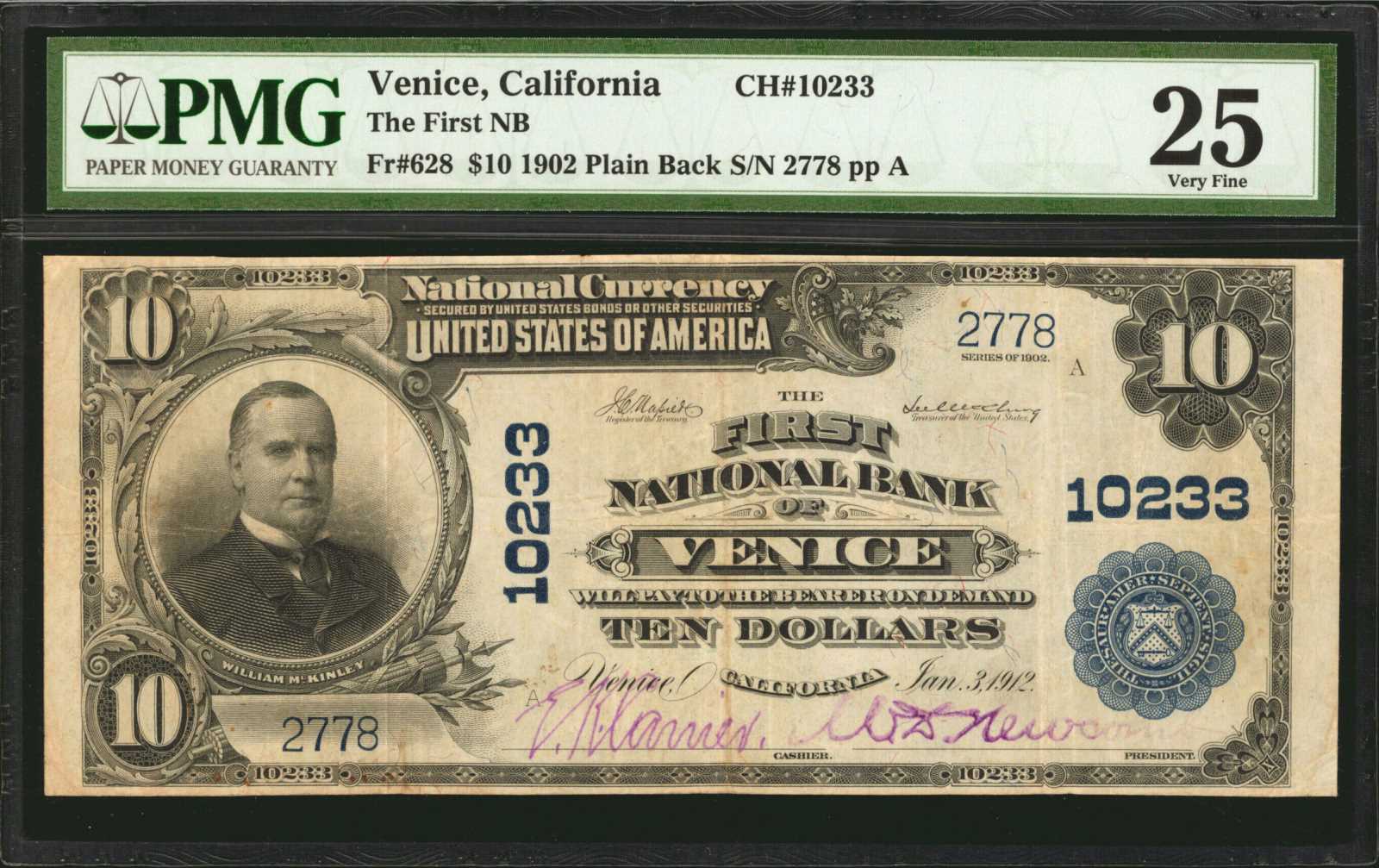 Venice, California. $10 1902 Plain Back. Fr. 628. The First NB. Charter #10233. PMG Very Fine 25. Southern California collectors will be excited to get a chance at another Venice blue seal. The reported grades range of the four reported are from Fine 15 to Very Fine 30. Venice was only founded in 1905 and by 1926 it had joined to become part of the city of Los Angeles. It was originally built as a tourist attraction and weekend destination for the residents of Los Angeles. The town population increased from 10,000 to 150,000 people. Just one national bank was needed to serve the financial needs of the full-time population. The bank issued less than 3,500 sheets of large size notes. Many banks with similar issuances are not so lucky to have four attractive survivors available to collectors. PMG comments "Minor Repair" which appears to be so minor, and well executed that we cannot detect it through the holder. This example is considerably nicer than the other two we have offered in recent years. The purple signatures are deep and the overall eye appeal is very pleasing. While this note last sold in 2010 for nearly $30,000, a figure that is unlikely to be obtainable, we would not be surprised if it brought towards our higher estimated range.