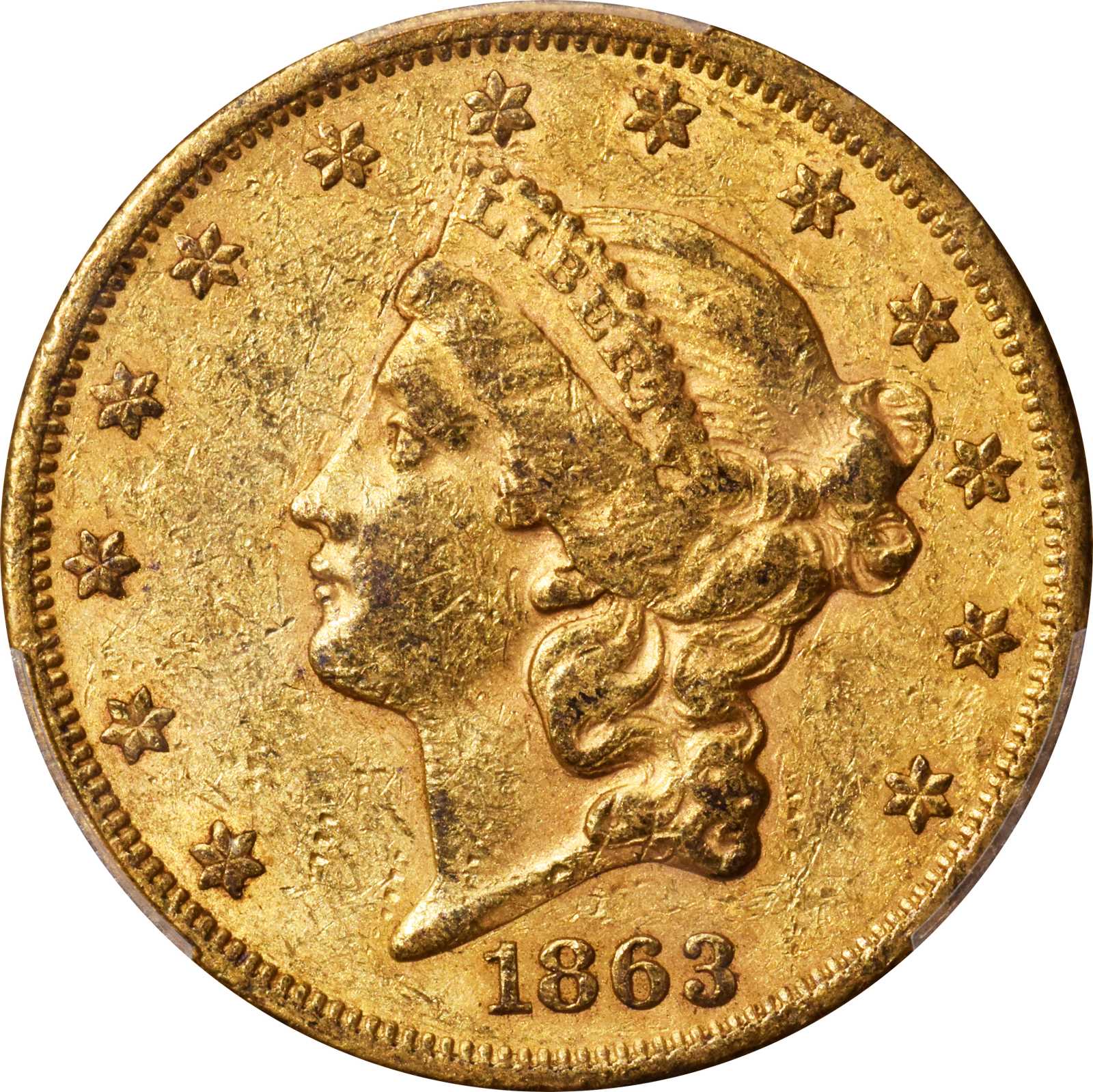 1863 Liberty Head Double Eagle. EF-45 (PCGS). CAC. This handsome Choice EF is bathed in warm, even, golden-honey patina. Suitably lustrous for the grade with plenty of bold striking detail remaining. While the 1863 was produced in somewhat greater numbers than the 1862, it still had a low mintage of just 142,790 circulation strikes. It is the third rarest Type I double eagle from the Philadelphia Mint, with only the 1853/2 and 1862 more difficult to obtain in all grades. With so few examples included in repatriations from European banks, and none discovered as part of the S.S. Brother Jonathan treasure, the 1863 remains a formidable rarity in Mint State. Conditionally scarce in its own right, the coin offered here would rank as a significant addition to any gold cabinet. From the Fairmont Collection.