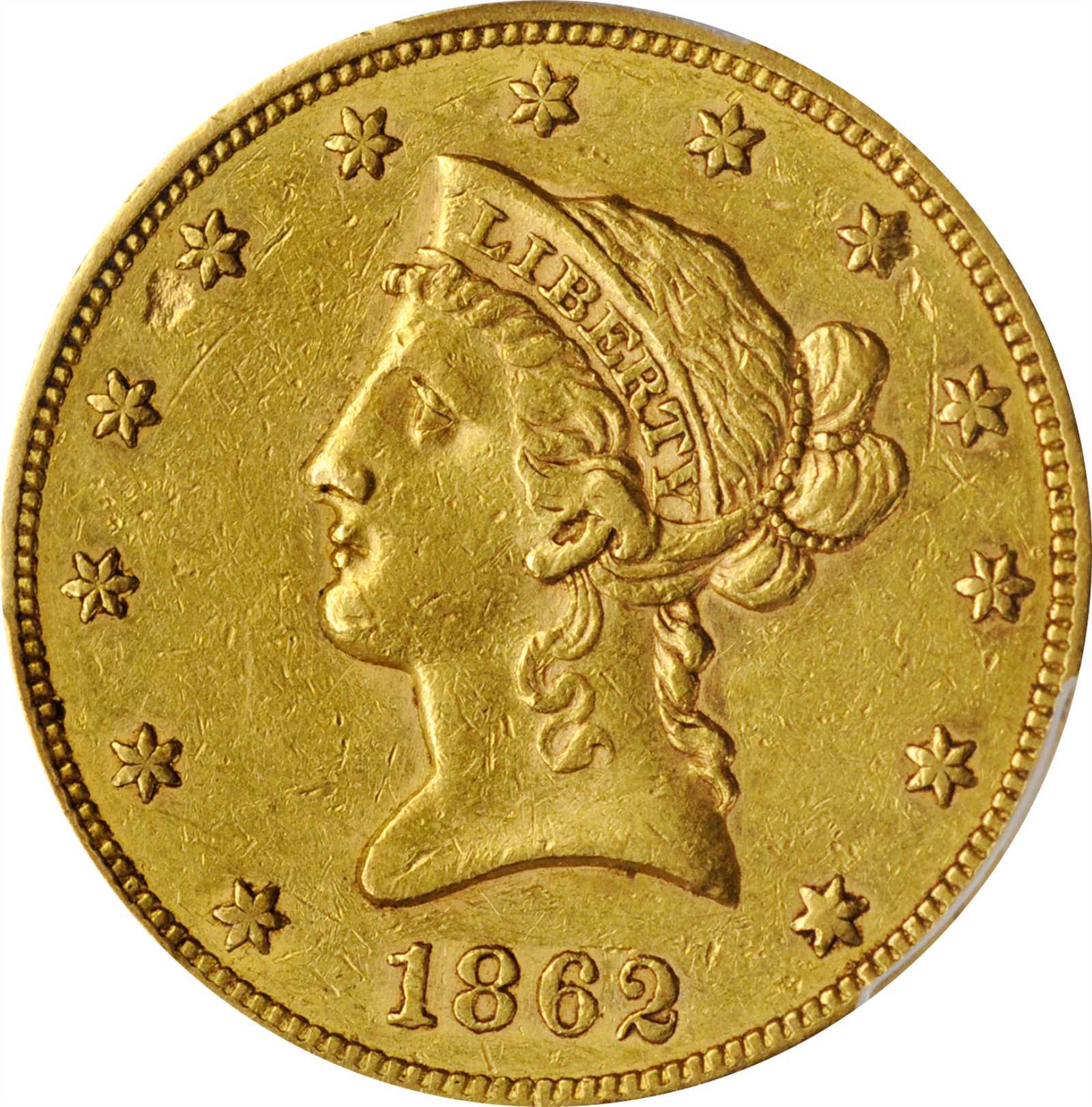 1862 Liberty Head Eagle. AU-53 (PCGS). A desirable AU survivor from this scarce Civil War issue. Considerable blooms of mint luster remain in the protected areas. Only minor marks appear under a glass and the overall complexion is well-composed. A small planchet flaw near star 5 is as-made and goes largely unnoticed. Vivid yellow gold in color and uniformly bold. As Union hopes for a quick victory in the Civil War were dashed with their defeat at the First Battle of Bull Run (a.k.a. First Manassas) in July 1861, Eastern banks suspended first gold and then silver specie payments. By early 1862 gold coins had effectively disappeared from circulation in the Eastern and Midwestern states, the yearly output of circulation strikes from the Philadelphia Mint also dropping off markedly as little bullion reached the facility for coinage. The 1862 has a modest mintage of 10,960 pieces, many examples of which were exported and eventually melted. When we further consider than most of the few survivors are well worn, the significance of the present offering should be obvious even to the casual observer. For the advanced gold specialist, and a coin that is sure to see spirited bidding at auction.