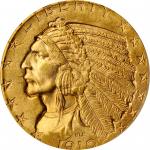 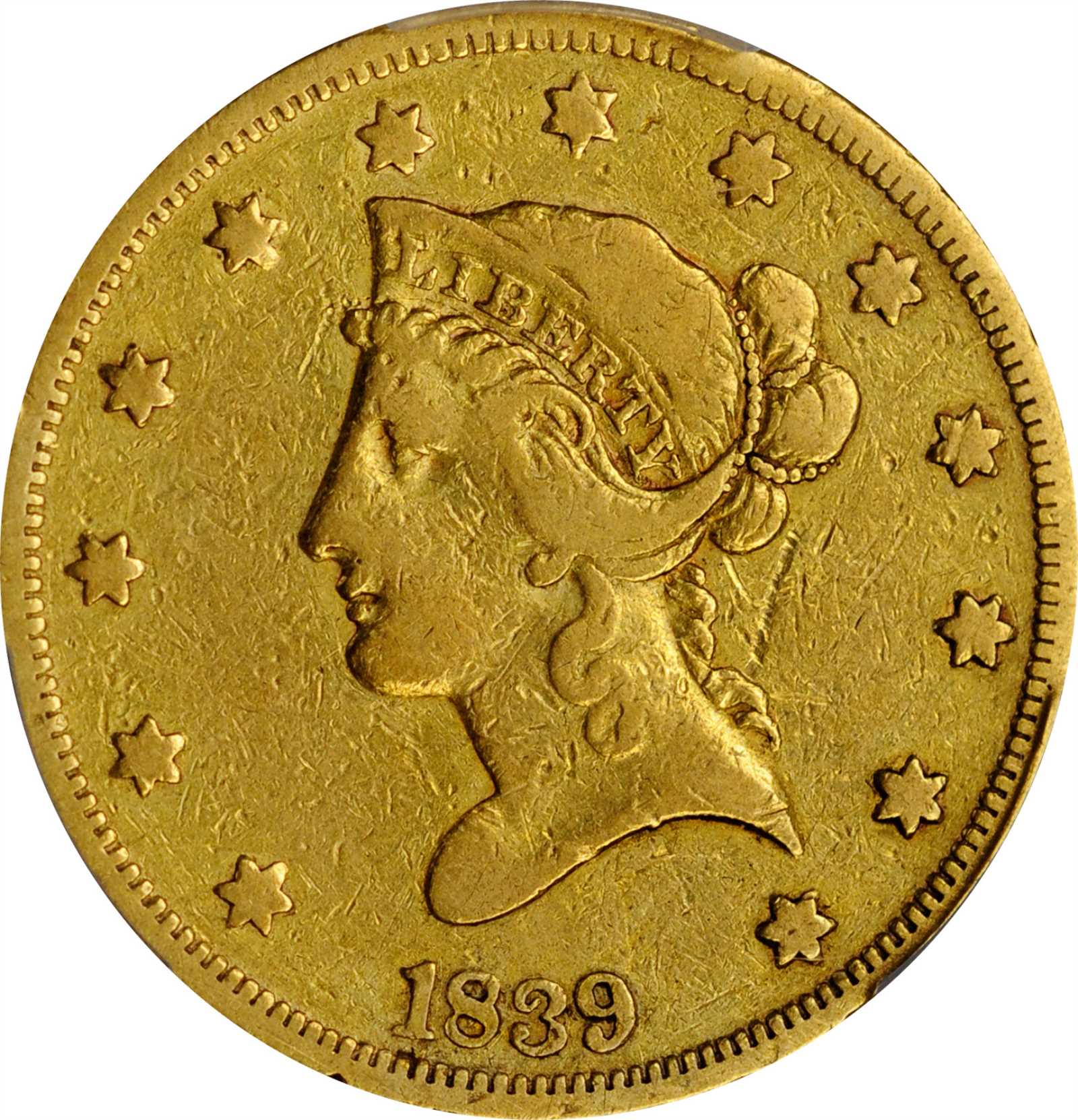 1839/8 Liberty Head Eagle. Type of 1838, Large Letters. VF-20 (PCGS). A pleasing mid grade example of this brief and challenging design type from the earliest years of Liberty Head eagle production. Both sides exhibit dominant medium gold patina with a hint of pale honey-olive evident as the surfaces turn away from direct lighting. All major design elements are boldly defined for the grade, a few light scuffs in the field behind Libertys head the only individually mentionable marks.The first iteration of Christian Gobrechts Liberty Head eagle bore a distinctive obverse featuring a sweep of hair completely covering Libertys ear and a peculiarly deep curve to the busts truncation. Benjamin Wests painting <em>Omnia Vincit Amo</em><em>r</em> ("Love Conquers All") served as Gobrechts model, even down to the beaded cord and coronet style. The first eagles using this design were struck at the end of 1838, with 7,200 pieces intended for circulation on top of four "specimen" coins presented to Secretary of the Treasury Levi Woodbury. In 1839, the same obverse design was employed for the first 25,801 eagles produced bearing that date before the design was modified. For the later pieces, Libertys hair was changed, and the truncation was also modified to be less dramatically curved. The date was moved to be more directly underneath the truncation, rather than the somewhat cumbersome placement nearer the tip of the bust. This modified obverse would be employed for the next 67 years before giving way to Saint-Gaudens Indian design. The overdate, a feature found on most examples of the issue, is an added point of interest on this already historically important coin.The 1839 Type of 1838 eagle is a very scarce coin in all grades, with perhaps just under 250 examples known, by far the vast majority of which are well circulated. While just a hair more available than the first year of issue, there is quite a bit of competition between type collectors and classic period gold specialists when an example appears at sale, regardless of condition. As a solidly graded VF with a pleasing appearance overall, this specimen will attract significant attention from numismatists of all stripes. Ex J. Christensen, December 21, 1970. Cardboard 2x2 with attribution notation included.