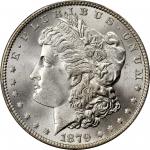 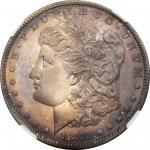 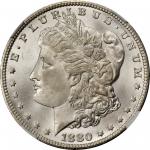 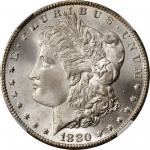 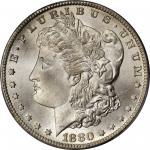 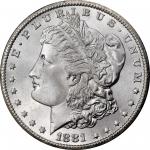 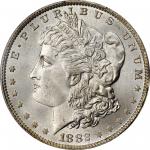 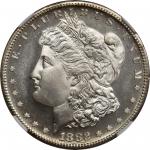 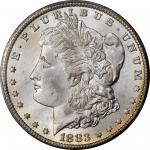 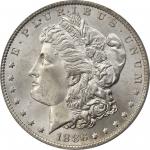 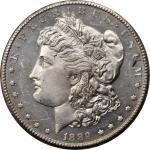 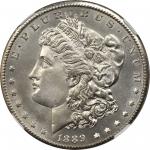 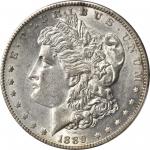 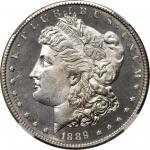 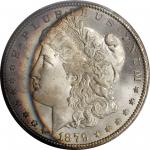 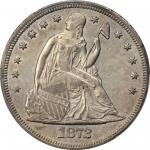 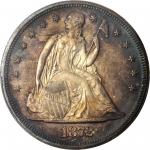 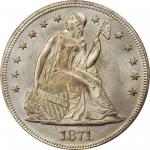 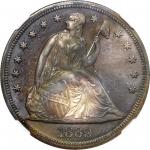 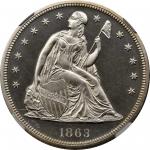 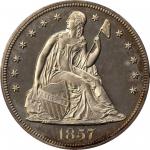 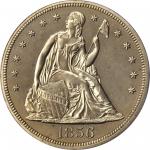 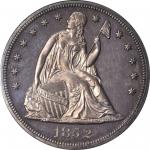 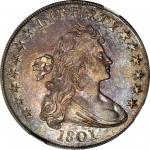 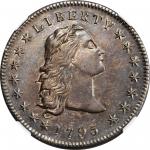 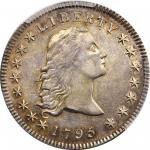 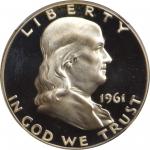 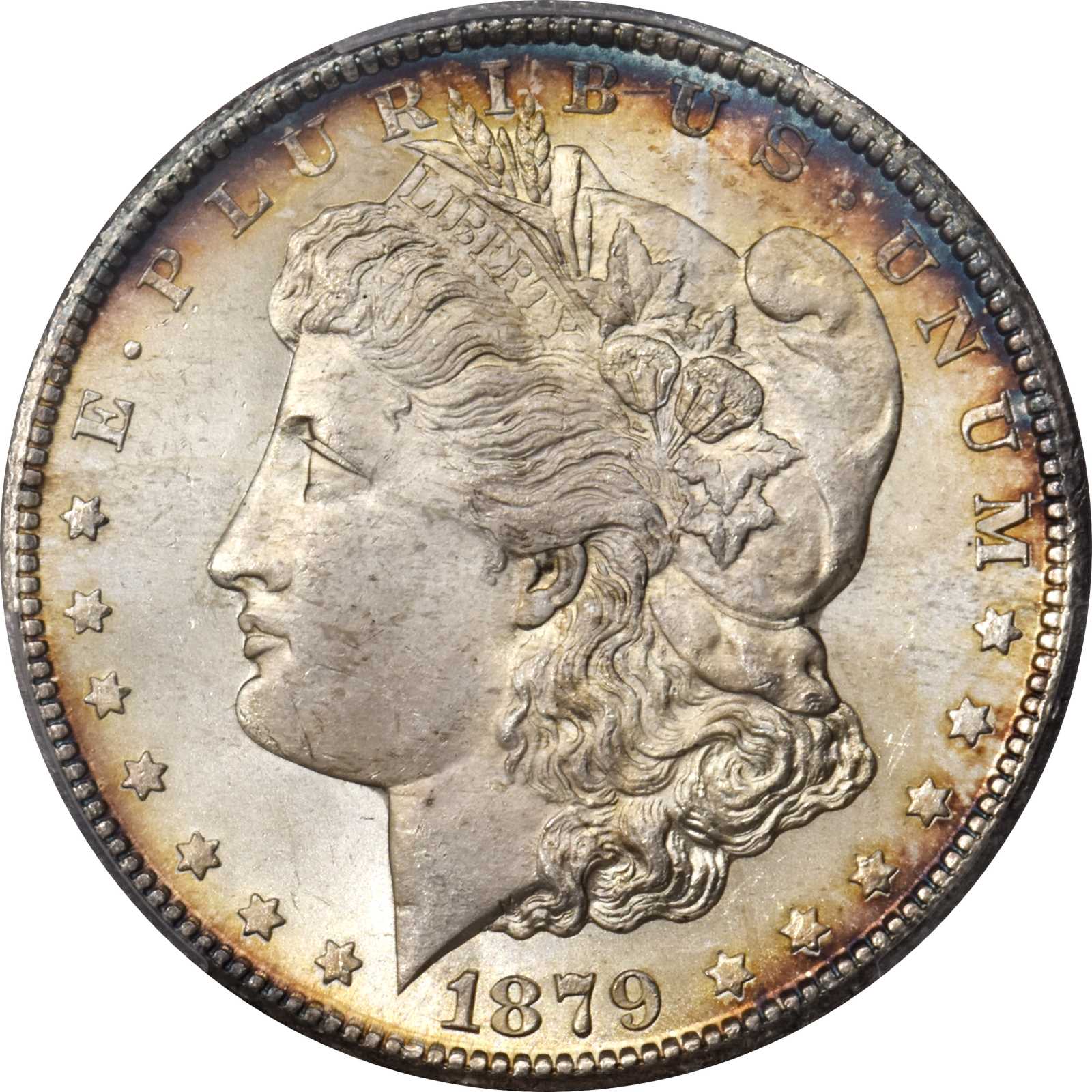 1879-CC Morgan Silver Dollar. VAM-3. Top 100 Variety. Capped Die. MS-65 (PCGS). A beautiful and original Gem with overall brilliant surfaces and deep rings of bronze and electric blue iridescence at the rims. The fields are lightly prooflike and free from distractions of any sort, proving a strong contrast against the more richly frosted design elements. This piece is among the very finest survivors of the Capped Die variety, with just 5 coins certified barely finer by PCGS at MS-65+. Largely known as the Capped Die, the 1879-CC Large CC Over Small CC variety is actually an overmintmark. The reverse die was first affixed with the small CC as used in the production of the 1878-CC Morgan dollar. This small CC was later partially effaced and a larger CC was entered in its place. Still later, the die acquired a considerable amount of rust in the mintmark area, and all known 79-CC Capped Die Morgans display the effects around the CC. Since this variety has also been described as the Broken CC, the 1879-CC Capped Die has garnered quite a bit of negative press over the years. This is unfortunate, since the Capped Die is actually scarcer than its Perfect CC counterpart in all grades. Nowhere is this discrepancy more marked that at the Gem Mint State level of preservation. This is an exceptional example surely fit for the most advanced Registry Set. 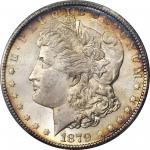 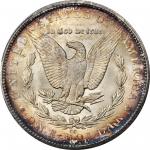