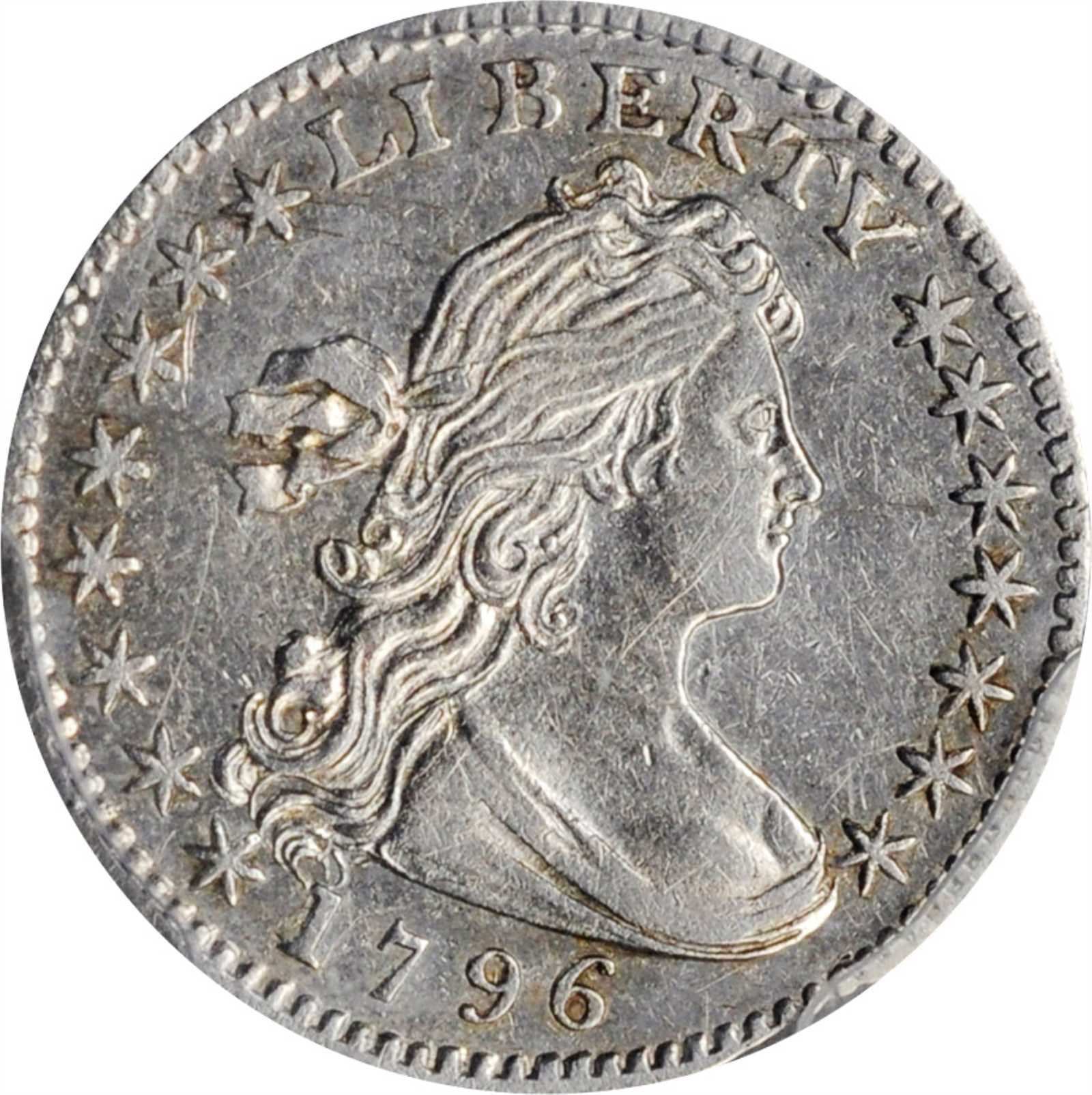 1796 Draped Bust Half Dime. LM-1. Rarity-3. LIKERTY. AU-53 (PCGS). Nicely centered and sharply struck, with brilliant, untoned surfaces. Significant luster shines from each side and a faintly prooflike complexion is seen in the fields. Inspection reveals natural planchet striations on the obverse, but these go entirely unnoticed to the naked eye. The popular 1796 is the first of only two half dime years that feature the Draped Bust, Small Eagle design type. Two die marriages are known with Logan-McCloskey 1, represented here, corresponding to the LIKERTY <em>Guide Book</em> variety. This name is derived from the use of a broken B punch that gives that letter the appearance of a K. While not as rare as LM-2, LM-1 is scarce in its own right with most survivors well worn, if not also impaired. The handsome AU offered here would serve as a highlight in any cabinet. Ex Heritages sale of the Elbert Henry Gary Collection, January 2016, lot 3671.