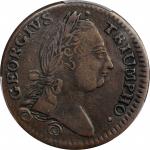 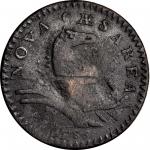 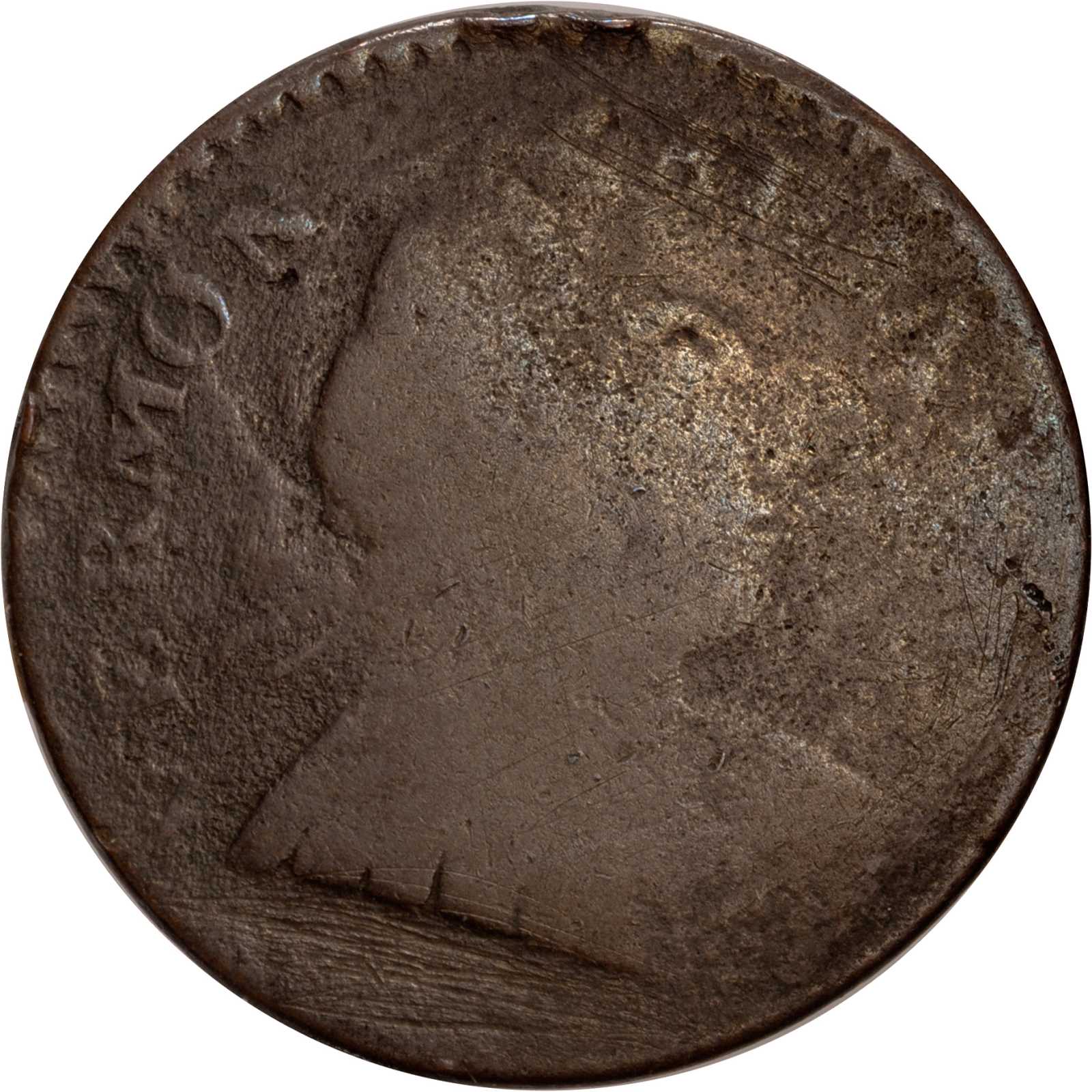 1788 Vermont Copper. RR-35, Bressett 20-X, W-2130. Rarity-6+. Bust Right, *ET LIB* *INDIE--Overstruck on a Counterfeit Irish Halfpenny--Good-6, scratches. 101.82 grains. Readily attributed as RR-35 from the die crack that comes off the rim above O of VERMONT and passes through to the top of the ribbon. It is delightfully smooth overall but with the slightest granularity in the fields. Dark tobacco brown hues are accented by lighter cocoa shades on the high points. Concentrations of ancient pin scratches are seen at the upper obverse and lower edge on both sides, though these have long worn into the overall aesthetic. Struck over a counterfeit Irish halfpenny as are all known examples RR-35. Faint traces of the undertype remain in the peripheries, and the ordinal III is remarkably distinct at the right reverse edge. An appealing example of this prized variety that is a new discovery and now being offered to the numismatic community for the first time. The Ryder-35 is a great rarity in the Vermont series and has been missing from many great collection of Vermonts, including those of Ezra Cole, the Norweb Family, Marvin Matlock, John Roper, Dr. Gordon Smith, Frederick Taylor, the Garrett Family, Herbert Oechsner, Gilbert Steinberg, Roy Bonjour, John J. Ford, Jr., and Ted Craige. It is a distinct and desirable <em>Red Book</em> type featuring the reverse legend as *ET LIB* * INDE, also as found on Ryder-18 with which it shares a reverse. Of the limited number known about half are impounded in museums and historical societies, while the remainder are tightly held in advanced Vermont copper die marriage sets. To that end, we have sold only four examples in the past two decades including the VG-8 Dr. Hinkley specimen (November 2001), a damaged VG-8 example (June 2005), the AG-3 Sherff specimen, and the sharp VF-25 piece from the Lilly J Collection (November 2013). The Newman coin was graded VG-10 (NGC) and the Partrick specimen was called VF Details--Environmental Damage (NGC). Nearly all known examples show some level of damage or surface problems and very few are sharper than VG. The present example sits near the middle of the condition census, offering strong definition and smoother surfaces than seen on most. It is truly a landmark offering and one that collectors may not see again for many years. Recently discovered, unattributed, by an advanced numismatist. 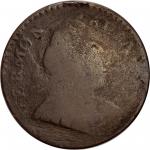