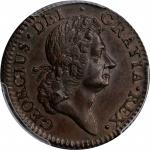 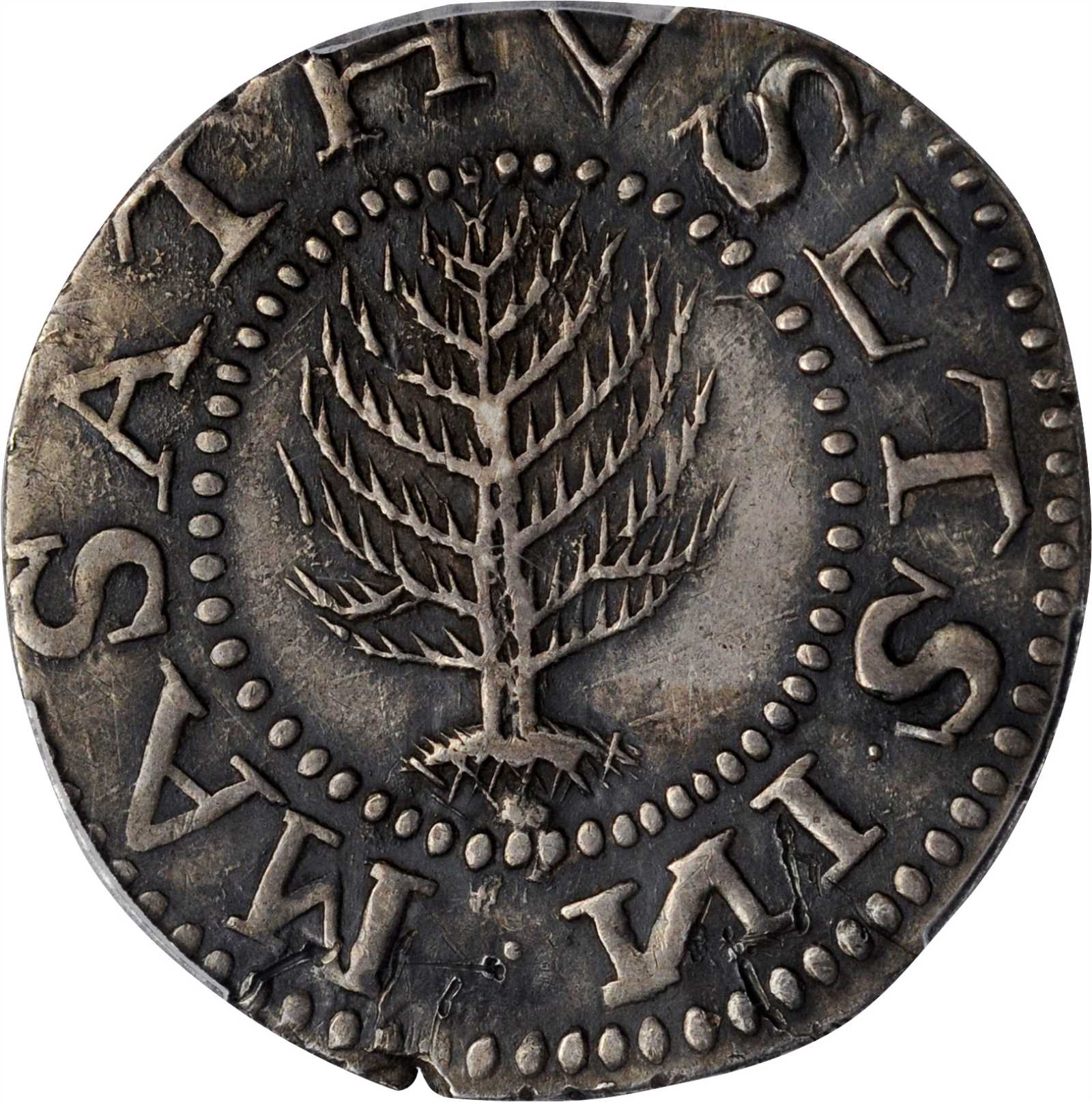 1652 Pine Tree Shilling. Large Planchet. Noe-8, Salmon 7-E, W-740. Rarity-4. Ligatured NE In Legend. AU Details--Tooled (PCGS). 69.28 grains. A superb example, with beautiful toning of deep gray around lighter gray centers, enlivened with slate blue and hints of gold. Strong hints of luster remain in protected areas on both sides, and the surface quality is essentially unimprovable. The centering and sharpness are likewise about as nice as could be hoped for. The base of the obverse shows a few old marks, a couple nicks around the letter M in MASATHVSETS and another above the word IN. This is deemed tooling by PCGS, which seems unduly harsh for an otherwise choice and original 325+ year old American coin. Ford had the unimaginable good fortune to own two Unc specimens of this variety. One brought $54,625, the second sold for $46,000. The Boyd-Ford Choice EF netted $20,700; it was less sharp than this. Ted L. Craige, when he owned this coin, described it as an "early state, no breaks," earlier state than Ford:97, with essentially no break on GL of ENGLAND. Mr. Craige also called this coin "CHOICE!" On the whole, we agree. From our sale of the Ted. L. Craige Collection, January 2013 Americana Sale, lot 11014.