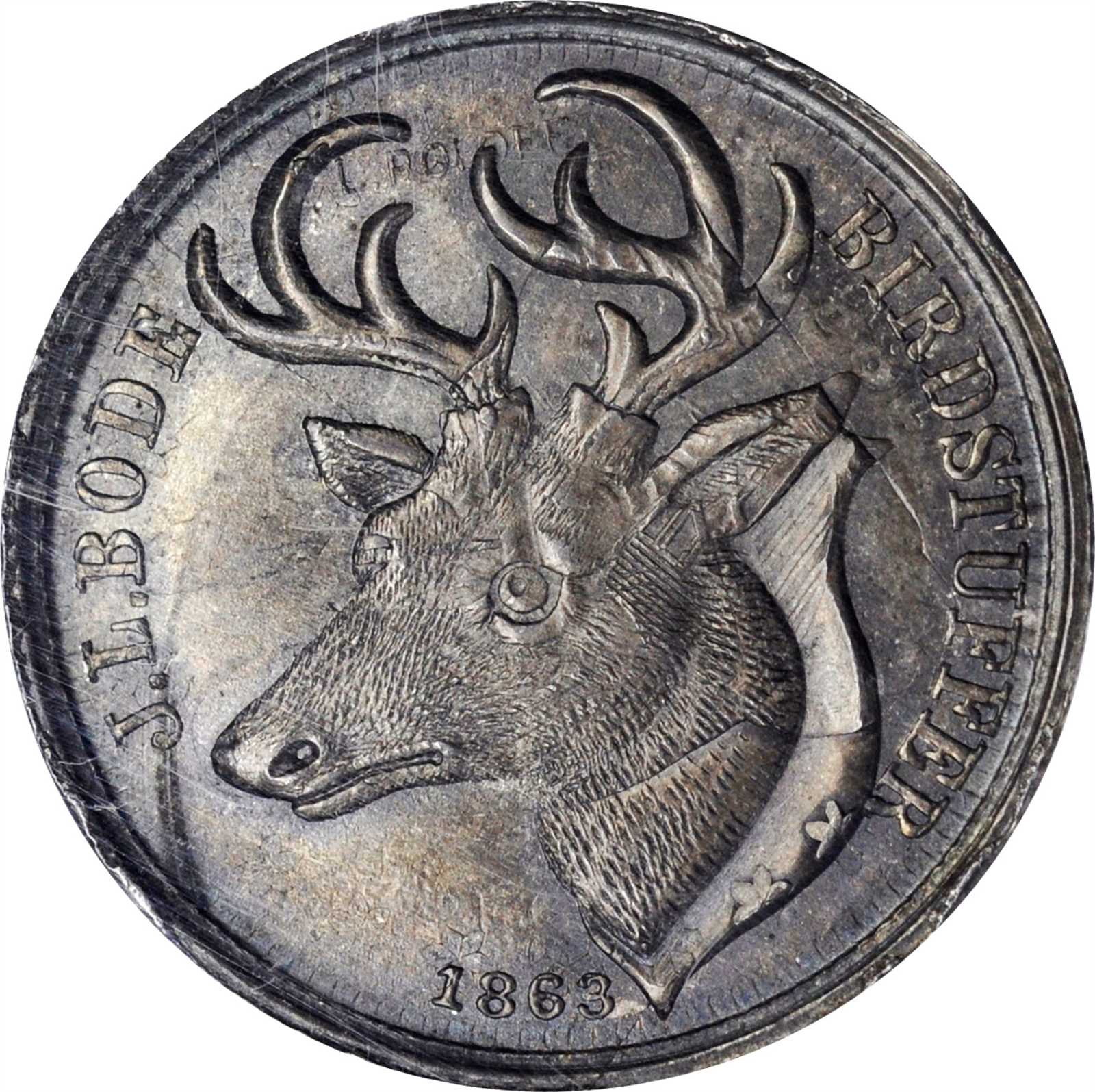 New York—New York. 1863 J.L. Bode Birdstuffer. Fuld-630H-1fo. Rarity-10. Silver. MS-64 (PCGS). A spectacular example of this token, not only very rare in silver but potentially unique on the present host. Beautiful deep steel gray with gentle mottling and just a faint trace of rose at the central reverse. Boldly and evenly struck on the host, but with considerable portions of the undertype visible on both sides. The date of the quarter is prominently visible beneath the letters BIRD of BIRDSTUFFER on the obverse, while generous portions of the eagle are seen on the other side. A very handsome piece and from one of America’s greatest collections. Likely purchased by our consignor in the Garrett sale and, as such, it is being offered here publicly for just the third time in 137 months of March. In the Garrett sale, Q. David Bowers was excited enough by this piece to give it a full page and valuable space on the color plate. That is quire remarkable in itself for a sale like that of the Garrett Collection that contained so many great rarities. This said, it did realize $4400 in 1981, so it seems its presentation was warranted! From Haseltine’s 65th sale, March 1, 1883, lot 161; our (B&R) sale of the Garrett Collection, Part IV, March 25-26, 1981, lot 2045.