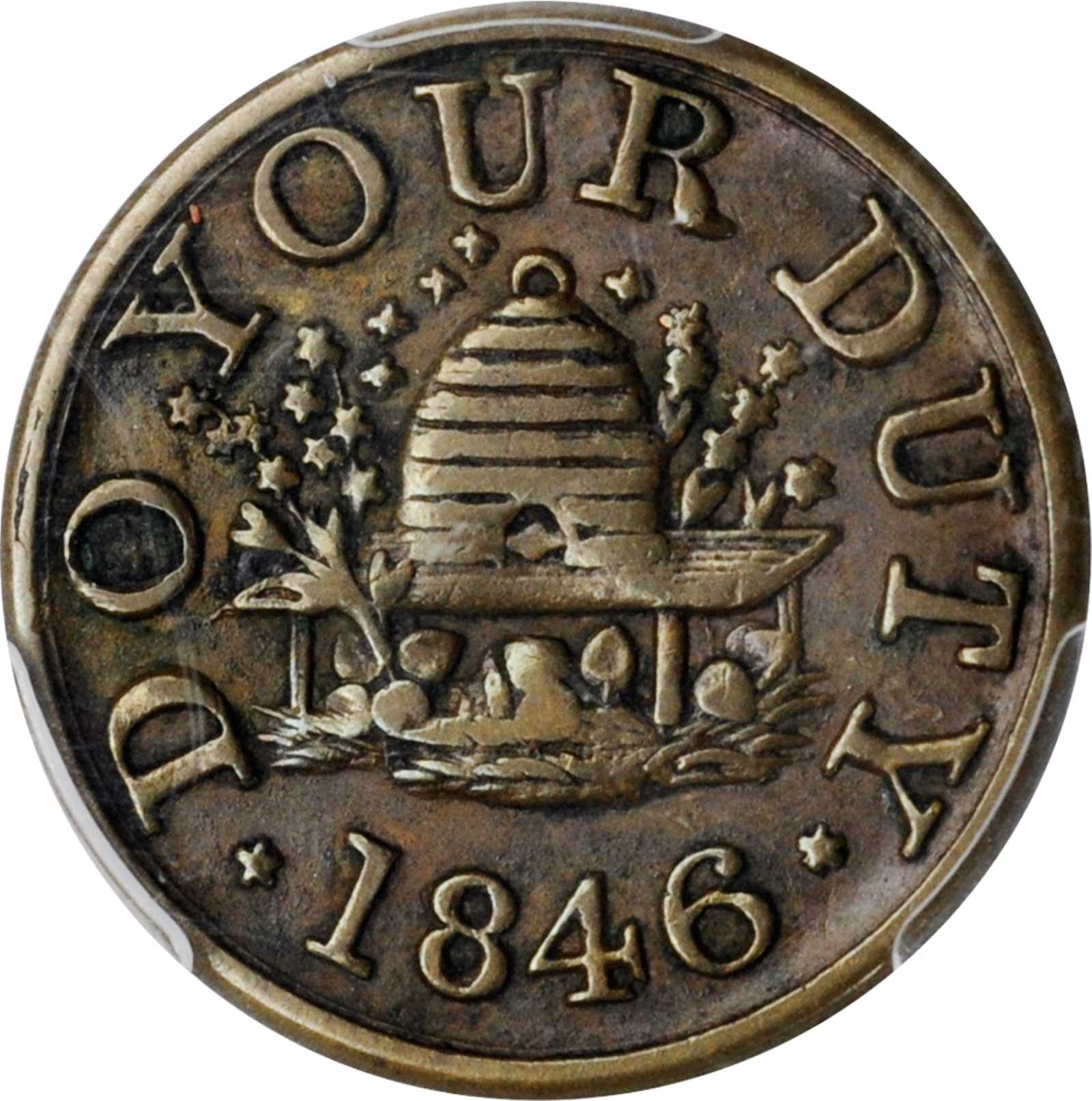 Non-Local. 1846 Do Your Duty. Rulau-Y4. Brass. Plain Edge. 18 mm. EF-45 (PCGS). A richly original example toned in dominant olive-copper patina, the reverse with lighter golden-brown in and around the center. All design elements are boldly to sharply defined, the surfaces smooth in hand with a bit of light build up in the protected areas around the peripheral devices that we mention solely for accuracy. Designated a non-local token in Rulaus 2004 publication <em>United States Tokens: 1700-1900</em>, this type is nevertheless attributed by the Brigham Young University Religious Studies Center as being issued by Peter Haws, one of the principals of the Nauvoo Agricultural and Manufacturing Association while camped at Garden Grove, Iowa Territory. They go on to note, "His token was circulated in Garden Grove and throughout Pottawattamie County and used as a barter or exchange among Latter-day Saints." It was also said to have been issued in Provo, Utah in an earlier publication on Mormon coins and currency. At any rate, there is no scarcity of modern reproductions of this piece being offered in antique and gift shops in Mormon areas and on the Internet -- but the originals, as here, are very difficult to find, with this problem free piece being especially desirable. The only other example of the type graded by PCGS, an AU-50, realized a monumental hammer of over $3,500 (after buyers fee) in September 2016. It should be noted that the former and latter pieces have received different PCGS coin numbers, though are clearly the same type.