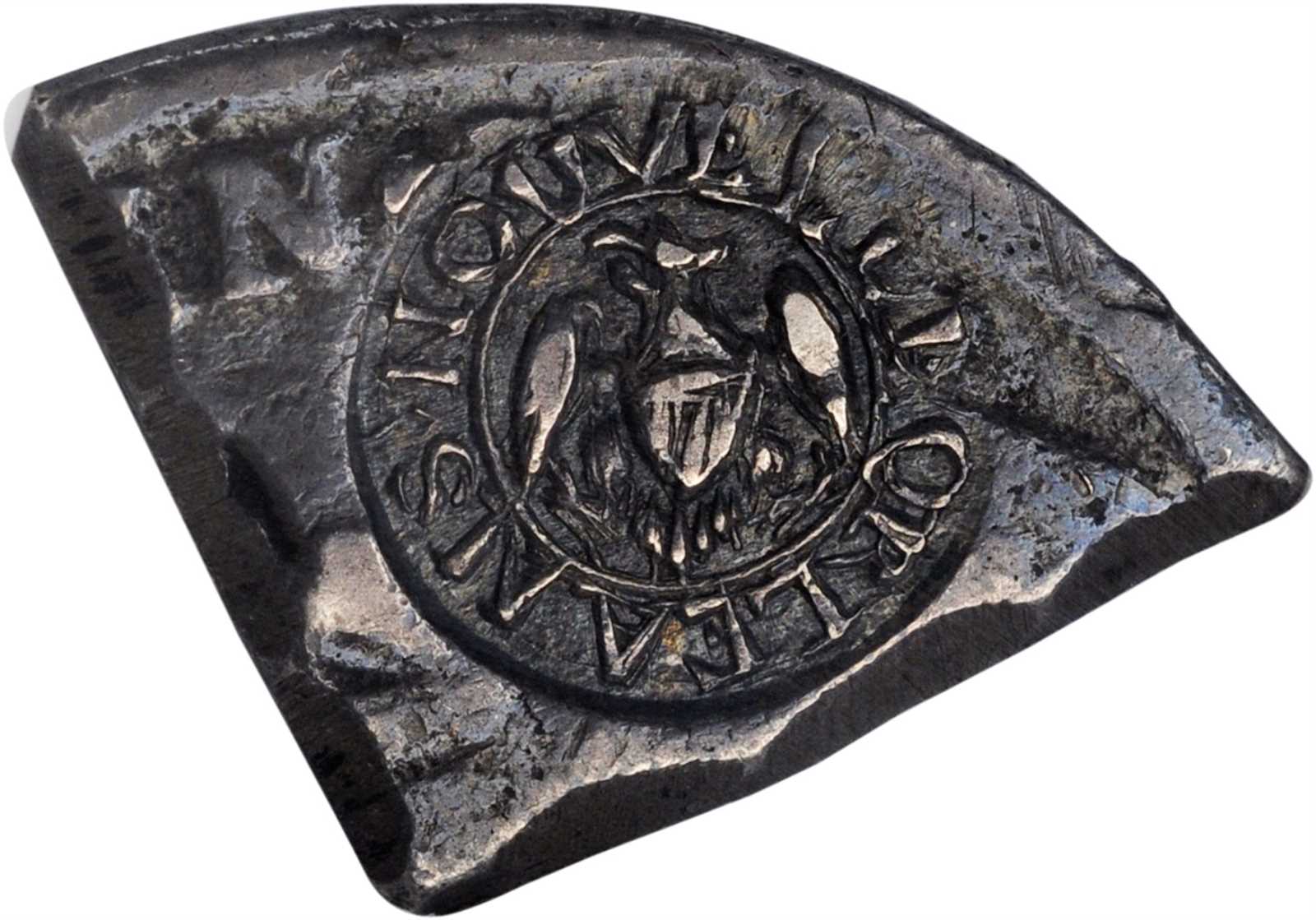 Louisiana—New Orleans. (ca. 1811-1815) Planter’s Bank Counterstamp on a cut down 1/4 section of a Spanish American 8 Reales. HT-124, Low-82A. Rarity-6. AU-55 (NGC). 4.6 grains. A really outstanding example of this prized Louisiana issue. Blue and deep steel gray toning over much of the surface, with some lighter gray on the high points and soft gold in the recesses of the PB punch. The host is cut down somewhat from the standard 1/4 of an 8-reales and a crudely reeded edge has been applied. Underweight pieces are standard for the issue, enough so that they have their own attribution number. The countermarks are nicely applied and sharply detailed. The border of the NOUVELLE ORLEANS punch is soft from 12:00 to 3:00 due to the curvatures in the plane and design features of the host. The PB punch is evenly and deeply impressed. From one of the greatest American collections, that of the Garrett family. In that sale, this piece was given a provenance to Colonel James W. Ellsworth and, earlier, the George Parsons collection sold by Henry Chapman in 1914. However, the Parsons specimen was lot 2031 in the Garrett sale, not this one. Still, both pieces were said to be from Ellsworth, so there is no reason to question that provenance. From the collection of Colonel James W. Ellsworth; John Work Garrett; our (B&R) sale of the Garrett Collection, Part IV, March 1981, lot 2032