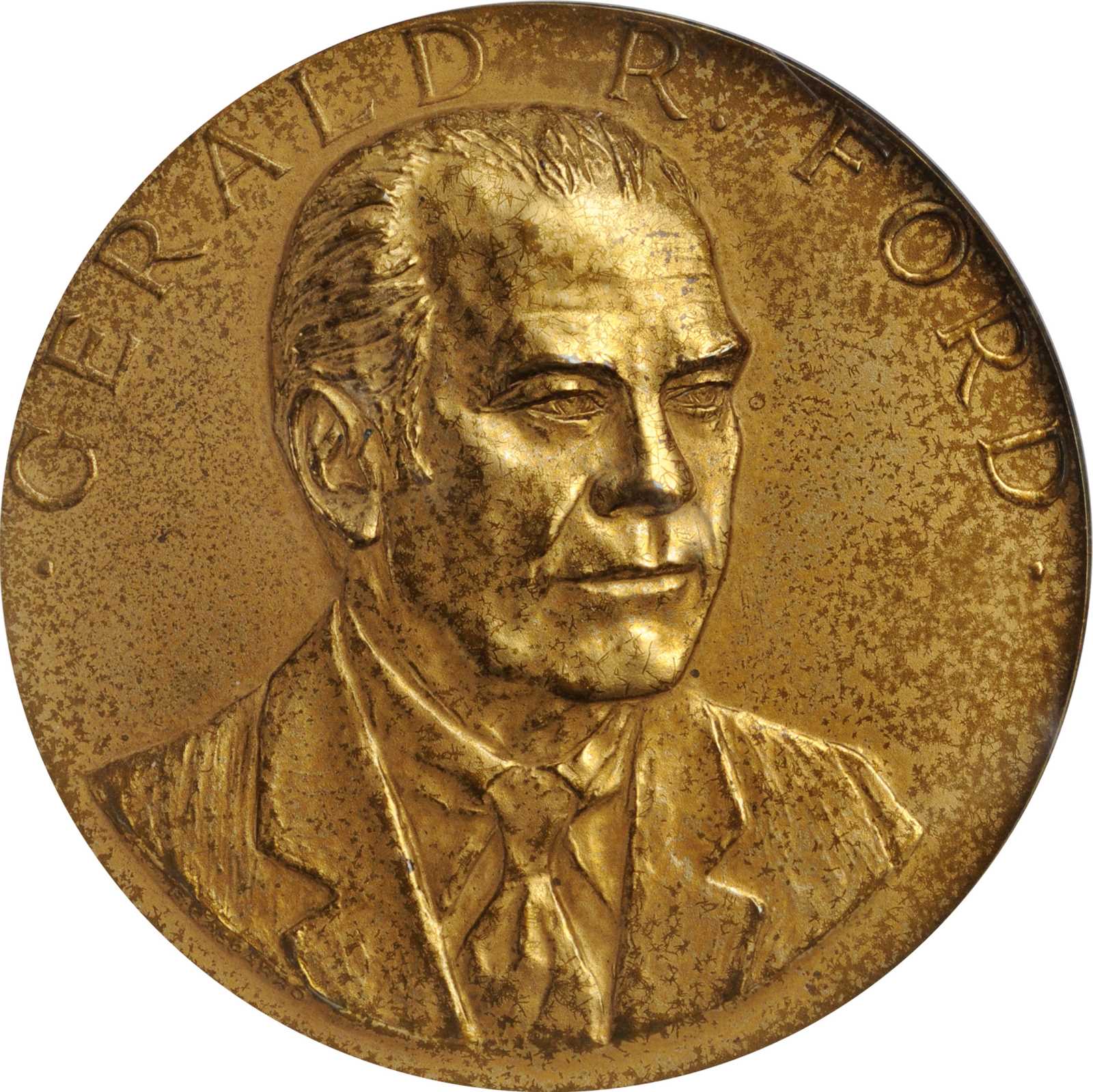 1975 United States Assay Commission Medal. Bronze. 57 mm. By Frank Gasparro. JK AC-119a. Rarity-7. MS-63 (NGC). Speckled rose-gray highlights overlay a base of antique golden-bronze. The strike is razor sharp, allowing full appreciation of the popular reverse design.The obverse design is similar to that used on Gerald Fords vice presidential medal, MacNeil-GRF 1973, while the reverse exhibits a rendition of the famous 1914 oil painting "Inspecting the First Coins" by John Ward Dunsmore. Both designs are attributed to Frank Gasparro. Rare.The 26 members of the 1975 Commission received their medals at the Philadelphia Mint on February 12 of that year. The present example is accompanied by the original case, box and informational card on Dunsmores aforementioned painting "Inspecting the First Coins." These items are in Extremely Fine to As New condition, only the box displaying mentionable handling in the form of a tear at the upper left corner of the lid and light ink markings on both the top and bottom. Also included in this lot is a clipping from the March 8, 1975 issue of <em>Numismatic News Weekly</em> announcing the distribution of the 1975 Assay Commission medals. (Total: 1 medal; 4 supporting items) From the Richard Jewell Collection.