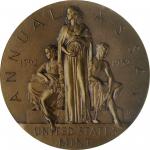 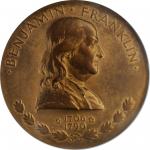 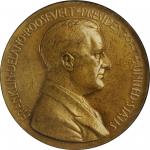 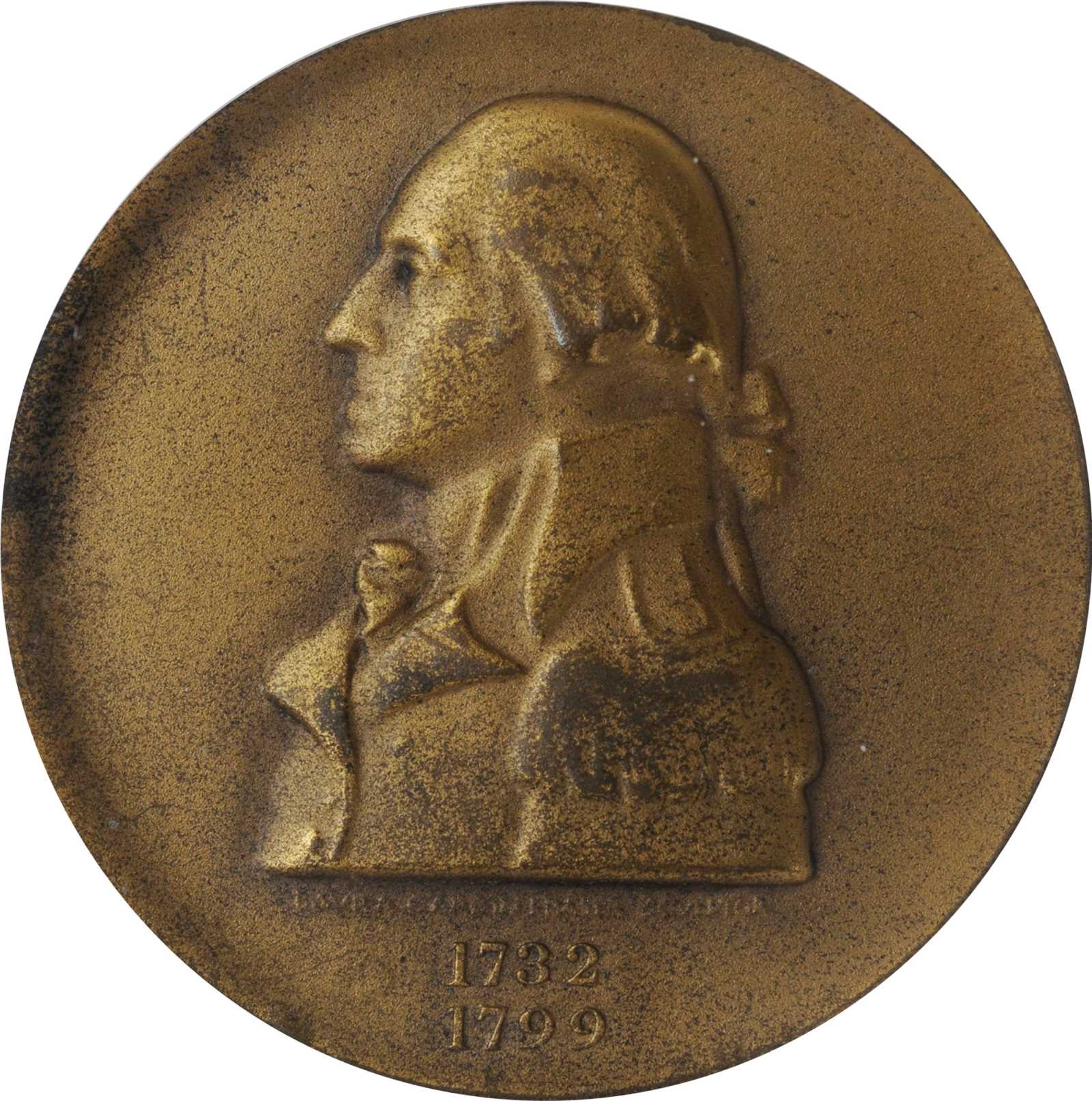 1946 United States Assay Commission Medal. Bronze. 51 mm. By Laura Gardin Fraser and John R. Sinnock. JK AC-91a. Rarity-7. Edge Incuse WILLIAM H. KIRKPATRICK. MS-62 (NGC). Overall sandy-gold surfaces exhibit speckled flint gray overtones that are most prominent over the high points of Washingtons portrait and at the upper left border on the obverse. Boldly defined with the original sandblast finish fully appreciable.At the time this medal was produced, the common assumption was that the Commission had been meeting annually since 1792 (other than 1817 when no assay was held) making the 1946 Assay the 154th Commission meeting. However, more recent research has shown that while the Assay was proposed in 1792, the first meeting did not actually take place until 1797, which would make the 1946 Assay the 149th, not 154th, meeting. The obverse portrait is adapted from Laura Gardin Frasers 1932 Washington Bicentennial medal, Baker-900. The reverse design was recycled, as well, this time using the same view of Mount Vernon that had been used on the 1932 Assay Commission medal. JK AC-91 is rare, and this is only our second offering for the issue in recent memory. Missing from our (Stacks) November 2008 sale of the Keusch Collection.Laura Gardin, a pupil of James Earle Fraser, became his wife. The duo is perhaps best remembered for their design of the 1928 Oregon Trail Memorial commemorative half dollar. On her own, Laura produced many medals, including for the Society of Medalist series. From the Richard Jewell Collection.