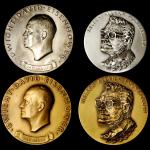 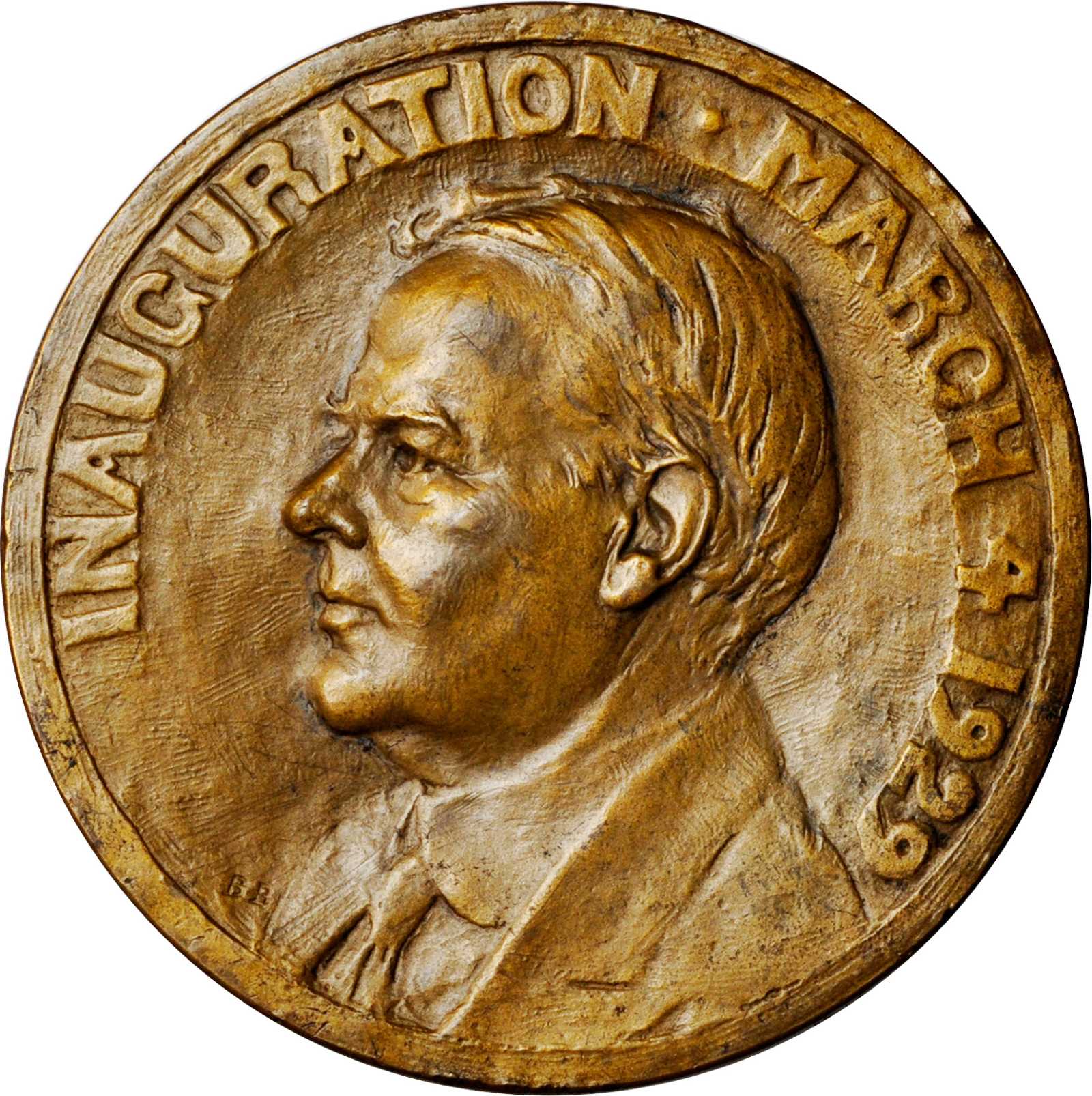 1929 Herbert Hoover Inaugural Medal. Bronze. 69.5 mm. By Henry Kirke Bush-Brown. Dusterberg OIM-7B70, MacNeil HCH-1929-2. About Uncirculated. Dies by Medallic Art Co. and struck by the U.S. Mint. Mahogany brown with a matte-like texture and bold strike. The obverse shows some very slight rubbing on the highest parts of the portrait, but the reverse has some stray contact marks here and there - particularly over the shield on the eagles breast. The edge has numerous tiny pinprick indentations which are not detectable from either the front or back. Despite the tiny flaws, this example presents very pleasingly in hand. The 1929 Hoover Inaugural medal in bronze has always an elusive issue that it is much more difficult to find than its mintage of 1,012 would suggest. In fact, we have handled just four other pieces over the past ten years.