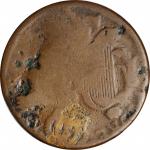 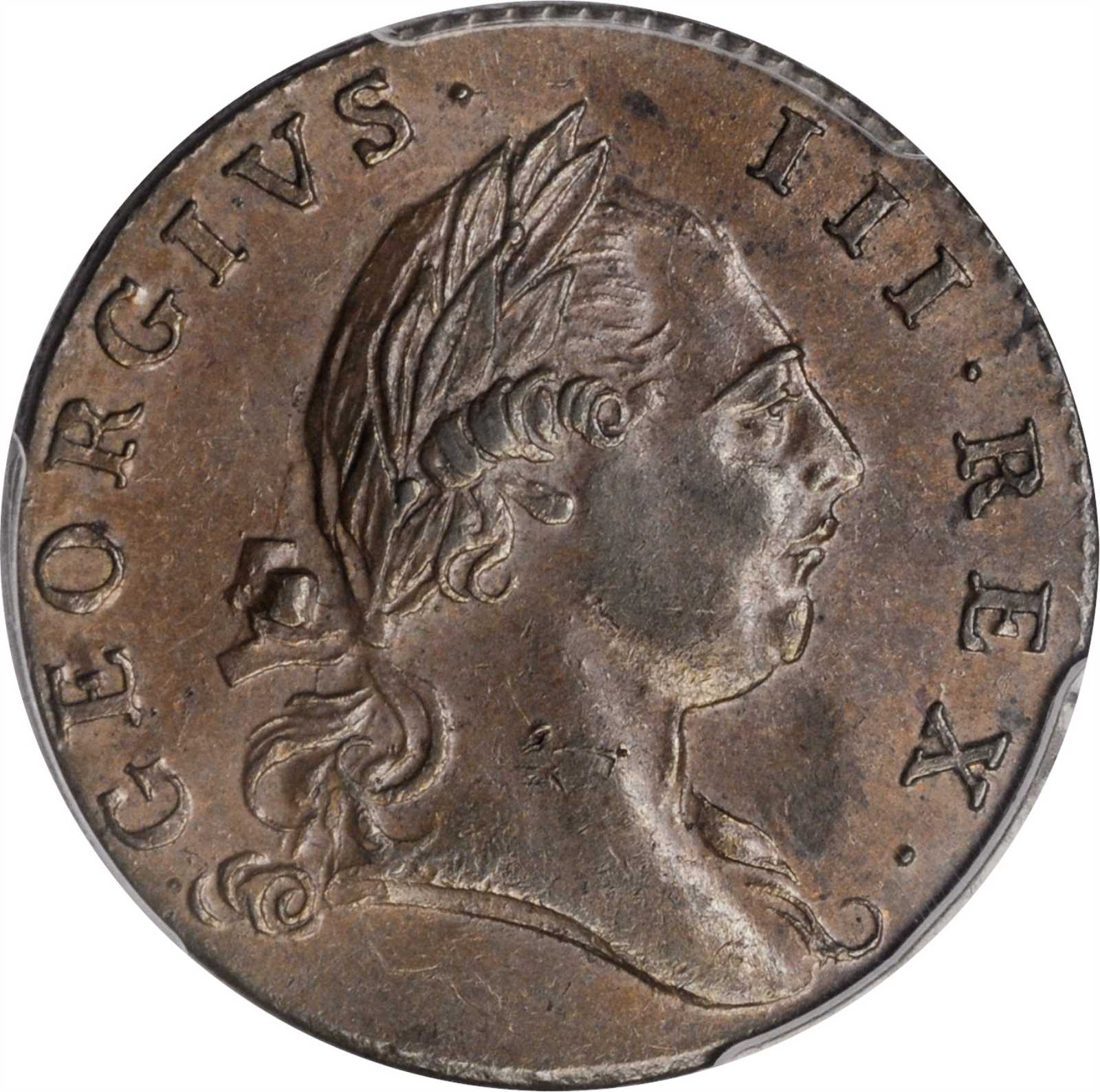 1773 Virginia Halfpenny. Newman 25-M, W-1580. Rarity-2. Period After GEORGIVS, 7 Harp Strings. MS-63 BN (PCGS).Satin to modestly semi-reflective surfaces exhibit a few blushes of medium copper to otherwise golden-brown patina. The strike is well executed for the type with good centering and overall sharp detail throughout the design. Solid Choice Mint State quality with only a few trivial handling marks and other light blemishes that are easily overlooked. Although the April 10, 1606, charter that King James granted to Virginia gave the colony coinage privileges, it was not until December 20, 1769, that the Virginia House of Burgesses passed an act allocating money for the minting of copper coins in Britain. The final design was approved in 1772, and on May 20, 1773, the English crown authorized the coinage of halfpennies for Virginia. The coins were struck in the Royal Mint in the Tower of London and are, in fact, the only coins authorized and produced in England for use in an American colony. The present offering is sure to catch the eye of collectors seeking an attractive Mint State type candidate from this historic Colonial era series.<p>This lot includes Colonial American Coin Club photo certificate #154491 for this coin executed for member number 150 and signed by Don Taxay, a collector tag with notes about this coins grade, and a letter dated September 4, 1975 on Colonial American Coin Club letterhead and signed Don Taxay that provides historical information about the Virginia halfpenny. <em><strong>The supporting materials are available to the winning bidder upon request to Stacks Bowers Galleries at the close of the auction</strong></em>.