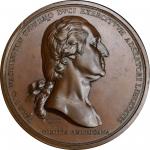 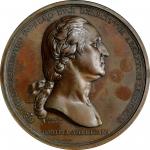 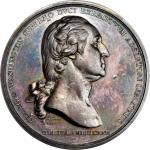 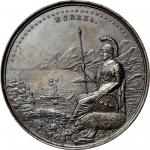 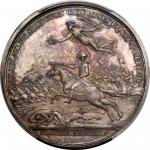 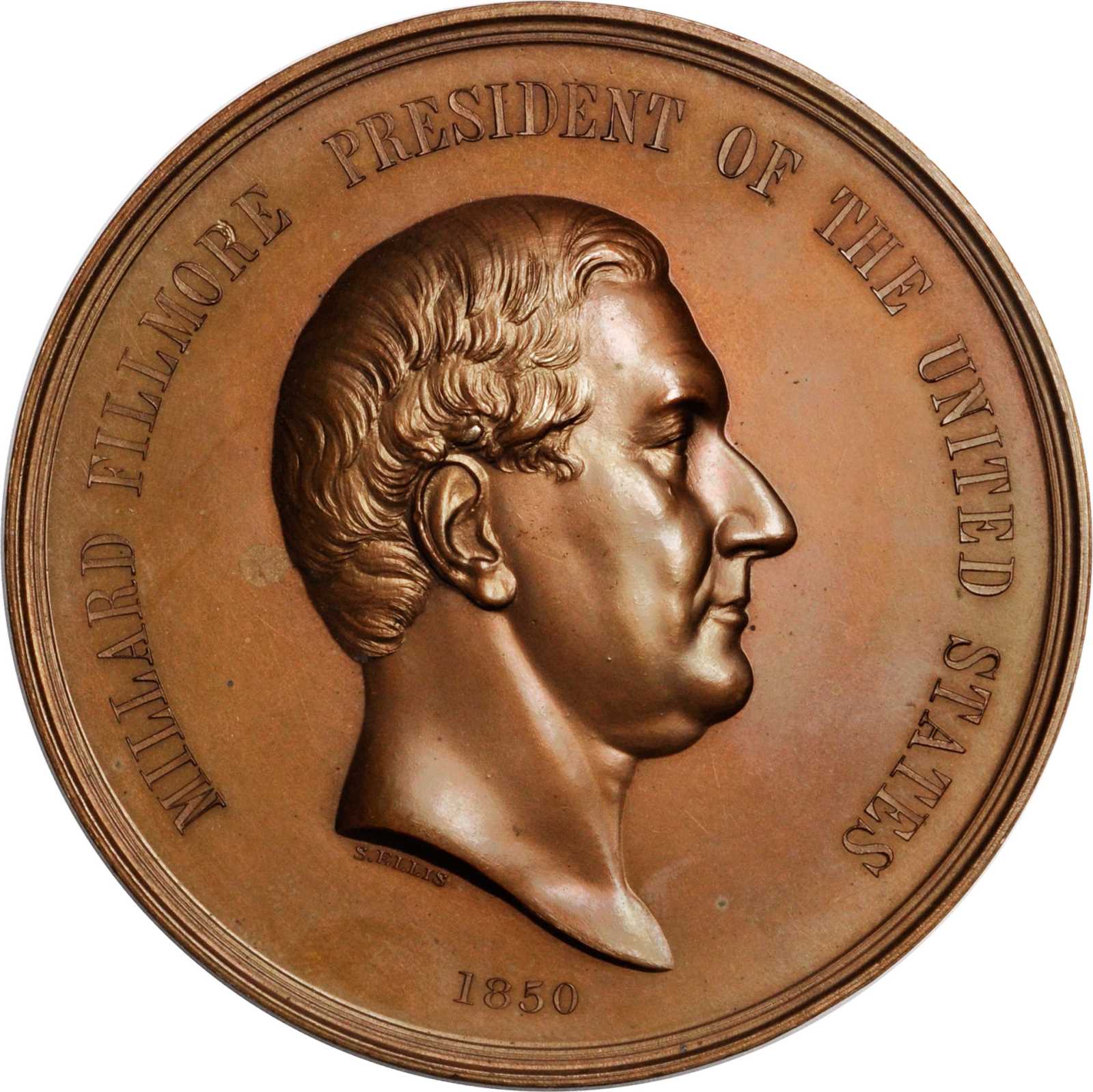 1850 Millard Fillmore Indian Peace Medal. Large Size. Bronze. 76 mm. Julian IP-30. Mint State.Iridescent undertones of salmon pink and pale olive flash into view as the obverse dips into a light, otherwise we note dominant golden-bronze patina on both sides. Smartly impressed with sharp striking detail, scattered flyspecks are evident in the obverse field, faint spot behind Fillmores head, carbon spot near the upper right corner of the flag on the reverse. The dies for the Millard Fillmore Indian Peace medals were accomplished by Salathiel Ellis and Joseph Willson, and were the first in this series produced outside of the Mint. Likewise, they represent a departure from the original styling that had been generally in use since the medals of Jefferson. The new reverse design represented less of a theme of "friendship" and more one of assimilation expected of the Native Americans into the society brought by the settlers. The settler stands facing the indigenous man, pointing upward to the three words LABOR VIRTUE HONOR, seeming to suggest that the authors of the design did not see native cultures possessing these values.`