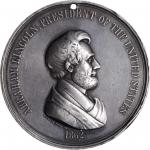 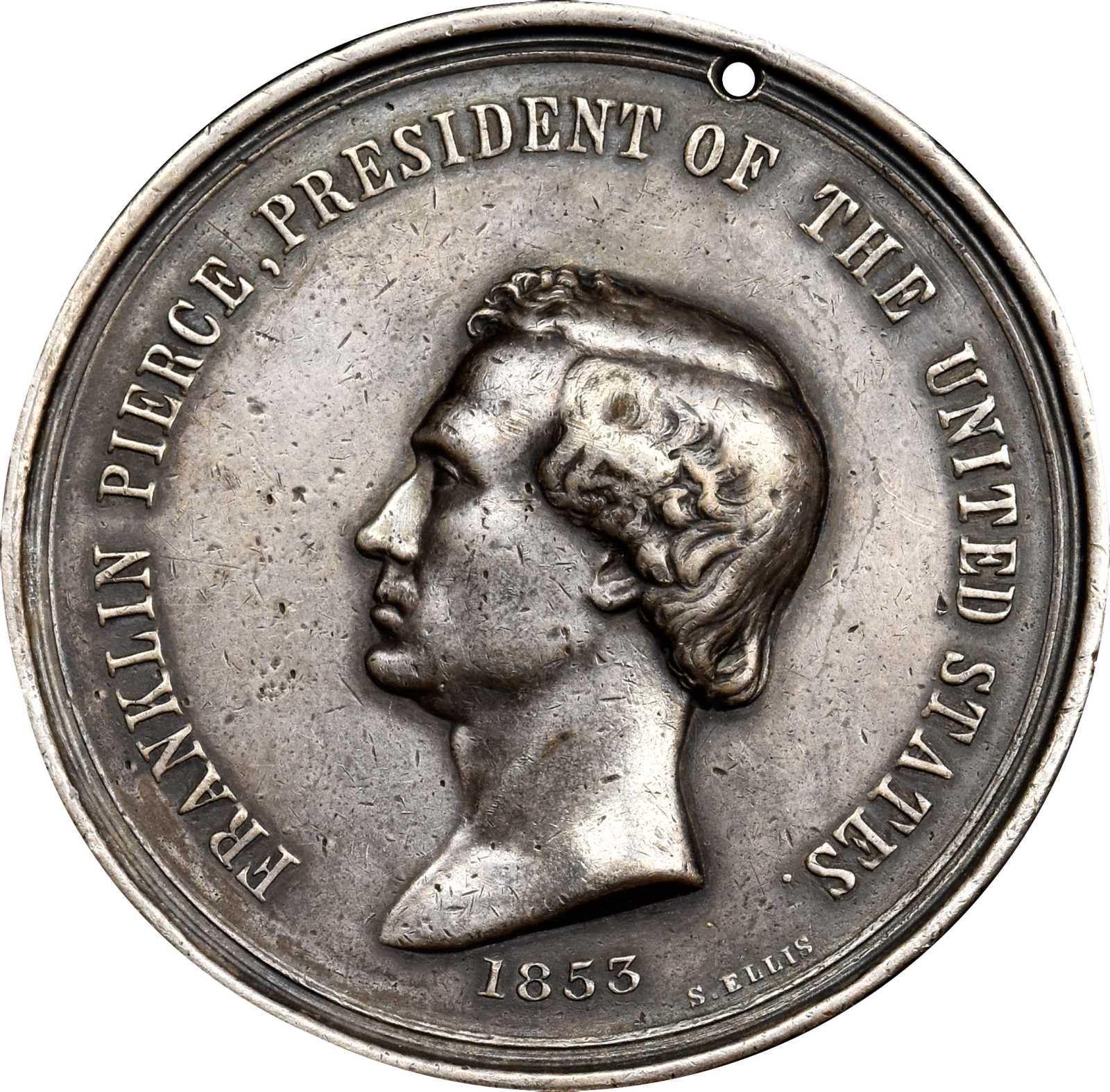 1853 Franklin Pierce Indian Peace Medal. Silver. Medium Size. 63.51 mm, 1,748.8 grains. Julian IP-33, Prucha-49. Very Fine.Neatly pierced for suspension just right of 12 oclock, as issued. Very pleasant light gray silver with deeper gray toning toward the protected periphery of each side. A line of pale blue iridescence has formed close to the portrait. Clearly awarded and worn by the recipient, resulting in scattered fine marks. However, the surfaces are free of heavier impairments often seen on such medals. The second size Pierce medals are rarer than the large size variant. The landmark John J. Ford Collection included two examples, a pleasing Very Fine, trivially sharper than the present one, and a lower grade medal called Very Good. In contrast, that collection included five of the large size medals. In cataloging the Ford Collection, Michael Hodder reported six examples of this size known to him, this specimen which was a new discovery when we sold it in 2013, would be an addition. There were 150 examples struck in this size, and approximately 128 pieces distributed, so the survival rate is low. Earlier research by Carl Carlson had turned up only two auction appearances of this medal. A charming rarity that has much to offer, as pieces clearly awarded to Native Americans are the most prized. Medal collectors of all types can appreciate the relatively smooth, problem-free surfaces seen here.From the collection of Jochen Zeitz. Earlier from our ANA Sale of August 2013, lot 1083. 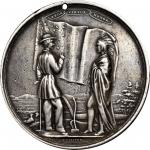