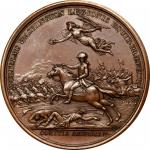 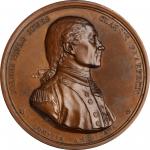 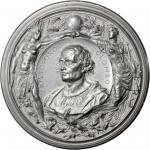 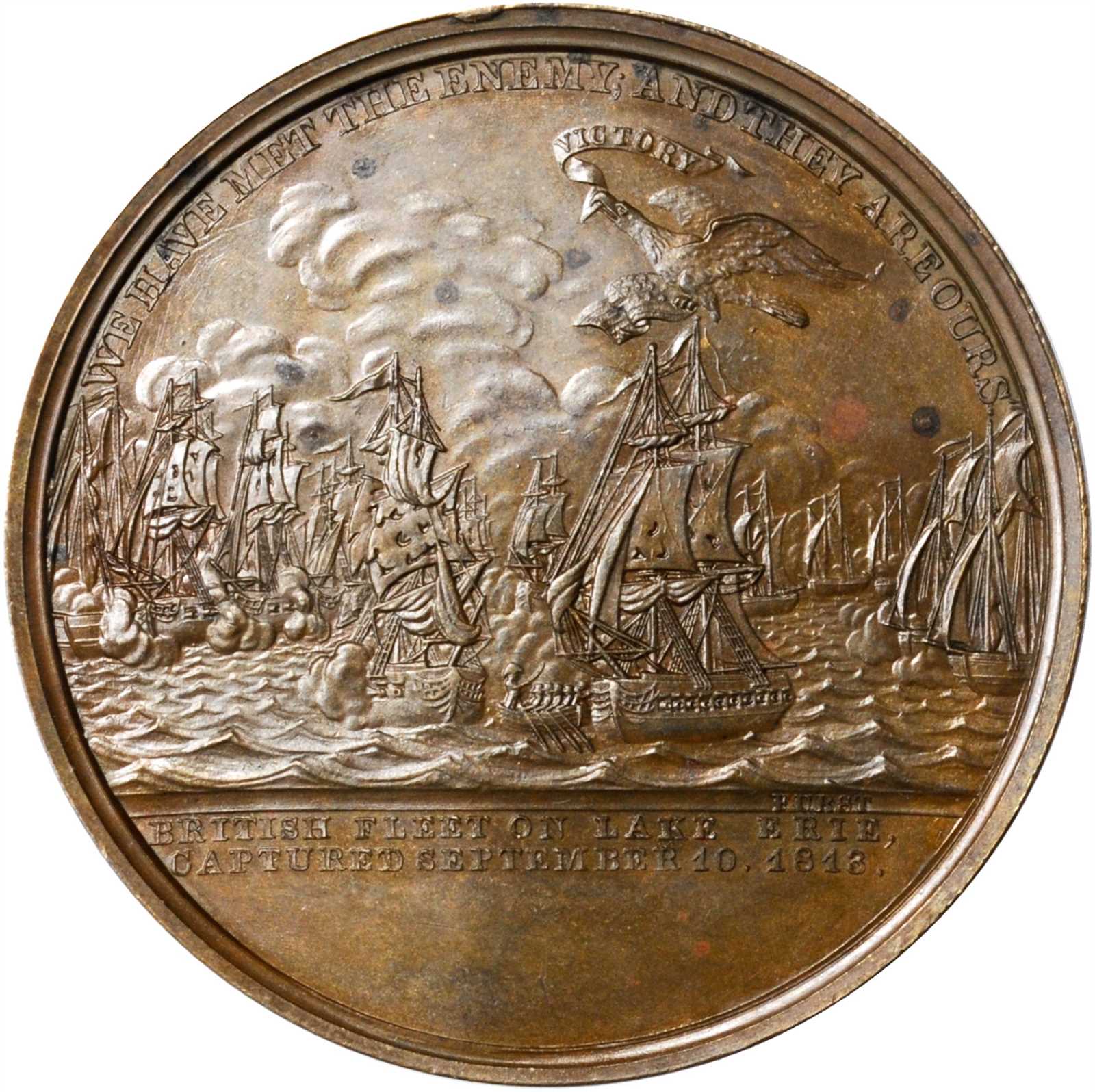 1813 (ca. 1870s) Master Commandant Oliver H. Perry Naval Medal Mule. Reverse of Julian NA-18 / Reverse of Julian NA-20. Bronze. 59.5 mm. About Uncirculated.An extremely unusual muling, struck ca. 1870s before the NA-20 reverse was permanently replaced in 1880. Handsome autumn-brown patina with a few swirls of variegated color scattered about, especially on the NA-20 side. We note only minor handling marks that are easily overlooked at most viewing angles. Both of these reverses were executed by Moritz Furst to mark the September 1813 victory of Oliver Hazard Perry on Lake Erie during the War of 1812. The NA-18 die is in nice condition and remained in use through the 1870s and after. The NA-20 die, with its exceptional depiction of the battle scene topped by an eagle proclaiming VICTORY, is bowed and swollen at center, clearly approaching the end of its useful life. These piece was probably struck as a special favor to contemporary collectors. It was not represented in the Ford sales and is clearly very elusive. In fact, this is only the second example that we can recall handling in recent years, the first appearing as lot 796 in our (American Numismatic Rarities) Lake Michigan and Springdale Collections sale of June 2006.