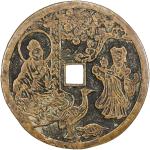 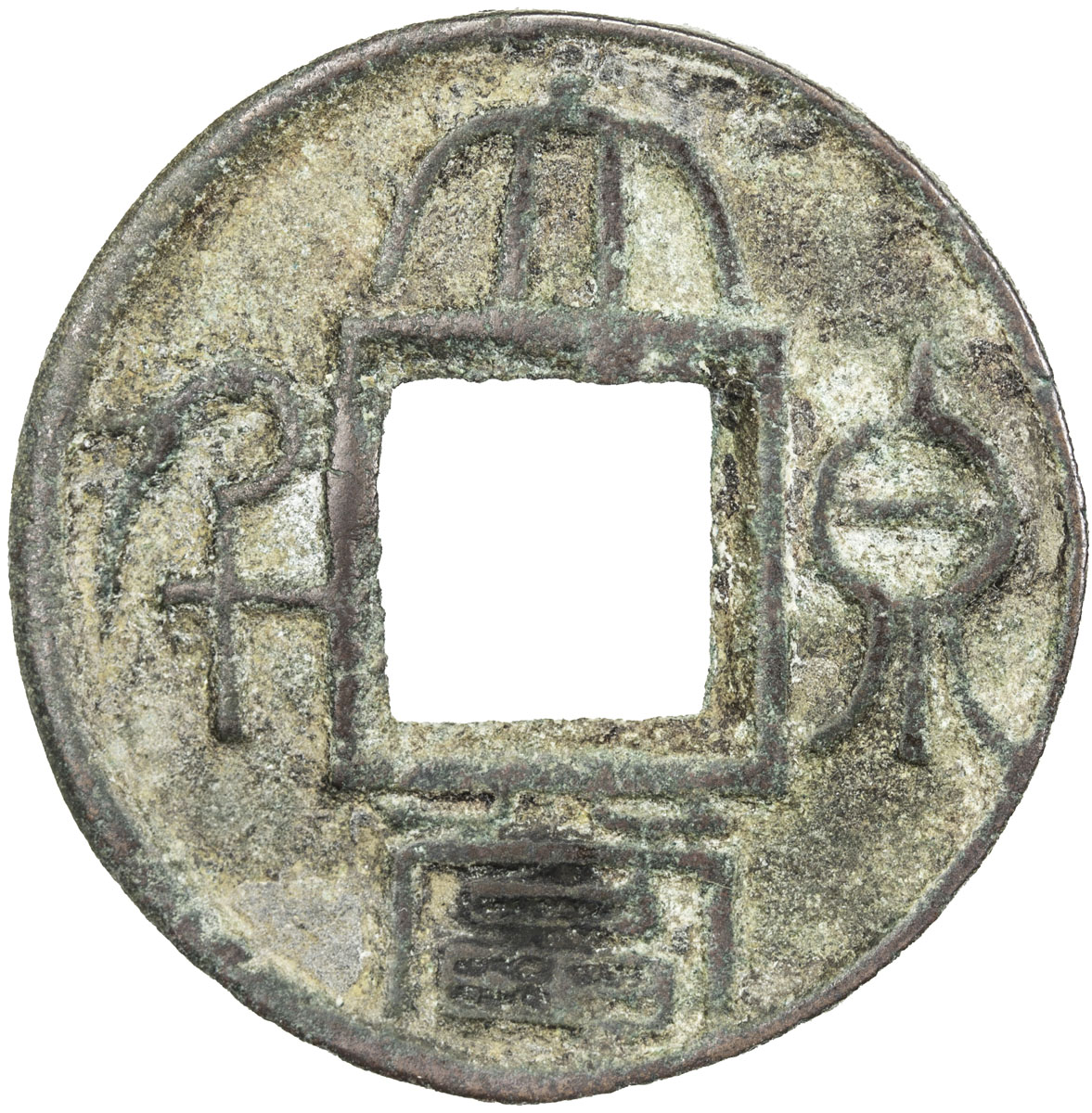 三国大泉当千普版 美品
China - Early Imperial，WU: Anonymous, 222-280, AE cash (10.02g), H-11.33/34, da quan dang qian (large coin value one thousand), medium size planchet, pleasing example for type, Fine. In 238 AD Sun Quan, King of Wu, coined the "value 1000" coins. Copper held in private hands was confiscated and exchanged for these coins in order to prevent illicit coining. All these coins are thought to have been cast in Nanking or in Hubei. Eastern Wu (Sun Wu) was one of the Three Kingdoms competing for control of China after the fall of the Han Dynasty in the Jiangnan (Yangtze Delta) region of China. During its existence, its capital was largely at Jianye, modern Nanjing, but at times was at Wuchang. During the decline of the Han dynasty, the region of Wu - a region in the south of the Yangtze River surrounding Nanjing - was under the control of the warlord Sun Quan. Unlike his competitors, he did not really have the ambition to be Emperor of China. However, after Cao Pi of Cao Wei and Liu Bei of the Shu Han each declared themselves to be the Emperor, Sun Quan decided to follow suit in 229, claiming to have founded the Wu Dynasty. Sun Quans long reign resulted in the stabilizing of the south. Wu and Shu had a military alliance, to defeat Wei in the north. Wu never managed to gain territory north of the Yangtze river, but Wei never managed to take territory south of the river. Eastern Wu was finally conquered by the first Jin emperor, Sima Yan, in 280. Wu was the longest-lived of the three kingdoms.