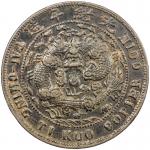 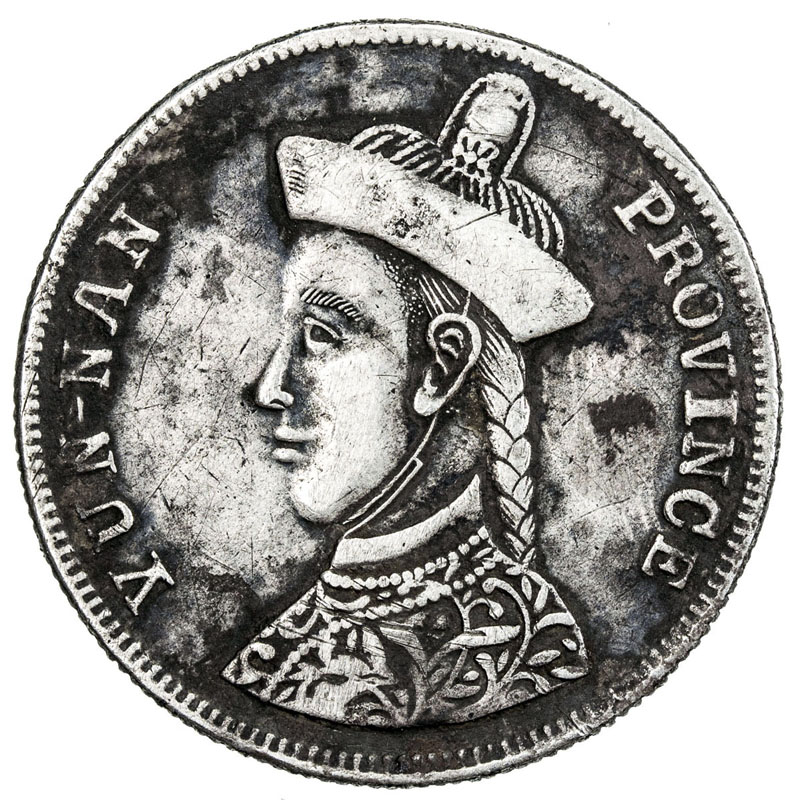 Lot 916 YUNNAN: Kuang Hsu， 1875-1908， AR trade rupee， ND [1907]。 LM-427， Wenchao-pg，rarity five stars41。 This type is clearly modeled after the Szechuen Tibet Rupee series and although similar in appearance， various modifications have been made to the design which include some stylistic changes and the addition of the English legends YUN-NAN PROVINCE around central portrait

However it was minted on a limited trial basis and never reached full production. For this reason examples are seldom encountered today and are extremely rare. This is only the fourth example－appear for sale on CoinArchives in 15 years. 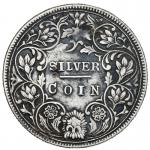